With so many strong female roles, Big Little Lies is a rare gift for Hollywood’s female stars.

And along with filling their awards cabinets, the HBO show has also resulted in some rich new friendhsips.

Leading ladies Nicole Kidman and Reese Witherspoon showed just how strong their bond is as they partied together on Friday night.

Sharing the love: Country star Keith Urban, 50, cuddled up to his actress wife Nicole Kidman, 51, and her pal Reese Witherspoon, 42, after his gig in Nashville, Tennessee on Friday night

Reese had gone along to watch her friend’s husband of 12 years Keith Urban in concert alongside 20,000 screaming fans at the Bridgestone Arena in Nashville.

The actresses wrapped the second season of their HBO series Big Little Lies on August 18 and were ready to party.

Nicole, 51, and Reese, 42, both cuddled up to Keith after the concert and he shared the moment on Instagram. 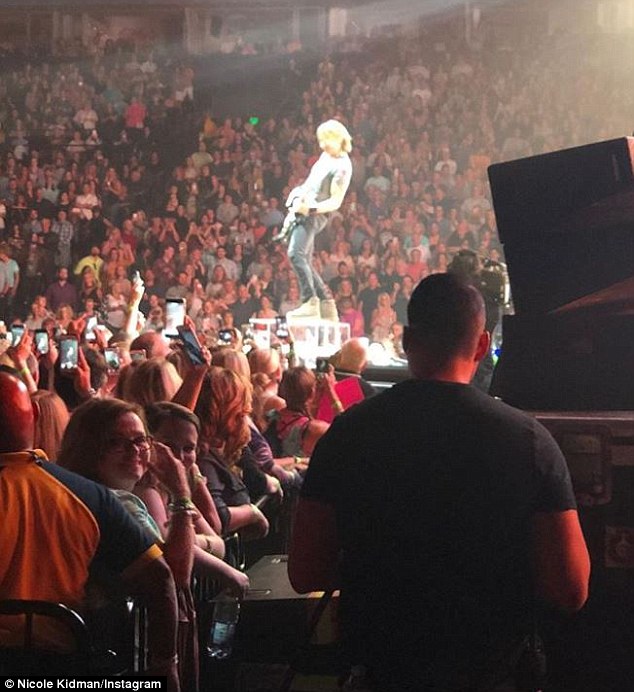 Guitar hero: Nicole took this snap of her husband wowing the 20,000-strong crowd at the  Bridgestone Arena, captioned,  ‘Watching Keith play guitar in Nashville,’ with a heart emoji

He captioned it: ‘Nashville – U guys were phenomenal tonite – big love from all of us here backstage to all of U xxxxxxx – KU #GraffitiUWorldTour.’

She also posted a snap of her talented husband on stage, which she captioned: ‘Watching Keith play guitar in Nashville,’ with a heart emoji.

Keith, who hails from New Zealand, is in the early stages of his Graffitu U world tour which began on June 15 in Maryland Heights, Missouri and is due to end on February 6, in Melbourne, Australia after 72 shows.

Meanwhile, Australian star Nicole paid tribute to the cast and crew of Big Little Lies by sharing a snap of herself wearing a T-shirt with the names of many women on the front. 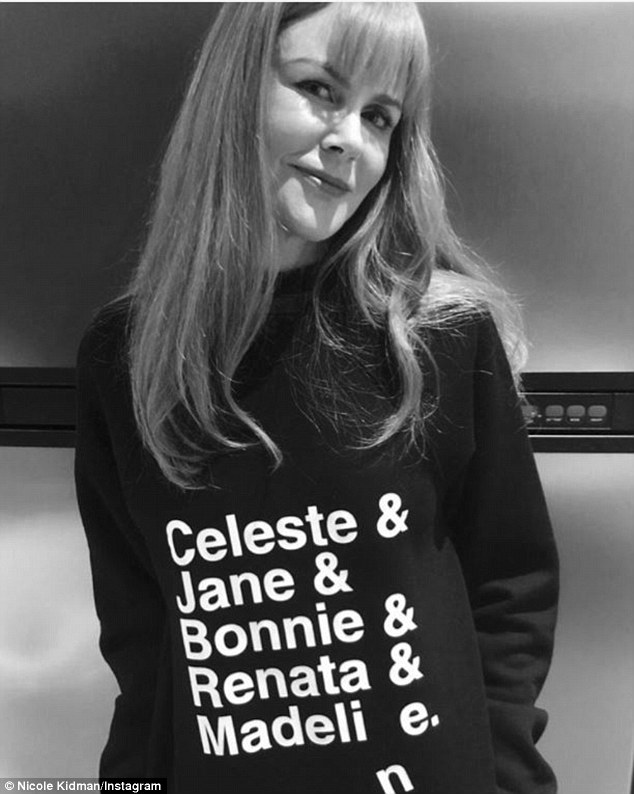 ‘What a beautiful journey this has been’: Nicole paid touching tribute to the cast and crew of Big Little Lies 2 in this snap she posted when filming wrapped on August 18

She captioned it: ‘That’s a wrap on #BigLittleLies Season 2 filming! What a beautiful journey this has been with my Monterey 5 sisters and our passionate dedicated crew.

‘Thank you HBO for the amazing opportunity and thank you [director] Andrea Arnold for being our fearless leader, and of course the one and only Meryl Streep for believing in us. I love you all. xx’

The two actresses starred in and produced the drama via their companies, Reese’s Pacific Standard and Nicole’s Blossom Films. 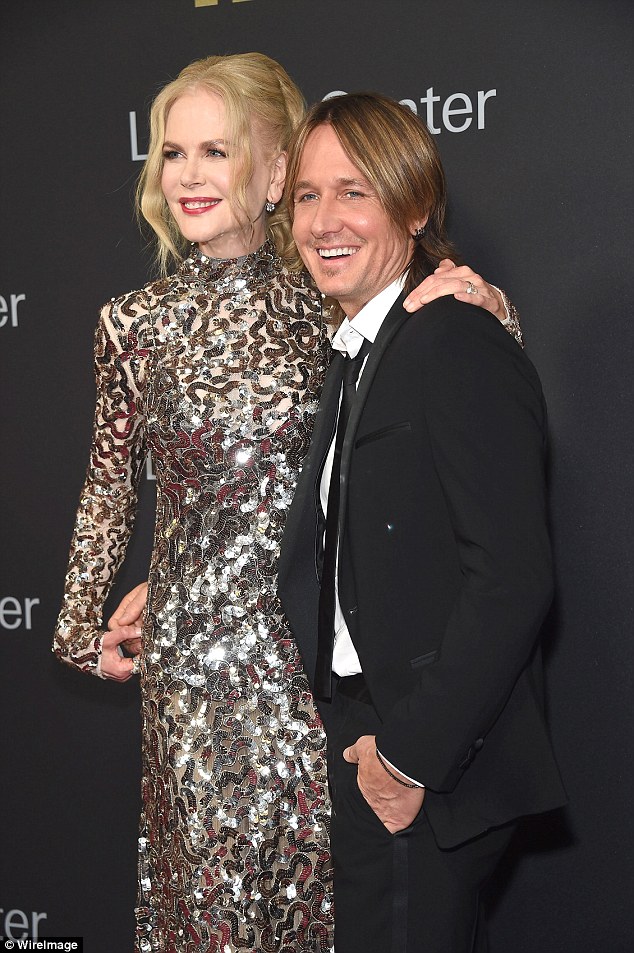 Big love: Nicole and Keith, who have been married we years,  dressed up for the Lincoln Center American Songbook gala in May, With Keith on tour it may be a while until their next date night