‘It’s been really hard’: Nicole Kidman shares her heartache at being unable to see mum Janelle on Mother’s Day as they self-isolate in different countries

Nicole Kidman has revealed how the coronavirus pandemic is affecting her family.

Speaking to the Sydney Morning Herald on Sunday, the 52-year-old shared her heartache at being unable to see her mother Janelle this Mother’s Day.

The actress is self-isolating amid the COVID-19 pandemic at her Nashville mansion with husband Keith Urban and their two daughters, while Janelle lives in Sydney, Australia.

‘So many people are in the same position’: Nicole Kidman has shared her heartache at being unable to see her mother Janelle (pictured) this Mother’s Day amid the COVID-19 pandemic

‘I would love to be able to have a cup of tea with mum and sit on the balcony and talk about life, and have her tell me what I should be doing,’ said Nicole.

‘I have my immediate family here, but I don’t have my extended family, who are so much a part of me. I can’t touch them. So many people are in exactly the same position. So many people right now are going, ‘When do I see my family again?”

Making things even more difficult for the Australian actress is the fact that she was unable to see her beloved mother Janelle on her 80th birthday in March. 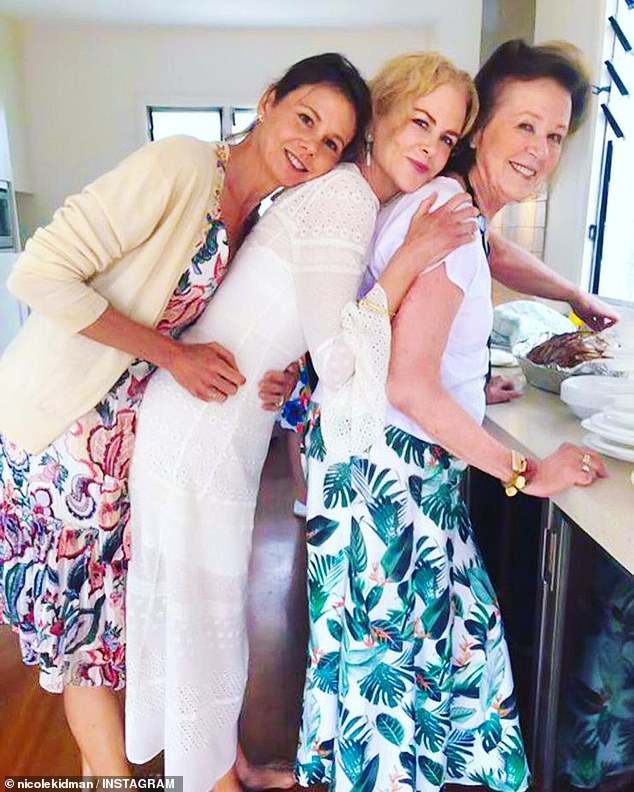 ‘I would love to be able to have a cup of tea with mum’: Nicole said it has been ‘really hard’ being unable to see family. Pictured: Nicole with sister Antonia (left) and mum Janelle (right)

‘Talk about just gut-wrenching. At least there’s FaceTime and technology because that’s been a saving grace… It’s been really hard,’ added Nicole.

Earlier this year, it was reported that Nicole, Keith, 52, and daughters Sunday Rose, 11, and Faith Margaret, 9, were relocating to Sydney to ‘be closer to Janelle’.

According to The Sunday Telegraph in March, Janelle’s ‘ailing’ health prompted the decision, after her cardiac condition ‘first raised alarm bells’ two years ago. 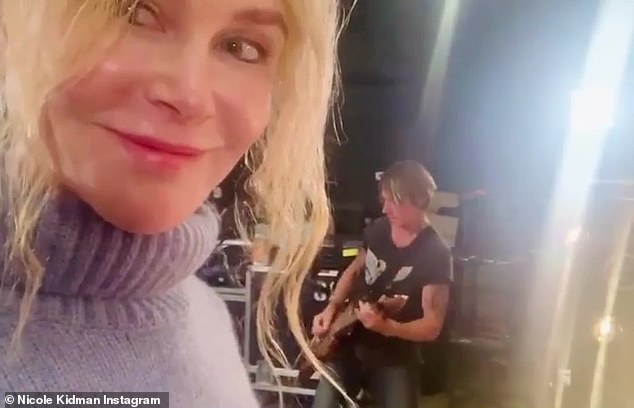 Distance: The actress is self-isolating at her Nashville mansion in America with husband Keith Urban (pictured) and their two daughters, with Janelle at home in Sydney, Australia

It was reported at the time that Nicole and Keith had already enrolled their daughters in a Southern Highlands girls’ school, before coronavirus was declared a pandemic.

On Sunday, Nicole went on to praise COVID-19 frontline workers around the world.

She said she is in a place of ‘great awareness and gratitude for what other people are giving up’ and commends them all for their personal sacrifices. 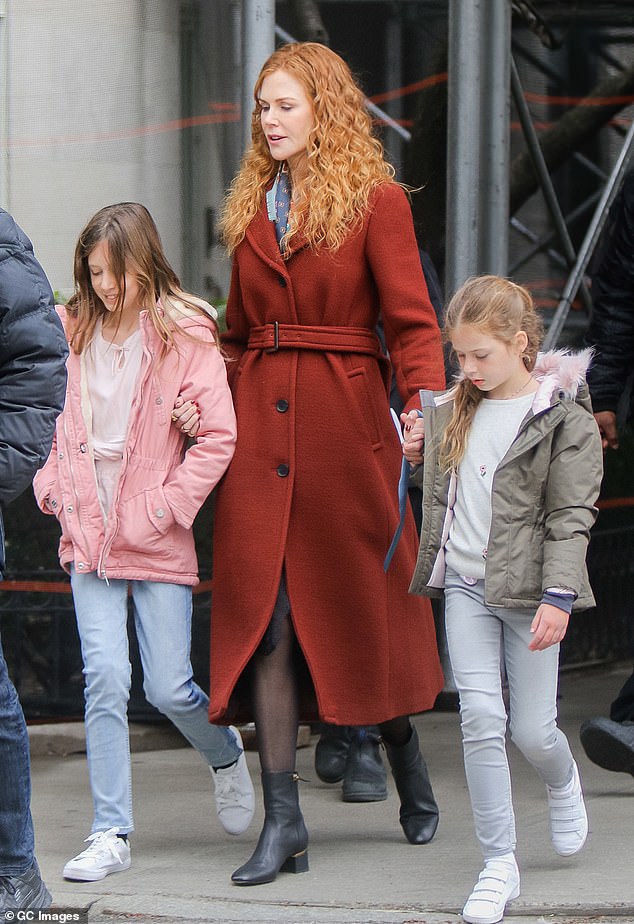