Sarah Muirhead was just ten years old when she found out her aunt had been brutally murdered and raped by a depraved sex monster.

Confused as to why she wasn’t allowed to go to sleepovers like her friends, she kept nagging her mother to let her go – until one day mum just snapped.

She told her that on Boxing Day 1983 – two years before Sarah was born – her aunt Julie Anne Muirhead had been raped and killed by Mark Richard Lawrence.

Lawrence, then 22, lured Julie, 29, out of Wolston Park Hospital in Brisbane, where both were involuntary patients at a psychiatric ward, with the promise of beer.

He led her to a river bank where he choked her with a tea towel, raped her, and slashed her throat with a broken bottle before burning her body.

The heinous crime sent her entire family into a downwards spiral that ‘shattered’ the lives of four generations and left Sarah’s mother a paranoid wreck.

Now, decades later, the sexual sadist responsible for the family’s ongoing pain and suffering is set to be released – despite warnings he is still capable of committing serious crimes.

Julie Anne Muirhead, 29, was raped and murdered then her body burned after she was lured away from Wolston Park Hospital in Brisbane by the promise of beer 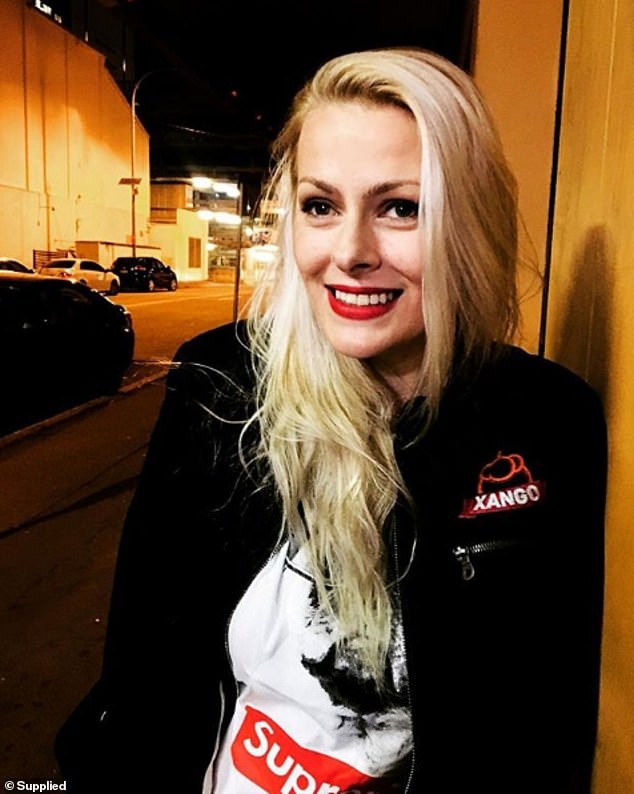 Her niece Sarah Muirhead, 35, described the ripple effect from Julie’s murder that shattered four generations of her family and defined her whole life

The repeat offender will be released on Monday after 36 years in jail unless Queensland Attorney-General Yvette D’Ath intervenes.

Lawrence, now 58, has previously confessed that he had ‘always wanted to kill a girl’ and told one doctor that he ‘tried to kill his 12-year-old sister’.

He is being released on the the basis that he will take anti-libido drugs that will reduce his testosterone levels despite serious concerns that he will reoffend.

Sarah, 35, said if two psychiatric reports said Lawrence was no longer a danger, she wouldn’t oppose his release.

‘But according to all of the documents tendered to the court, there’s a high risk someone else will suffer,’ she said. 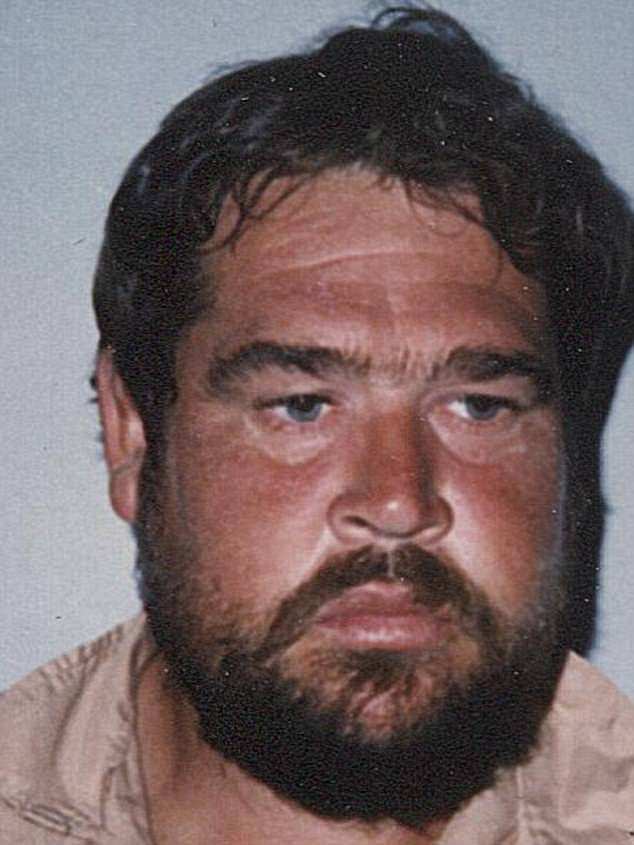 Lawrence, now 58, has previously confessed that he had ‘always wanted to kill a girl’ and told one doctor that he ‘tried to kill his 12-year-old sister’ 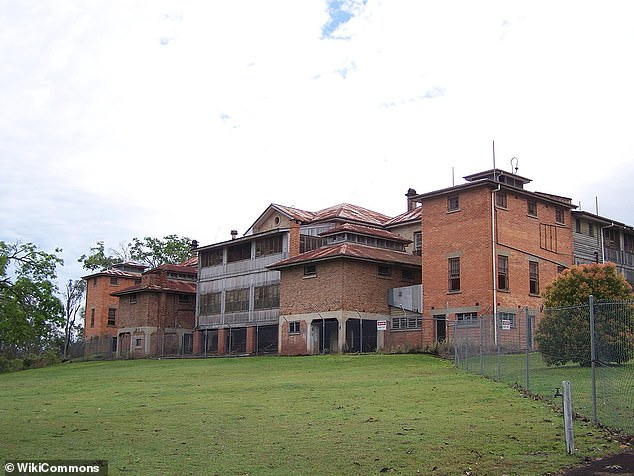 Lawrence was 22 when he lured Julie, 29, out of Wolston Park Hospital (pictured) in Brisbane , where both were involuntary patients at a psychiatric ward, with the promise of beer

THE BRUTAL MURDER OF JULIE MUIRHEAD

On Boxing Day in 1983, Mark Richard Lawrence lured Julie Muirhead from Wolston Park Hospital, a psychiatric hospital in the Queensland suburb of Wacol, and brutally raped her before slitting her throat and burning her body.

Ms Muirhead, 29, was discovered on January 4, more than a week after the attack, half-naked and with a tea towel wrapped around her neck.

When her corpse was found badly burned with her underwear around her ankles, her parents had to identify it.

Lawrence and his co-accused pleaded guilty to manslaughter, avoiding murder trials, and he was jailed for 15 years.

The sadistic murderer was due to be released from jail on February 7, 2008, after serving a further seven-year sentence for the rape of a prisoner in 1999.

Since then his sentence has been extended under laws keeping dangerous sex offenders in jail.

‘He raped another inmate in prison without any fear of consequences. He doesn’t care if he ends up in jail again, he just wants to opportunity to reoffend.’

Sarah’s family are proof of the terrible consequences of letting Lawrence out of jail.

‘I was born into the aftermath, my family had not even begun to recover. Her murder affected every single aspect of my childhood, my life,’ she told Daily Mail Australia.

Her first memory as a toddler is her mother failing to resuscitate her grandmother on the bathroom floor after she drowned herself out of grief.

Sarah said her mother had a caesarean the day before Julie’s birthday because she was afraid Sarah would be born on the same day.

‘In my mum’s mind that meant something bad would happen to me. From before I was born I never had a chance at a normal life because of this man,’ she said. 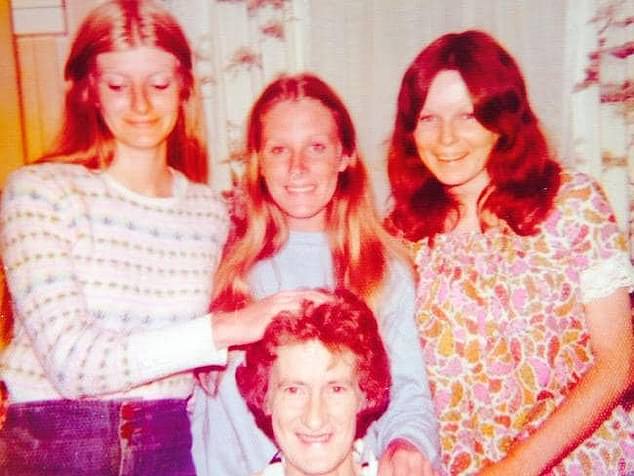 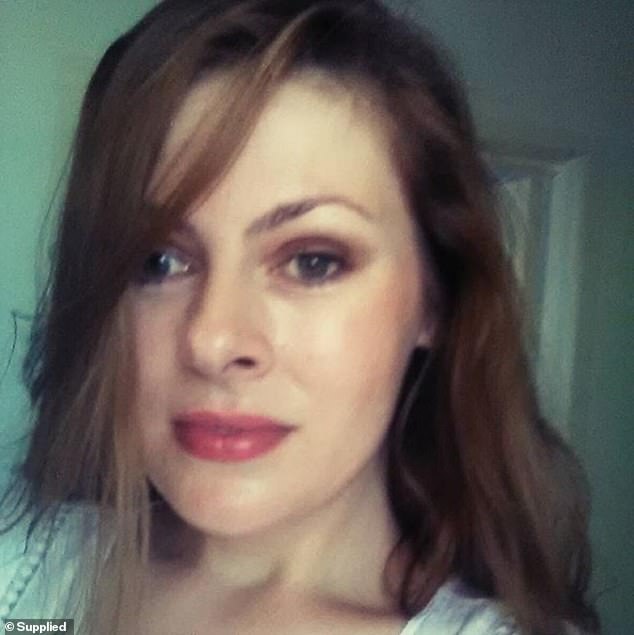 Sarah (pictured in 2016 before dying her hair) was the spitting image of her aunt growing up, which made it difficult for her grandfather to bond with her

‘With my birthday the day before it was never a proper birthday because the next day it was hers.

‘And because Julie was murdered on Boxing Day, every single Christmas was horrendous. Everyone was in tears and arguing with each other while trying to make the day normal – but it never could be.’

Sarah’s father left her mother while she was pregnant amid the strain of Julie’s death, forcing them to move in with her grandparents.

‘Because I looked so much like Julie growing up, my poor grandfather had to look at me every single day and see his daughter who was gone,’ she said.

‘It made it really hard for him to bond with me, he didn’t want to look at me.’

Sarah’s mother was so traumatised by her sister’s murder that she lived in debilitating fear that her daughter could suffer the same fate.

‘I was never allowed to go to friends’ houses because my mum was terrified that their fathers or their brothers would do something to me,’ she said. 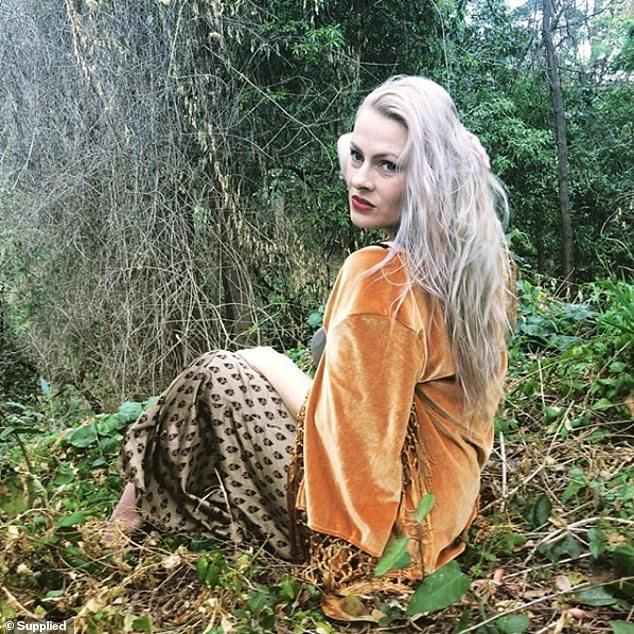 Sarah, 35, said she learned from a news article Lawrence was to be released after more than a dozen attempts – none of which her family was allowed to address

‘I wasn’t allowed to play out in the street or ride my bike, even in my early teens.

‘I’ve never been able to trust men and never will, because I was taught not to every day for the first 18 years of my life.

‘She told me over and over again that any man could kill me and she would physically keep me away from all the males at any social gathering, even with family, and I had no idea why.’

Now with an 11-year-old daughter of her own, she realises that if she was in her mother’s position, she would have done the same thing.

But as a teenager she felt suffocated by the constant sadness and left Brisbane with little more than the clothes on her back aged 18.

‘I needed to start a new life. I have no photos of myself as a child, I couldn’t have any visual reminders around, it’s the only way I can life my life,’ she said.

However, her mother never recovered and was trapped in what Sarah likens to an ‘invisible prison’, straining relations to breaking point. 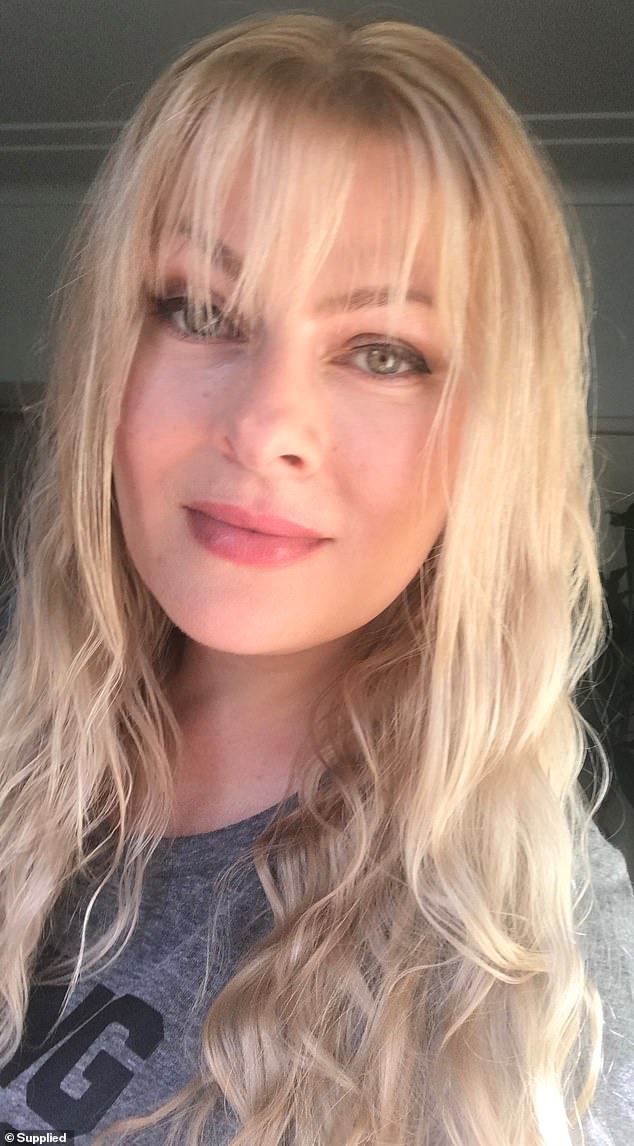 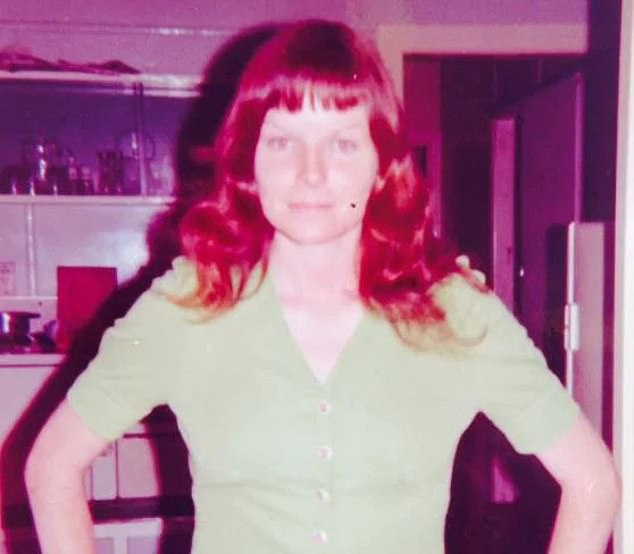 Julie’s body was finally found days after her murder, badly burned with her underwear around her ankles

‘I don’t even know if my mother is still alive, I haven’t spoken to her since 2016. I know that sounds terrible but my family really did shatter,’ she said.

Sarah said she was, with the help of a family psychologist, trying to give her daughter as close to a normal life as possible far from Brisbane in Sydney.

But though the young girl is ‘independent and headstrong’, Sarah said she couldn’t help passing down a ‘hyper-vigilance’ that made her old then her years.

‘She’s always been very aware of what’s right and wrong for adults. She’ll tell my husband or anyone else off if she sees them behaving inappropriately,’ she said.

‘One of her friends told her she was raped by a family member and she immediately brought it to me. Other 11-year-olds wouldn’t know what to do, but she did.’

Lawrence looms as a constant spectre over their lives and his dozen attempts to be released on parole hurt like a stabbing pain each time.

With a small pool of suspects it was not long after the Julie’s murder before police arrested Lawrence and elicited a chilling confession. 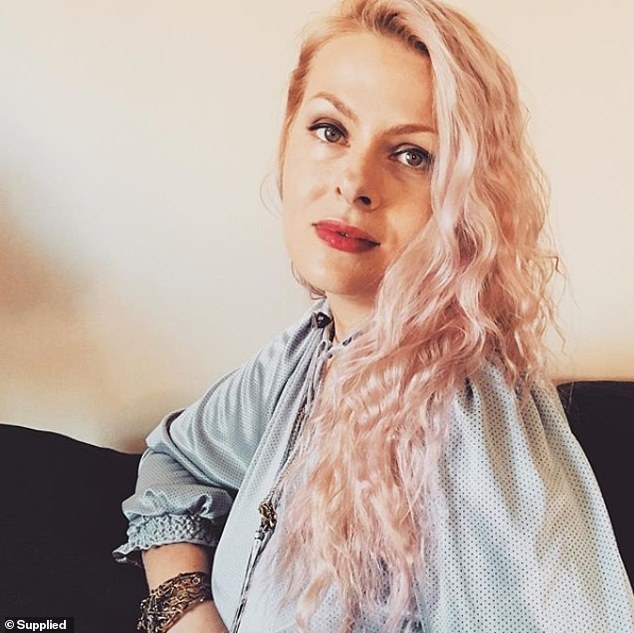 ‘I think she was definitely dead before one of us set her alight,’ he said.

Lawrence and his co-accused pleaded guilty to manslaughter, avoiding murder trials, and he was jailed for 15 years.

Another seven years was added on when he raped a fellow inmate in his dormitory-style prison in October 1999.

‘Don’t make a noise, because I’ll kill you,’ he said during the rape, and after told him: ‘I’ll be watching you. And remember, I’m a psychopathic murderer.’

By 2008 he Lawrence was eligible for parole but authorities used the Dangerous Prisoner (Sexual Offender) Act to lock him up indefinitely.

He appealed numerous times, even all the way to the High Court, but was denied until 2014 when the Supreme Court said he should be released under strict conditions.

Justice Bowskill was swayed by Lawrence agreeing to 59 strict conditions including taking an anti-libido drug that lowered his testosterone. 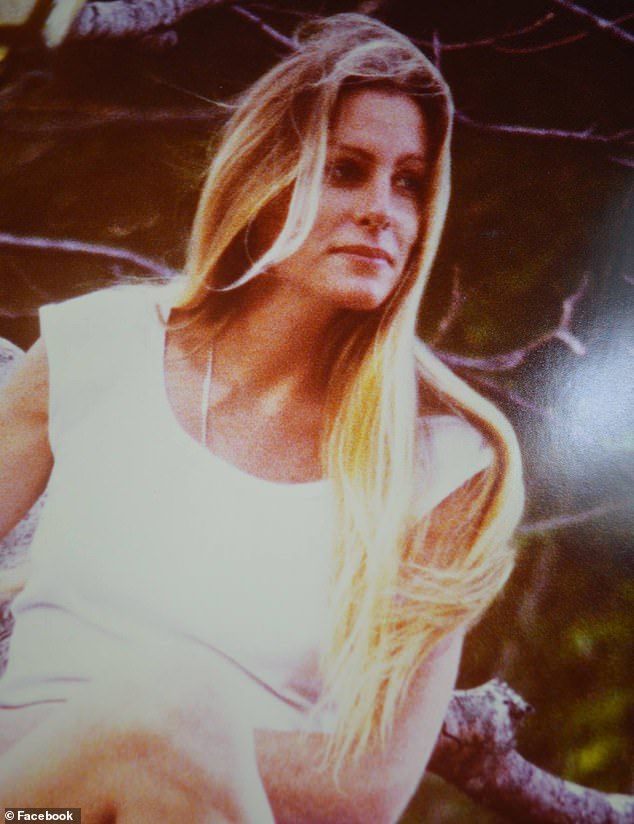 Sarah’s mother, pictured when she was 24, was the younger sister to Julie and looked up to her

He took it for a year in 1991 but stopped when he started growing breasts. In 2018 he started it again in the hopes of winning freedom.

‘I was turning into a ­female,’ he told the court.

‘If it’s got to make us, everyone, safe… I’m happy to take these medications and abide by the law.’

Psychiatric reports have for years in no uncertain terms warned against Lawrence seeing the light of day.

Sarah said her desire to keep Lawrence locked up was not to punish him, but to stop him killing again.

‘My family and I would rather die than see him do this to another woman and their family,’ she said.

‘This isn’t about punishing him, it’s about protecting the community so another family doesn’t go through this. I’m not vengeful no matter how much what he did has hurt me.

‘I would be the first person to cry foul if he was being mistreated in jail. If we take their human rights away, we’re no better than them.’ 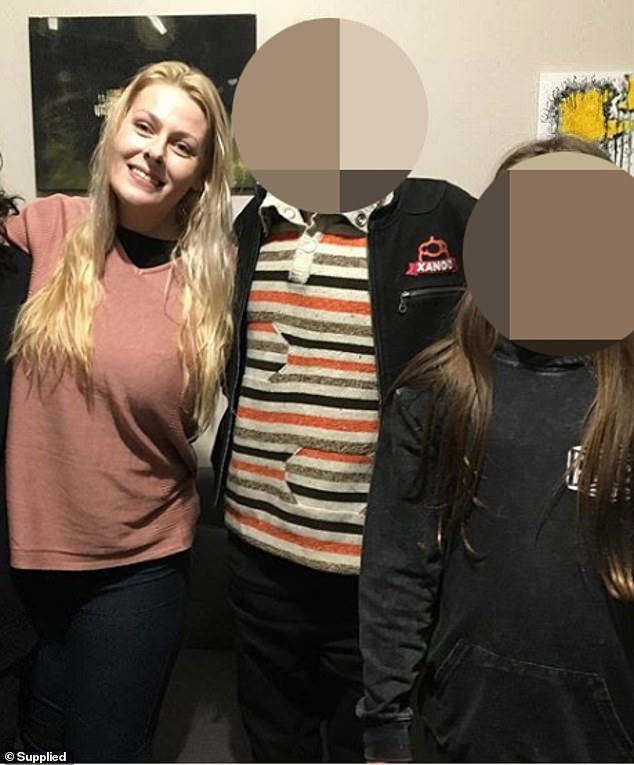