The Brexit Party leader said he believed Mr Cummings was behind persuading Mr Johnson not to form a Leave alliance ahead of November’s General Election.

He also criticised him for calling him and former Ukip donor Arron Banks ‘toxic’ in the programme, Nigel Farage: The Man Who Made Brexit, airing at 9pm tonight. 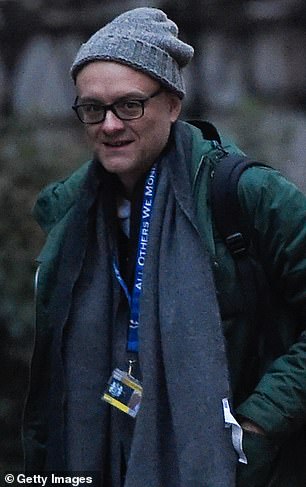 Mr Farage told the documentary: ‘I mean that horrible nasty little man who goes around calling Banks and I toxic. He’s got to go. Dominic Cummings must go’.

One of two preview clips revealed Mr Farage responding to a Conservative source’s claim that he is ‘not a fit and proper person to be allowed anywhere near power’.

Following the claim in September, Mr Farage said: ‘Look, that comment that we got from the Conservatives, just shows you how in the bunker the whole thing is.

‘But these are the type of people that work in the Conservative Party, little nobodies but they all think they’re in an episode of The West Wing and they’re frightfully important. 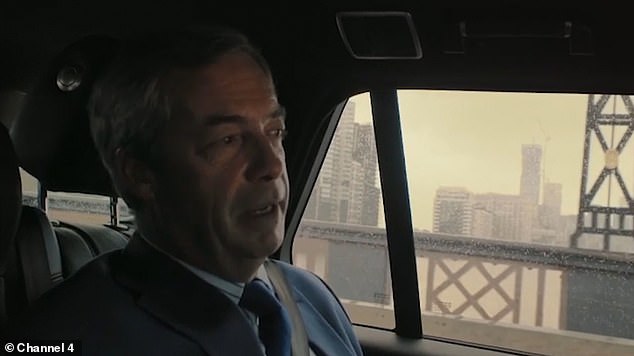 Channel 4 programme makers spent five months filming Mr Farage, whom they described as ‘arguably one of the most influential and controversial politicians of our time’ 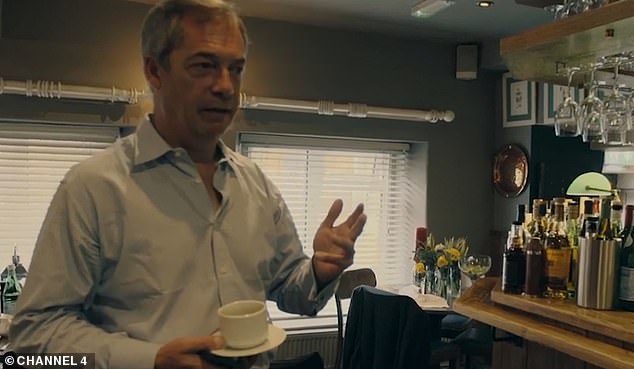 Programme makers spent five months filming Mr Farage, whom they described as ‘arguably one of the most influential and controversial politicians of our time’.

This included during the European Parliament election last May which saw the Brexit Party win more votes than the Conservatives and Labour combined.

Another clip showed Mr Farage saying the Brexit Party is ‘like a magnet’ and the ‘centre of gravity of the Tory Party is now moving towards where I am’. 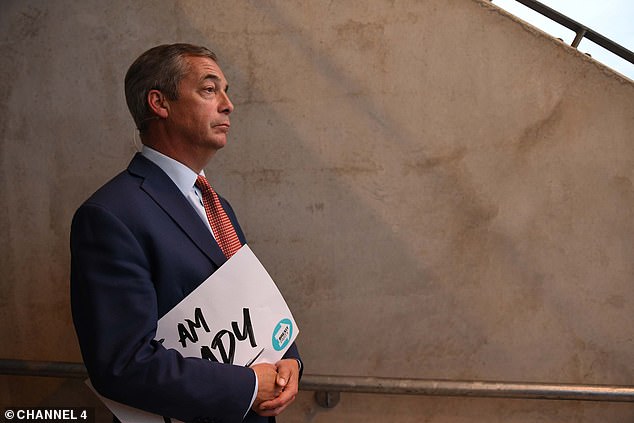 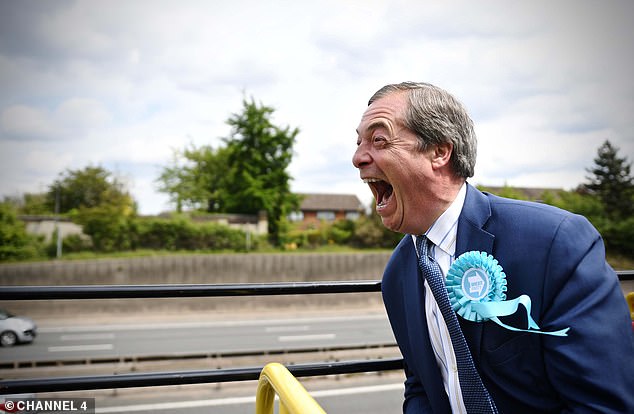 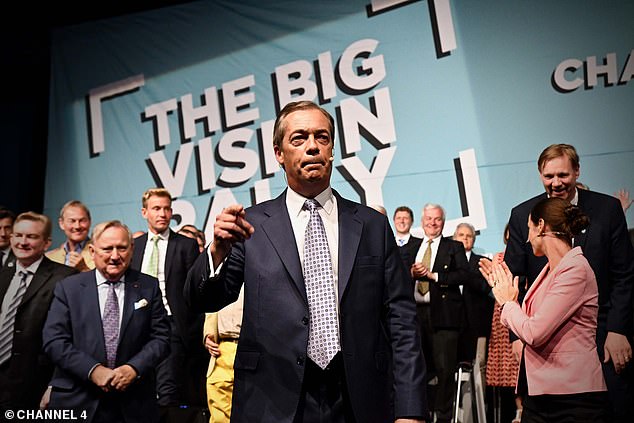 Mr Farage at a rally in Birmingham in June 2019, setting out the party’s vision going forward

The programme gets access to the inner workings of the Brexit Party and looks at Mr Johnson’s attempts to persuade Mr Johnson to form an alliance with him.

It also sees Mr Farage talk about his well-known links to US President Donald Trump.

He said: ‘You know, I’ve been massively underused. I don’t just know Trump I know many members of that administration a lot of them on telephone terms.’

Speaking in July, Mr Farage told MailOnline that Mr Cummings was an ‘argument waiting to happen’ and had ‘bizarre’ ideas about calling a second referendum. 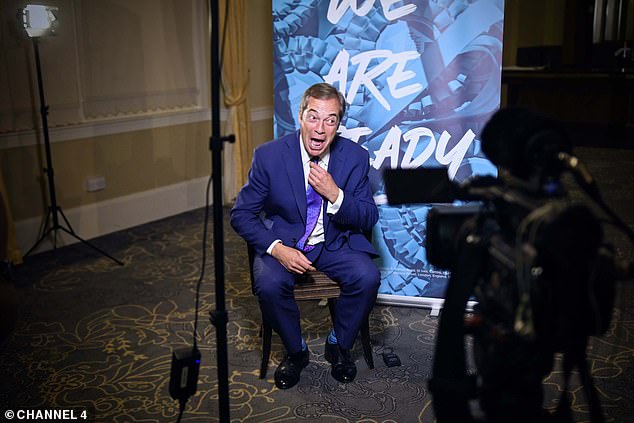 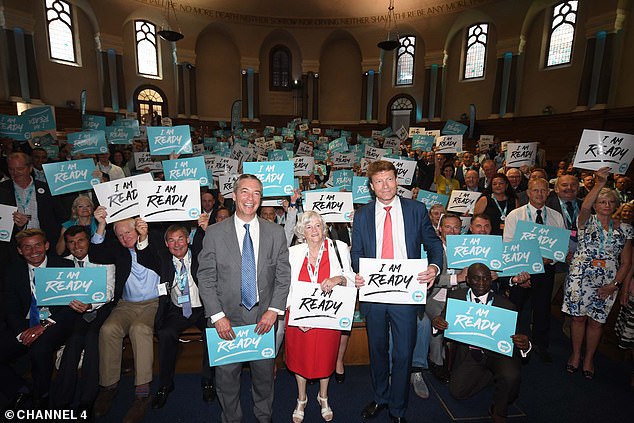 Mr Cummings is known as the architect of the Vote Leave campaign that won the 2016 vote, and was played by Benedict Cumberbatch in a Channel 4 drama about it.

But he is a divisive figure in Westminster, and clashed with Mr Farage as Vote Leave and Leave.EU competed to become the official Brexit campaigns in the referendum.

Mr Cummings has been upsetting the Westminster establishment for years. In 2014, David Cameron reportedly branded him a ‘career psychopath’.

Mr Cummings resigned from government and accused Mr Cameron of ‘bumbling from one shambles to another without the slightest sense of purpose’.

Nigel Farage: The Man Who Made Brexit will be shown on Channel 4 tonight at 9pm