Nigel Farage says he would BOYCOTT a second Brexit referendum

‘I’d rather go on holiday’: Nigel Farage says he would BOYCOTT a second Brexit referendum after Corbyn backs new poll

Nigel Farage has said that he would not campaign or even bother to vote in a second referendum if the choice was between Remain or Theresa May’s deal – which he slammed as ‘Brexit in name only’.

The former Ukip leader, who quit the anti-EU party in December last year, said he would rather go on holiday than cast his ballot because a ‘clean Brexit’ would not be on offer.

Speaking to Sky News’s All Out Politics, the 54-year-old said: ‘Honestly, if we are offered Brexit in name only or Remain, why on Earth would I vote? I would go on holiday. It would be an outrage.

‘Remain shouldn’t even be on the ballot paper, but if we are forced to this, it would have to be Remain or a clean Brexit.’

The arch-Eurosceptic who campaigned for Leave in the 2016 referendum suggested that a fresh poll would be invalid if similarly disgruntled Brexiteers also boycotted the vote.

He told Sky’s Adam Boulton: ‘You have to have a certain level of turnout for any referendum to be valid.’

Although Mr Farage was shunned by the designated Vote Leave campaign group in 2016 he played an active part in the unofficial Grassroots Out movement.

This saw him go head-to-head with then Prime Minister David Cameron in an ITV audience debate and travel around the country to mobilise Brexit supporters. 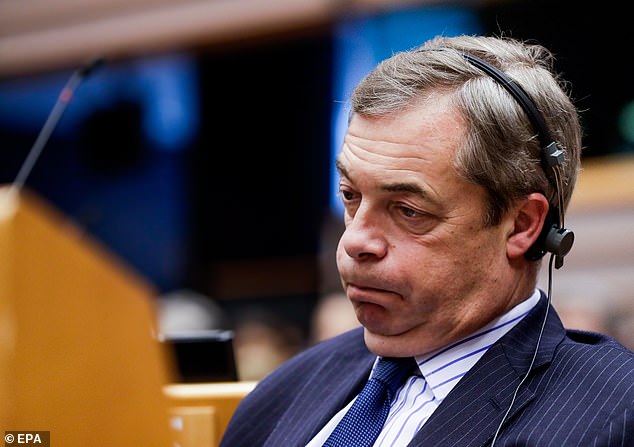 Mr Farage is still a Member of the European Parliament where he leads the Eurosceptic group, Europe for Freedom and Democracy

He told a meeting of his MPs last night that backing another vote would be better than a ‘damaging’ Tory deal.

Mr Corbyn said: ‘The Prime Minister is recklessly running down the clock, in an attempt to force MPs to choose between her botched deal and a disastrous No Deal we cannot and will not accept.

‘Last week, after our visit to talk to EU officials and leaders in Brussels and Madrid, no one can be in any doubt Labour’s alternative Brexit plan is serious and credible.’

He added: ‘We will also be backing the Cooper-Letwin amendment to rule out a No Deal outcome.

‘One way or another, we will do everything in our power to prevent No Deal and oppose a damaging Tory Brexit based on Theresa May’s overwhelmingly rejected deal. 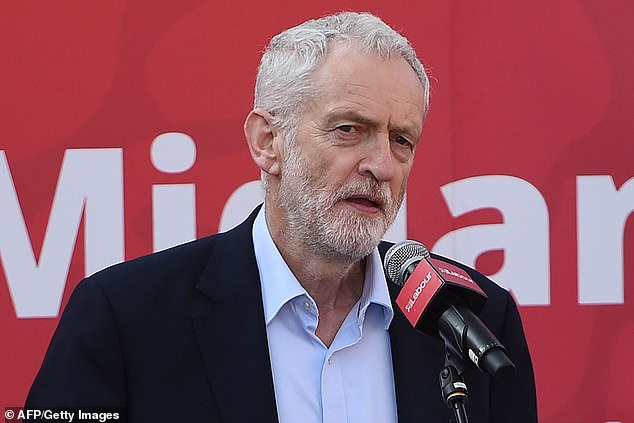 ‘That’s why, in line with our conference policy, we are committed to also putting forward or supporting an amendment in favour of a public vote to prevent a damaging Tory Brexit being forced on the country.’

Labour will press ahead and campaign for the fresh poll if their preferred Brexit plan based on a permanent Customs Union with the EU is voted down in Parliament.

But the Prime Minister has repeatedly ruled out going to the country in a second referendum and is currently trying to negotiate a deal with the 27-member bloc which MPs can swallow.

Theresa May has now delayed the Commons vote on her deal – which could be tabled as late as March 12 – as she meets with EU leaders to try to secure concessions on the Irish border backstop.

And she is also trying to squash a potential cabinet rebellion after several Government ministers threatened to resign if the prospect of no-deal is not completely dismissed tomorrow. 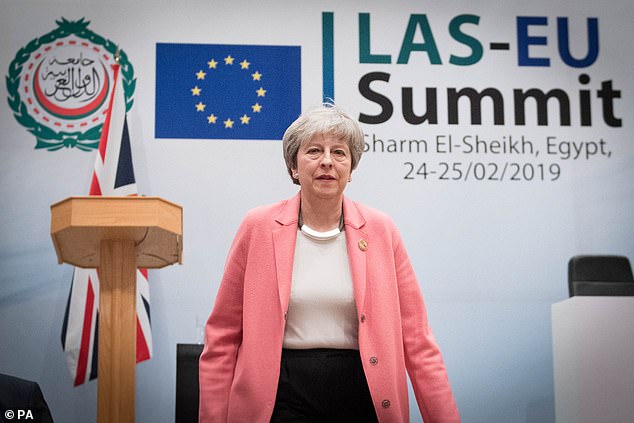 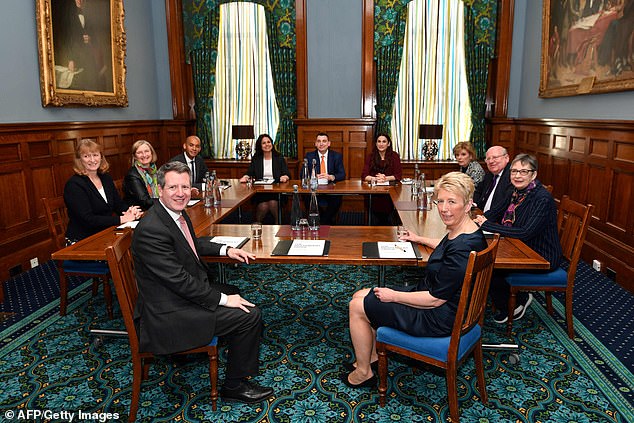 Labour uncertainty and u-turns over Brexit

Labour’s Brexit stance has undergone so many changes it can be difficult to keep track.

Even during the referendum in 2016 Jeremy Corbyn was accused of half-hearted campaigning and hedging his bets – admitting he was only ‘7 out of 10’ in favour of Remain.

Since then the leadership has been trying to maintain ‘constructive ambiguity’ so it can keep hold of heartland voters who often back Brexit – without alienating the party’s largely Remainer members and MPs.

It also said it would have ‘fresh negotiating priorities that have a strong emphasis on retaining the benefits of the Single Market and the Customs Union.’

But shortly after the election on June 11, 2017, Shadow Chancellor John McDonnell told ITV: ‘Let’s be clear: we are respecting the decision of the referendum. We are democrats. I think people will interpret membership of the single market as not respecting that referendum.’

This was swiftly followed by Brexit spokesman Sir Keir Starmer a week later in June of that year who said Labour wanted to ‘retain the benefits of the single market and the customs union. Formal membership, full membership is only available to EU member states.’

In late June three shadow ministers were sacked by Mr Corbyn and a fourth resigned after they and 45 other Labour MPs defied the party and backed a Queen’s Speech amendment calling for Britain to remain in the single market and customs union.

However, the following September Labour’s deputy leader Tom Watson said single market membership was possible ‘if the European Union wanted to talk about reform of freedom of movement rules’.

Numerous backbenchers have said they want to see a second referendum on a Brexit deal.

By conference 2018 internal debate over a second referendum prompted more than 150 different motions on the issue.

Labour delegates approved a motion that would keep all options – including a new referendum – if a Brexit deadlock occurred.

Senior Labour figures have even been split on what any second referendum should mean – with some, such as Len McCluskey and John McDonnell insisting remaining in the EU cannot be on the ballot – but Sir Keir Starmer has said the motion means it could be.

Mr Corbyn will hope the dramatic shift will stop any more MPs quitting to join the new pro-Remain Independent Group of MPs.