With 11 cookery books and eight television shows under her belt, you’d be forgiven for thinking Nigella Lawson may be running out of ideas.

And it seems the TV cook is, indeed, struggling for new material as her latest book includes some remarkably simple dishes – including a ham and cheese toastie, roasted carrots and four pages dedicated to mashed potato.

One recipe even advises how to make cheesy garlic bread using a store-bought loaf. Another, for feta on toast, requires nothing more than making a feta paste and spreading it on toasted bread.

With 11 cookery books and eight television shows under her belt, you’d be forgiven for thinking Nigella Lawson may be running out of ideas 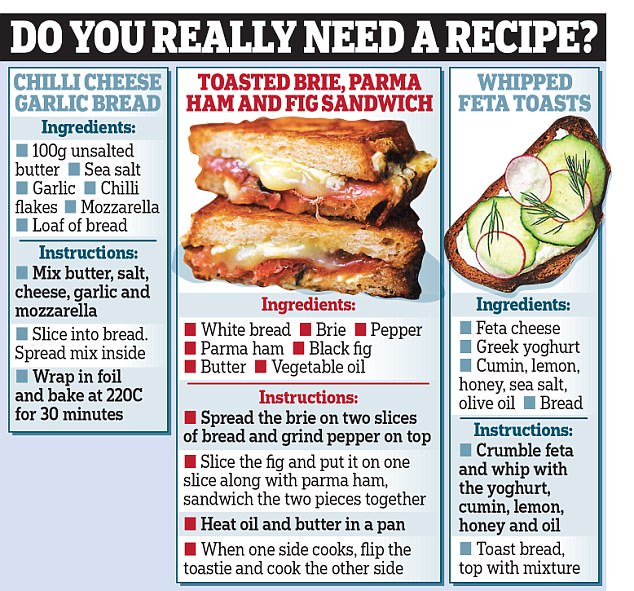 The 57-year-old, who has been in the industry for almost three decades, admits in the foreword that she is neither a ‘professional’ nor a ‘chef’.

And speaking on BBC1’s The One Show last night, Miss Lawson said: ‘I don’t have technique.’ Her £26 book, At My Table, which went on sale yesterday, also includes a detailed recipe for ‘garlic and parmesan mash’.

Although she says, as a rule, she is ‘not one for flavouring mashed potatoes’, she dedicates four pages to the recipe, and admits she has a ‘dedicated electric potato-mashing tool’.

The mother of two has been posting taster recipes on her website in the run-up to the launch of the book, which has been criticised by fans for being too simple.

Commenting on a yellow spaghetti recipe with no sauce, one wrote: ‘Oh dear Nigella, I loved you back in the day but things seem so hit-and-miss now.’ Another wrote: ‘Boring! You might as well grab a packet of noodles from the supermarket.

How about some onions and mushrooms? Something is better than nothing.’ Miss Lawson was widely mocked in 2015 for kicking off a cookery series by explaining how to make avocado on toast.

Writing about the recipes in At My Table, she admitted the bulk are very simple.

She said: ‘It doesn’t require technique, dexterity or expertise, none of which I lay claim to. Life is complicated, cooking doesn’t have to be. It doesn’t matter how many cookery books I write, I will never be a professional.’

Once known for her curvy figure and love of indulgent food, Miss Lawson slimmed down from a size 16 to a size 12 earlier this year. Her new book will be paired with a six-part BBC Two series of the same name, which will be aired in November. 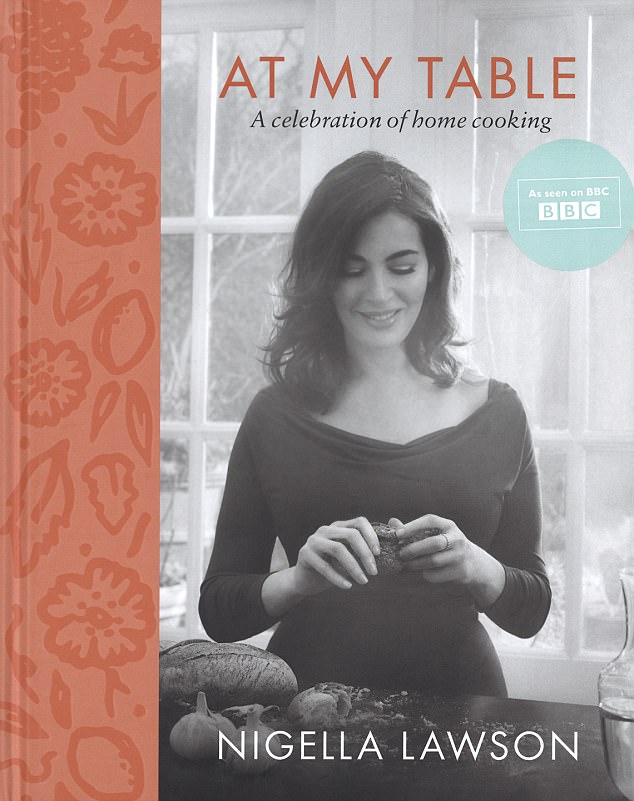 Writing about the recipes in At My Table, she admitted the bulk are very simple