She has sold £50million worth of cookbooks and fronted dozens of hit TV cookery shows.

But Nigella Lawson claims she had to ‘start life again’ after divorcing aged 53 – including having to take out a mortgage and work to pay the bills.

Nigella Lawson, 58, above, has sold £50million worth of cookbooks and fronted dozens of hit TV cookery shows. She said in an interview she only does a TV programme every other year

She moved out of the couple’s £25million mansion, buying herself a £5million townhouse in West London – with, to her horror, a home loan.

She said: ‘I had to start my life again at 53, get a mortgage at an age when you’re supposed to be paying it all off.

‘I do have to work. But I only do a TV programme every other year. It’s not like I’m there all the time.’ 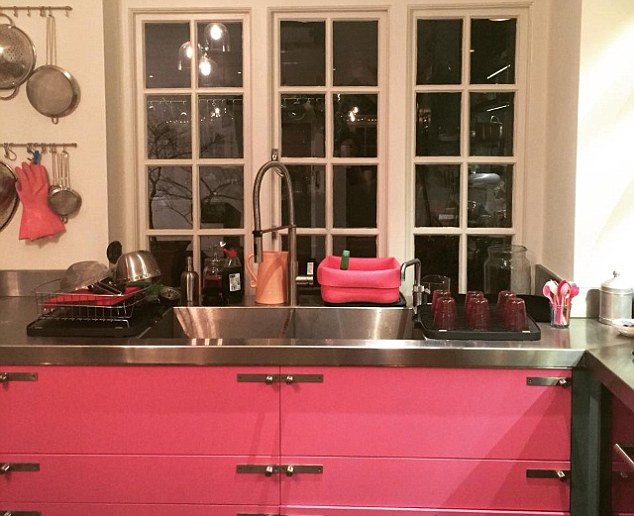 She moved out of the couple’s £25million mansion, buying herself a £5million townhouse in West London, above, with a pink kitchen

Mr Saatchi was pictured with his hands on a tearful Miss Lawson’s throat during an argument outside Scott’s restaurant in Mayfair, central London, in June 2013.

The couple split a month later. Neither made a financial claim against the other during their divorce proceedings, and as a result of the ‘undefended’ divorce, they reached a private financial settlement.

Both are thought to have kept their own assets from the £150million they jointly owned. 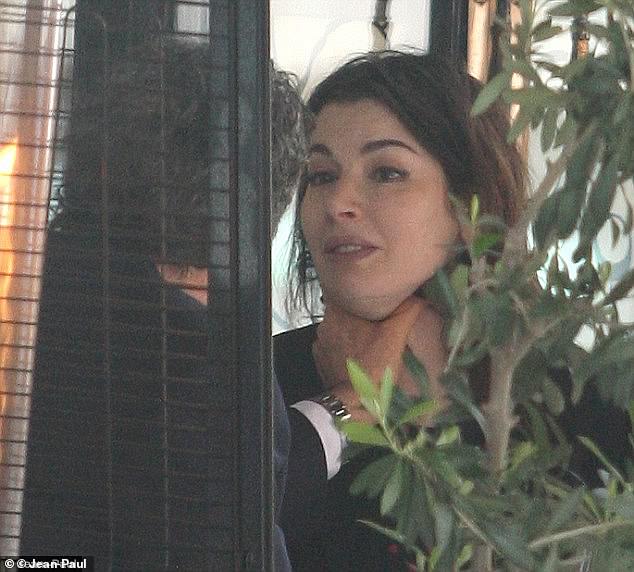 Mr Saatchi was pictured with his hands on a tearful Miss Lawson’s throat during an argument outside Scott’s restaurant in Mayfair, central London, in June 2013

But only around £20million of this was Miss Lawson’s, with Mr Saatchi owning the rest, including the £25million Belgravia property.

Miss Lawson’s financial situation cannot have been helped by recently being dropped as the face of tea brand Typhoo.

The company is said to be aiming at a younger audience after seeing sales slump 26 per cent, according to industry magazine The Grocer.

Miss Lawson was married to Mr Saatchi, one half of advertising agency Saatchi & Saatchi, for ten years before the restaurant pictures emerged.

Mr Saatchi, 70, accepted a police caution for assault over the argument, just hours after dismissing it as a ‘playful tiff’ and claiming his wife was only crying because she hated it when they rowed.

Miss Lawson, author of How To Be A Domestic Goddess and presenter of Nigella Bites, also told food magazine Noble Rot of her pain over the death of fellow TV chef Anthony Bourdain in June.

She was previously married to the late journalist John Diamond, with whom she has two children.