The rare footage was released by the Department of Defense on Tuesday, and depicts an overnight raid in the Jowzjan province.

The video shows the special ops teams loading into a helicopter, being dropped off in rural Afghanistan and then getting into a firefight with the local ISIS-affiliate cell.

According to U.S. officials, the raid resulted in the deaths of an ISIS-K commander and another terrorist fighter.

‘This tactical defeat of ISIS-K fighters in Jowzjan is the most recent in a series of Afghan and US (special operations forces) counterterrorism successes targeting ISIS-K in northern Afghanistan this year,’ a statement from the Department of Defense said.

ISIS-K has been responsible for some of the most deadly terrorist attack on civilians in Afghanistan, and U.S. forces in the country have been focused on stopping the group’s ability to bring fighters into the region.

The Department of Defense released a video on Tuesday, showing an overnight raid in Afghanistan that resulted in the death of two ISIS-Khorasan terrorists The video shows U.S. special operators and Afghan Special Security Forces being dropped off in rural Afghanistan and then getting into a firefight with the local ISIS cell 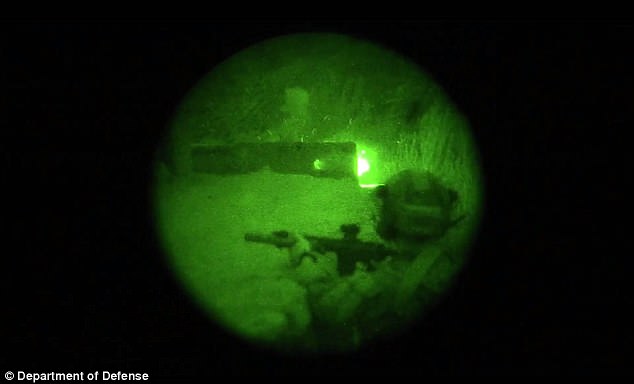 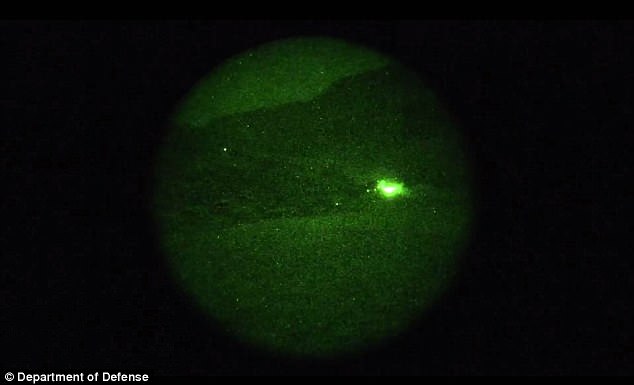 ‘They have another segment of Islamic Movement Uzbekistan. And then there’s probably ten per cent that’s from a variety of sources around the world,’ he added.

Last year, Afghan and U.S. forces started a campaign to push the group out of the region.

While they’ve taken back the vast majority of the group’s territory, they have failed to completely eradicate the group in the country.

The mission overnight on March 26 and 27 is the latest in a string of recent victories over ISIS-K, according to the Department of Defense.

On March 22, four ISIS-K fighters were killed in the Darzab district. Six days before that, a U.S. airstrike killed ISIS-K platoon commanders Omair and Abu Samaya, as the pair were meeting in the Sar-e Pul province. Later that same evening, 13 terrorists were killed in a nighttime raid on the group’s headquarters in Jowzjan. And on January 28, Khitab Aka, ISIS-K’s head facilitator of foreign fighters, was captured by Afghan forces.