‘No hugs and kisses’: Australians will be banned from hooking up inside nightclubs as they’re reopened in one state from midnight tonight

Clubbers will be forced to ditch late night hook ups and keep 1.5 metres apart as revellers prepare to finally hit the dancefloor when nightclubs reopen this weekend.

Western Australia is entering phase four restrictions from midnight on Friday, meaning casinos and nightclubs will be up and running after a three month hiatus.

But health officials are warning people to keep 1.5 metres apart to avoid another coronavirus outbreak – avoiding all hugs, kisses and handshakes.

Clubs are already open in the Northern Territory, with social distancing rules leaving dancefloor romances a thing of the past.

Despite an easing of restrictions revellers are being warned to keep 1.5 metres apart and avoid kisses and hugs (pictured, women at Air Nightclub in Perth) 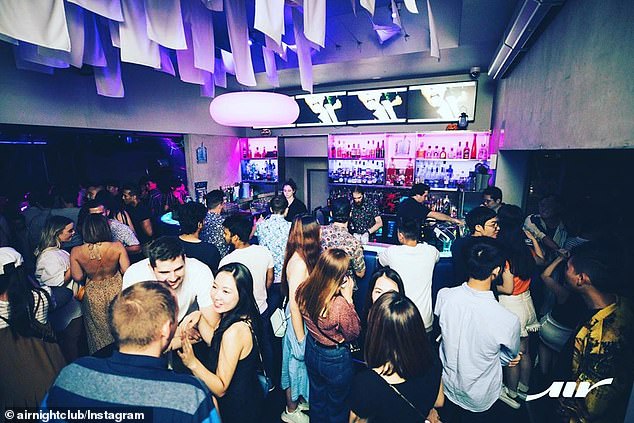 Dance floors will reopen in nightclubs as of midnight on Friday in Western Australia (pictured, Air Nightclub in Perth

WA Health Minister Roger Cook has called on everyone in the state to ‘do the right thing’.

‘I can confidently predict that police will not be out there tonight with a 1.5m ruler on the dance floor ensuring that people stay apart,’ Mr Cook said.

‘The reason we’ve been so successful is because everyone in the community has take the opportunity to apply themselves to all the restrictions, the physical distancing and the measures which are so successful.’

Mr Cook also offered some advice for those trying to alleviate boredom through dating apps.

‘If you’re meeting with someone that you don’t know, well, you may want to get to know them,’ he said. 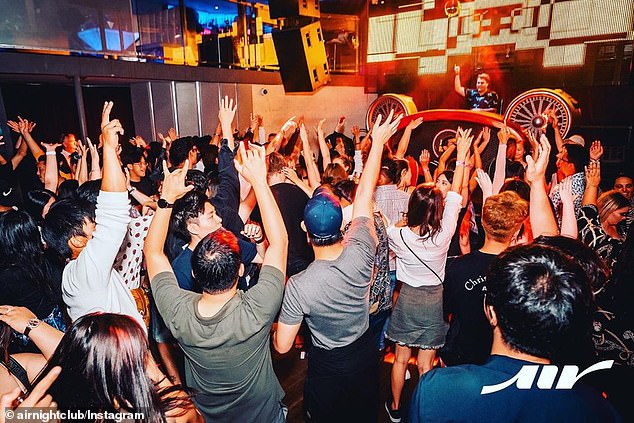 Dance floors have been closed for a gruelling three months after the outbreak of coronavirus (pictured, a Perth nightclub before lockdown)

‘You need to treat dating like the easing of restrictions – you take small steps, you sit back, you wait for the response, and then you take another step.

‘But let’s not dive – it’s important to protect yourself.’

As part of the changes, Western Australians will be able to drink alcohol without being seated, as well as watching live performances in bars and clubs.

Gatherings have also been limited to two square metres per person, and gyms can run unstaffed. 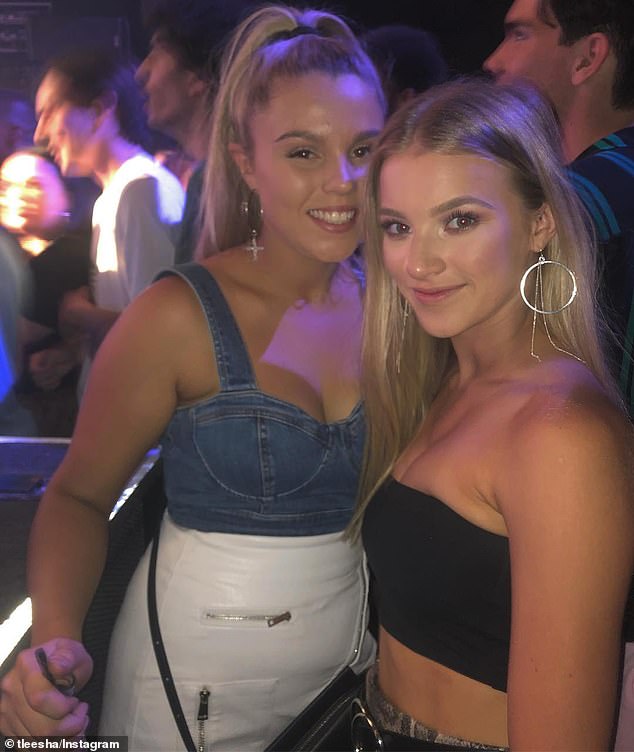 As part of the changes, Western Australians will be able to drink alcohol without being seated (pictured, women at a Perth club before lockdown)

Tasmania has already moved to the two square metre per person rule, dropping from the previous four square metre rule.

Other states are now expected to follow after Prime Minister Scott Morrison announced pubs and restaurants could cater to twice as many customers.

‘Today we also agreed, and noted the advice of the Medical Expert Panel, that the two-square metre rule can be moved to for smaller premises,’ he said.

‘So that means for much smaller premises that would have otherwise being trying to stick to a four-square metre rule arrangement, this just gives them a bit more room for them to be taking more patrons.’

As of midnight on Friday, Western Australia will ease a string of restrictions:

– No requirement to maintain a patron register

– Alcohol can be served to unseated patrons

– Gyms can be unstaffed but require regular cleaning

– A 50 per cent capacity at major sport and entertainment venues.