Comedian Adam Hills has slammed Sydney’s nightclub scene after a friend of his who has cerebral palsy was refused entry for slurring his words.

Hills, who was out with his physical disability rugby league team, claimed his mate was repeatedly denied entry by door staff who thought he was drunk.

The night out was supposed to be a celebration, after his team beat South Sydney Rabbitohs’ physical disability side to win the inaugural Physical Disability World Club Challenge at ANZ Stadium – but it was anything but, news.com.au reported. 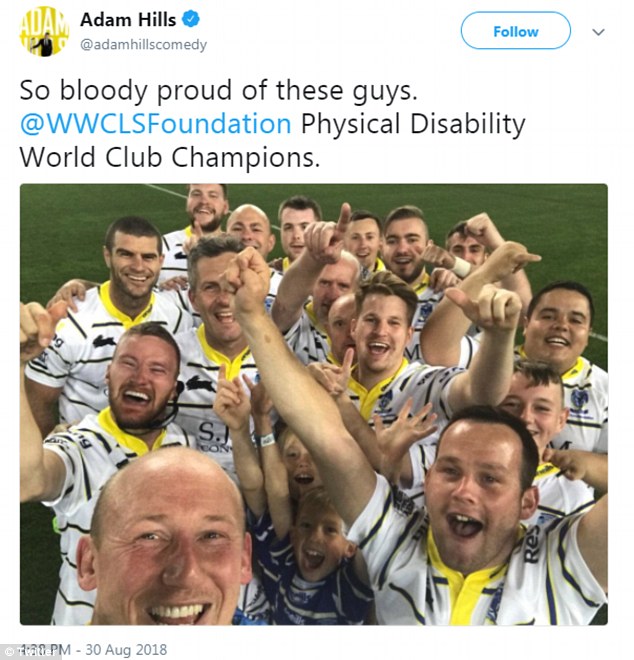 Infuriated by the repeated behaviour of door staff, the comedian took to social media to share his frustration about the ordeal.

‘Well played Sydney, just found out our Disability Rugby League Team weren’t allowed into clubs last night because one of our team members was slurring his words,’ he wrote.

‘He has cerebral palsy. F***ing appalled with my own town.’

The fiery tweet has since garnered lots of buzz on social media, with many people urging the comedian to name and shame the venues involved.

‘Oh Sydney! You are supposed to be an international city. Lift your game!’ one person wrote.

A third person added: ‘Name and Shame Adam please. This kind of thing is becoming common.’

Hills’ fiery tweet has since garnered lots of buzz on social media, with many people urging the comedian on Twitter (pictured) to name and shame the venues involved.

The incident comes just days after a woman who was celebrating her 21st birthday was turned away from the Marlborough Hotel in Newtown, when bouncers refused to believe she had cerebral palsy.

The popular inner-west venue received lots of criticism after it admitted to wrongfully refusing the woman entry – but has since apologised, saying they ‘screwed up’.

‘Early Sunday morning we refused entry to a young lady as we believed she was intoxicated. Reality was she had cerebral palsy. And it was her 21st birthday. And we ruined her night,’ a Facebook post stated. 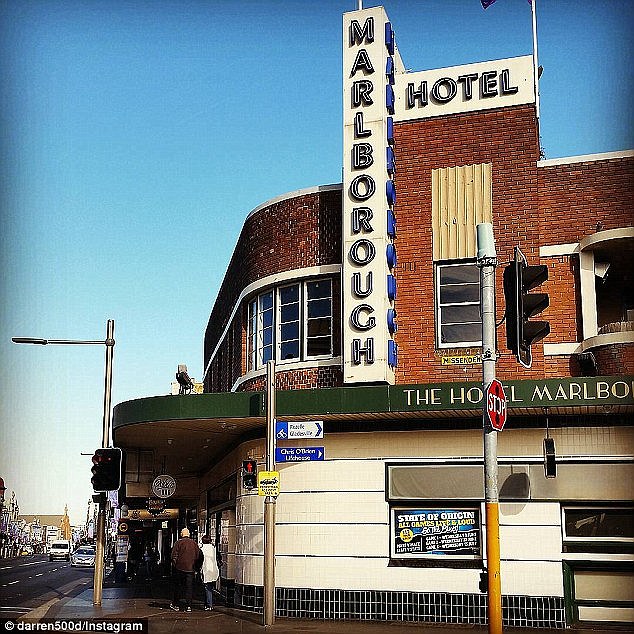 The incident comes just days after a woman who was celebrating her 21st birthday was turned away from the Marlborough Hotel in Newtown (pictured), when bouncers refused to believe she had cerebral palsy.

‘We apologise to the young lady, her friends and family. Unreservedly. We apologise for the humiliation and distress that we have caused.’

Hills, who was born with only one foot, told Fox Sports he always dreamed of playing football for South Sydney Rabbitohs, which is why he joined the Warrington Wolves after moving to London.

‘I STILL literally dream of playing for the Rabbitohs and by that I mean I have actual dreams where I’m called out of the stands to run on and kick the final goal,’ he said.

‘I could say I was doing this for altruistic purposes but really my endgame is to pull on the red and green at some point.’

Hills said that despite winning the match and being ‘so bl***y proud’ of his team, he was disappointed that his friend still had to go through the ordeal. 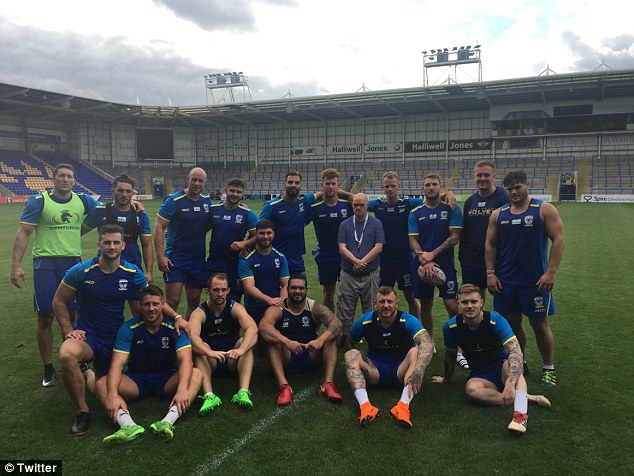 Hills, who now lives in London, is back in Australia with his physical disability rugby league squad – the Warrington Wolves (pictured)