A woman has changed her life of alcoholism and depression and become a qualified doctor.

Jo Barton, 32, who lives in Sawbridgeworth, Essex, left school in Harlow at the age of 14 without any GCSE’s or qualifications to her name.

She then entered a ‘pit of depression’ where she drank on a daily basis and descended into being a ‘nightmare teen’.

But she has since turned her life around and become a fully qualified doctor. 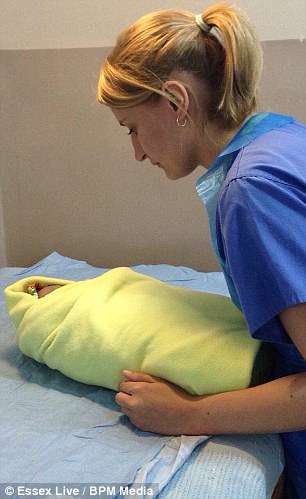 Jo Barton, 32, who lives in Sawbridgeworth, Essex, left school in Harlow at the age of 14 without any GCSE’s or qualifications to her name (left). But she has since turned her life around and become a fully qualified doctor (right)

‘We didn’t have my mum about as she was in the hospital being sectioned,’ explained Ms Barton.

‘My teenage years are where it all went wrong really. I left school at 14, halfway through year 10, and I ended up skipping a lot and I wasn’t living at home.

‘I got into alcohol at an early age – about 13 – and I was drinking every single day. I think I was probably depressed but I didn’t know it at the time.

‘I turned to alcohol and then I began to rebel and that got me into lots of trouble as a teenager.’

Ms Barton’s mum suffered with bipolar disorder, although these days she is coping much better with it.

Her dad had moved away from the area so she says she and her sister were often left to their own devices.

However, after years of depression and gaining a ‘reputation’ in Harlow, she sought a clean break and new life.

As a result she started scouting around for any job she could find.

‘I kept thinking I couldn’t do that for my mum and I was quite depressed in Harlow,’ said Ms Barton.

‘I think I wanted to start a new life because I had a reputation – it was either that or staying depressed.

‘I got my first job at 17 at a restaurant in Great Dunmow. It only lasted four weeks because I was a really bad waitress.

‘It was my first job, it was long hours, and they fired me after four weeks.’

Despite the brief nature of her very first role, the restaurant job wasn’t all bad for Ms Barton as she met her partner there, who she is still with 15 years later. 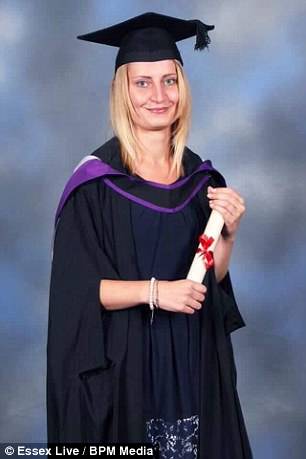 Without any qualifications, and a relatively empty CV, Ms Barton explained that she eventually turned to looking at healthcare jobs.

The reason being was that they were advertised as not requiring any previous experience and soon she managed to land a job as a health care assistant at St Catherine’s Care Home in Broxbourne.

Furthermore, while working she could also train towards her National Vocational Qualification (NVQ) in care.

In her two years at the care home Ms Barton managed to achieve her NVQ as well asgetting key skills in English and maths.

Whilst at the care home Ms Barton said her confidence grew but she soon startedwanting more and set about finding a path into hospital care.

She managed to get a part time job on an x-ray ward at Princess Alexandra Hospital and landed a place on an access to nursing course at a college in Enfield, North London.

However, because of the financial constraints Ms Barton ended up working for 60 hours a week as she tried to balance work with her studies.

‘You don’t really get support in college and I just got on with it,’ she explained.

‘I had about one meal a day and that’s effectively how I survived. There were lots of times I wanted to quit but if I did that then I would have got nothing.

She added: ‘My final year was a very tough year for me. My mum had been well for a few years but she got taken off of tablets and she got sectioned again.

‘I was commuting each way trying to visit my mum but also studying for my final exams.’ 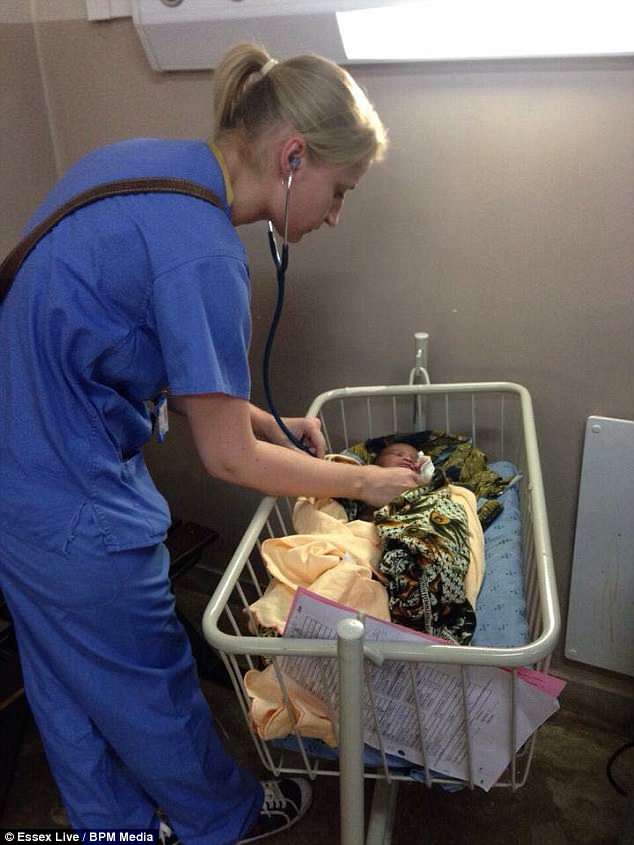 She managed to get a part time job on an x-ray ward at Princess Alexandra Hospital and landed a place on an access to nursing course at a college in Enfield, North London

Despite the tough nature of her college years Ms Barton managed to pass her examsbut her graduation day was spoiled as her mum was unable to attend due to anxiety attacks.

Ms Barton subsequently fell in love with medicine and focused on her next goal -becoming a doctor.

She found an access to medicine course but required maths and English GCSE’s so she had to do them via home learning.

Once she completed her two GCSE’s she was accepted onto the course and moved to Norwich. 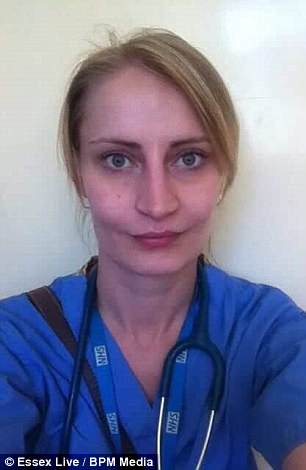 She then applied for a university place to study medicine, but failed to be accepted.

Instead, she was accepted for a biomedicine course, but didn’t feel it suited her at all, so once again applied for a degree in medicine.

Ms Barton was accepted onto a six-year degree at St George’s Hospital in London where she graduated from three years ago.

Now she is currently working in accident and emergency at Princess Alexandra hospital in Harlow, and she has already set her mind on her next task – to become a GP.

‘I felt like I needed a better work life balance so I decided to apply for GP training.

‘I was working nights and I didn’t want to do that for the rest of my life.’

Ms Barton’s journey has not been without its struggles.

But regardless of that, she wants to use her personal journey as an inspiration to others.

‘I just want people to know that if you come from nothing there are options if you are willing to put the effort in,’ she said.

‘It’s just staying focused and staying in education. It was a struggle and I am not going to tell anyone it is easy – I used to study for my exams on the Central Line!

‘It’s the way that you think about it. Always, what was in my head was, if I don’t do this then it’s all gone and I am back to square one.

‘If I give up then I am going to be left with nothing.’

‘If I had a normal life, and I went to school, I don’t know what I would be doing now,’ she added.

‘I kind of found medicine and I don’t think I would have found it if I had a normal life.

‘I am quite good with depressed patients and that’s because of my past.

‘I am not your average doctor, as I’m quite common, and I think that helps.

‘I just hope that other people can see it the way I thought it was.’