Nike have received over 3,000,000 orders for Nigeria’s World Cup 2018 shirt despite the jersey not being officially on sale until next week.

Demand for the country’s home and away kit increased following its unveiling at a launch in February.

The kit isn’t available to buy for another six days but that hasn’t stopped fans wanting to place their order in advance.

Orders for Nigeria’s new World Cup home and away kit have gone over 3,000,000 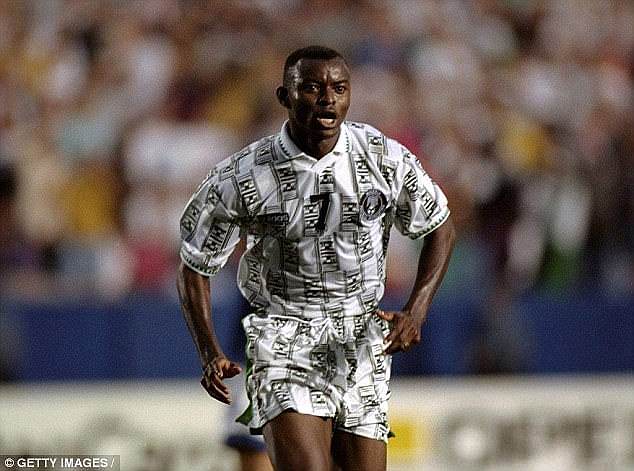 The Super Eagles’ new home and away kit is meant to pay homage to their USA 1994 campaign.

The home shirt features a bright green-and-white zig-zag pattern spreading across the torso and the contrasting sleeves.

Nigeria’s away shirt for the Russia World Cup is more understated and closer in resemblance to their more recent shirts with an all-over dark green design. 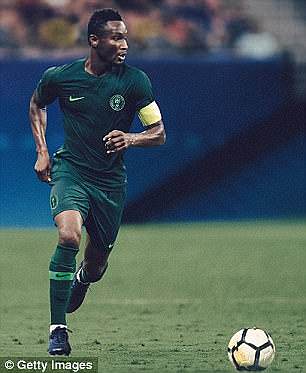 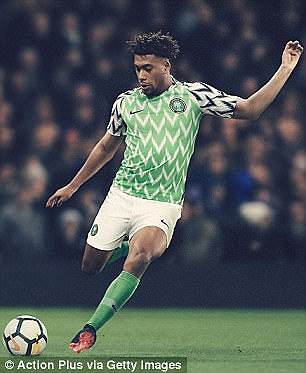 The kit manufacturers Nike said they wanted to ‘tap into the attitude of the nation’ with the design and aimed to build the kit based on the identities of the players.

Nike’s Nigeria shirts are part of a collection which features Fast Fit Vapotknit technology to aide the athlete’s performance.

Nigeria’s 2018 kit pays homage to the shirt worn at USA 1994 – the west African nation’s debut on the World Cup stage.

The shirts were launched with the help of Premier League trio Wilfied Ndidi, Alex Iwobi and Kelechi Iheanacho as well as ex-Chelsea midfielder Jon Obi Mikel.

‘I grew up in England, but Nigeria is my homeland,’ Arsenal star Iwobi told Nike’s official website. ‘When I scored that goal, the players were dancing, the fans were playing trumpets and bringing drums… there was just so much passion and energy. 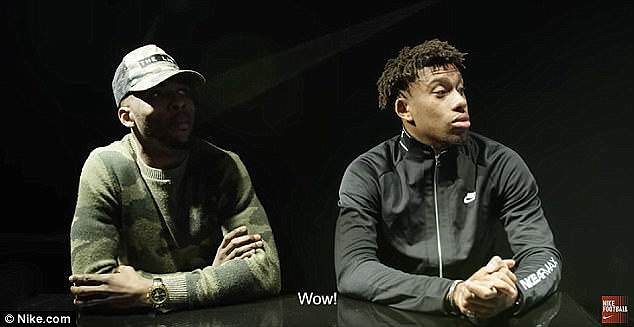 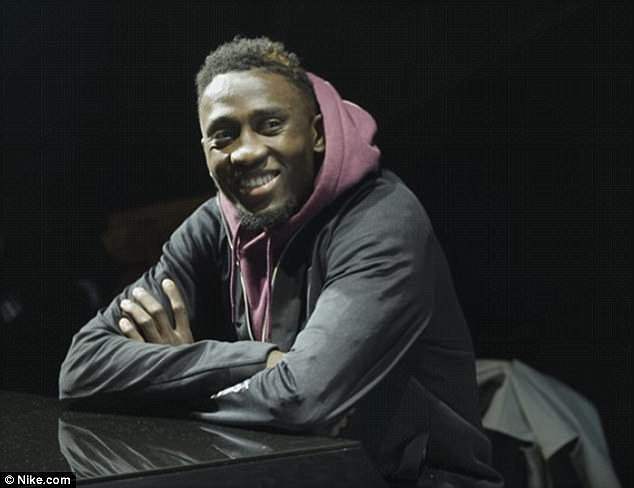 ‘It is always an honour to wear the white and green. To compete this summer is not just our dream, it is also the dream of our fans. Together, we all represent Naija.’

The shirt is founded on the concept of ‘Naija’ – which means future-focused optimism and encourages the new generation of Nigerians to celebrate their country’s rich history and culture.

Nigeria have been drawn into Group D at the 2018 World Cup in Russia alongside Argentina, Croatia and Iceland.

The Super Eagles have never advanced past the round of 16 at the World Cup having reached the knockout stages three times in their history – in 1994, 1998 and 2014.

Iwobi scored the only goal of the game against Zambia in October as Nigeria became the first African nation to book their place in Russia.

The Super Eagles are joined by Morocco, Senegal, Tunisia and Egypt in flying the flag for Africa at the 2018 World Cup.