The hype is real! Nikita Tszyu flattens rival with FIRST ROUND knockout in front of proud brother Tim as Tokyo hero Harry Garside extends perfect record with demolition of helpless opponent in Newcastle

Much has been made of the latest Tszyu to chance his arm at professional boxing and young Nikita proved the hype is real with an incredible first-round demolition of his rival in Newcastle.

With proud brother Tim watching on before he flies out to California to promote a potential dust up with Jermell Charlo or Brian Costano, Nikita landed serious bombs on as reckless Mason Smith.

Smith, who held a professional record of 5-0 before Wednesday’s flattening, was unable to deal with the power on offer from Tszyu and was felled by a devastating uppercut. 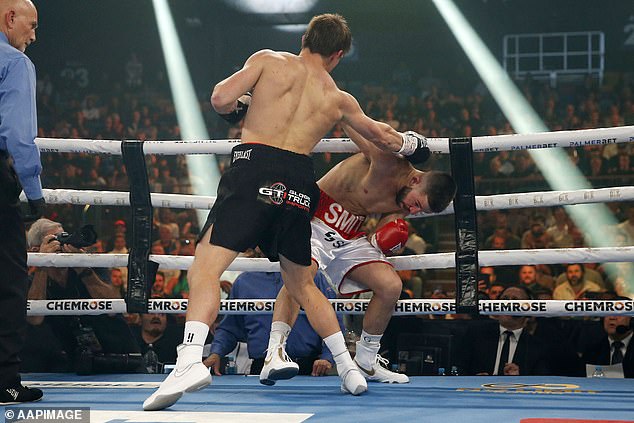 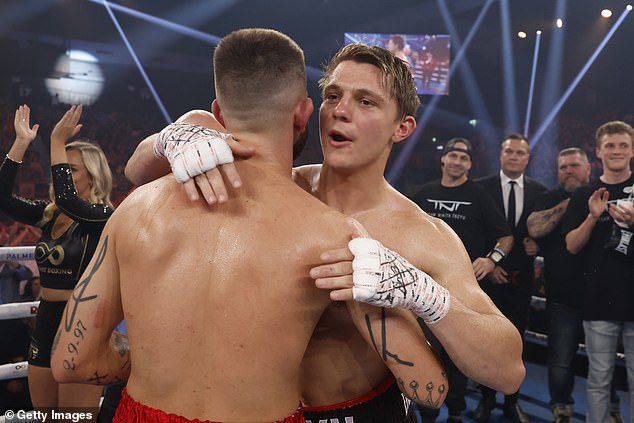 Tszyu was unrelenting and applied maximum pressure on his rival, forcing the referee to step in and stop the contest, sparking jubilant scenes in Newcastle.

‘I didn’t expect him to come out guns blazing, threw a couple of shots, got comfortable and then took care of business,’ he said in the immediate aftermath.

‘It’s the blood that gets to me, that bloody nose, the joy I felt from that. I was expecting him to just try and box and I was hoping to get six rounds out of this but he came in with bombs and I had to trade with him.’

Elder brother Tim rated his younger brother’s performance a ’10 out of 10′.

Meanwhile, Harry Garside was in action just five short weeks ago but he showed no signs of wear and tear with a one-sided pummeling of Layton McFerran in Newcastle.

Garside, 24, has made great strides since turning professional last year, having won Australia’s first Olympic medal in boxing in over 30 years with his bronze triumph in Tokyo. 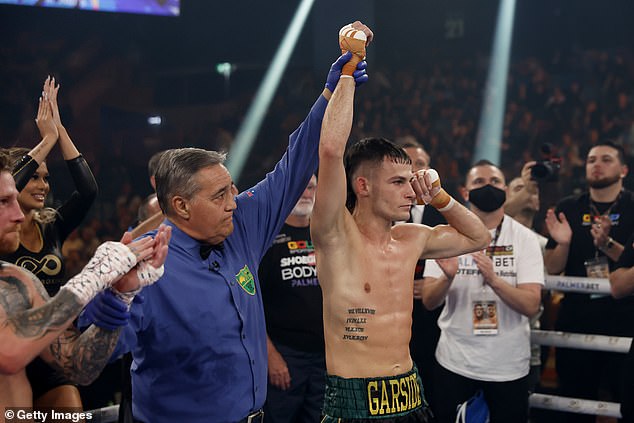 Elsewhere, Harry Garside extended his perfect record to three wins after another victory 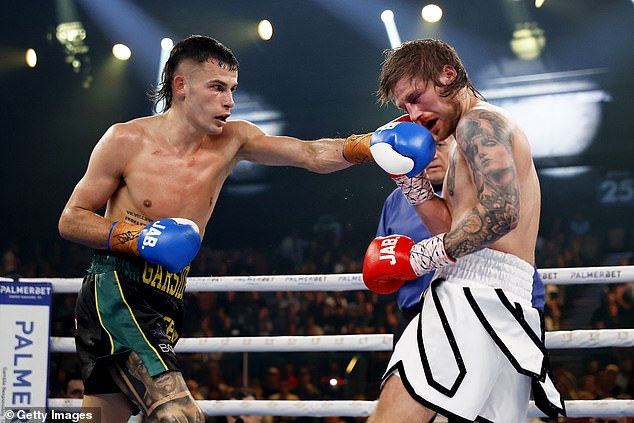 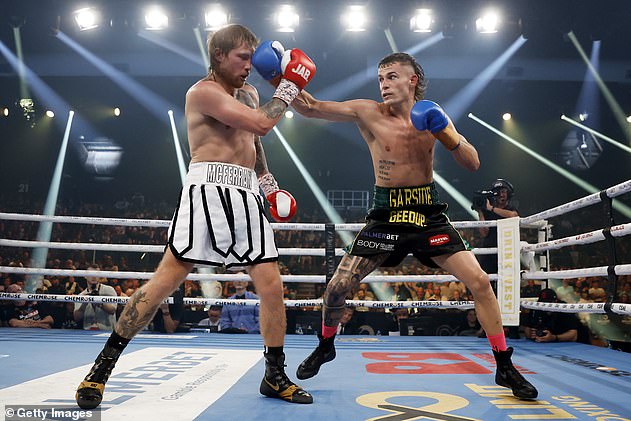 He cruised to a points decision victory over Maneur Matet last time out on April 6, winning the Australian lightweight title as a result.

And the Victorian made a speedy return to the ring to take on Tasmanian rival McFerran ahead of Paul Gallen’s heavyweight blockbuster with Kris Terzievski in Newcastle.

Garside had no trouble picking up where he left off last time out, tearing strips out of his gutsy rival before the referee was given no option but to wave off the contest in the seventh round.

The 24-year-old’s victory sees him move to 3-0 as a professional with hopes high that he can emulate the path trodden by countryman George Kambosos Jr and become lightweight world champion.