Murdered Russian exile Nikolai Glushkov had spent the night with his younger lover before he was found dead, MailOnline understands

Murdered Russian exile Nikolai Glushkov had spent the night with his younger lover before he was found dead, MailOnline understands.

A friend has said that Mr Glushkov’s partner, a Russian man aged in his late 20s called Denis, had been staying over at his house when he died.

The 68-year-old businessman was found dead a week ago at the terraced property he rented in New Malden, south London. His daughter, Natalia, had also been visiting last Monday.

Police originally treated his death as unexplained but launched a murder investigation after a post mortem found that he died from ‘compression to the neck’ suggesting he had been strangled.

Investigators believe he may have been throttled with a dog lead by someone who tried to make his death look like a hanging suicide.

Scotland Yard today said officers had found no sign of forced entry into the home meaning he may have known his killer but that the death was not being linked to the nerve agent poisoning of Russian double agent Sergei Skripal in Salisbury. 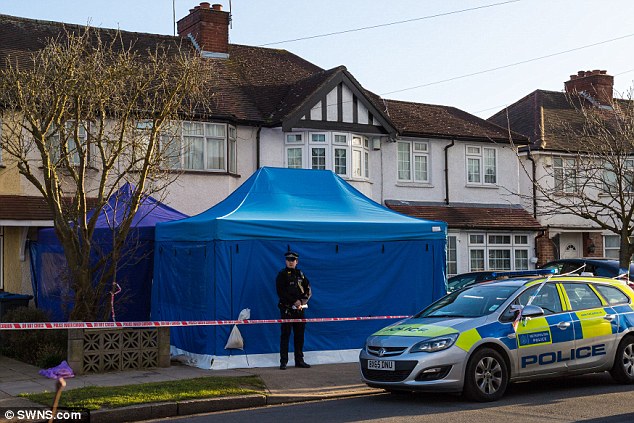 Mr Glushkov’s house in south west London – where he was frequently visited by his young lover, neighbours say – has been sealed of by police as they conduct a murder investigation 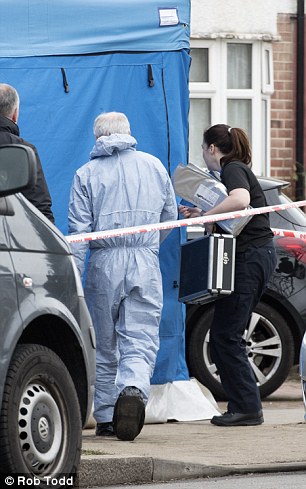 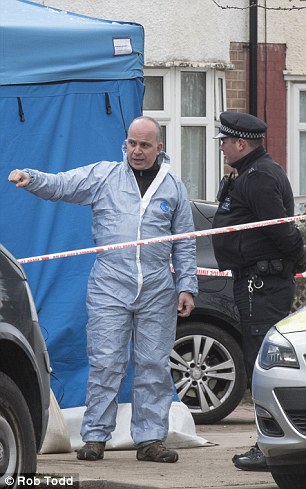 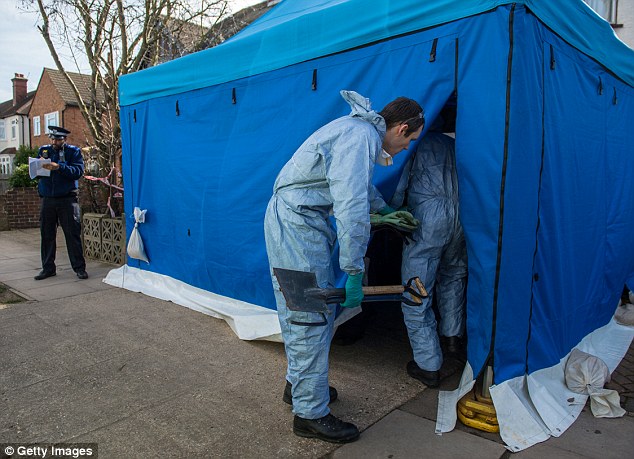 The businessman, 68, was found dead a week ago. Investigators believe he may have been throttled with a dog lead by someone who tried to make his death look like hanging suicide

A friend of Mr Glushkov said: ‘I think he lived by himself but he regularly had his partner over to stay and he was there the night he was found dead.

‘I don’t know much about him other than his name was Denis, he was a lot younger, I’d say in his 20s, and like Nikolai he was also originally from Russia.

‘From what I understand Denis found his body along with Natalia, Nikolai’s daughter, who was also staying over that evening.

‘They both contacted the police. I think officers have since spoken to Denis and Natalia but I don’t know where they are at the moment.

‘One theory I think the police are looking at is whether he may have died during a sex game that went terribly wrong.’

The friend went on: ‘Nikolai had been in a straight relationship when he was younger and had children with his wife but he came out as gay in later life.’

Mr Glushkov fled to Britain after being accused of fraud in Russia. 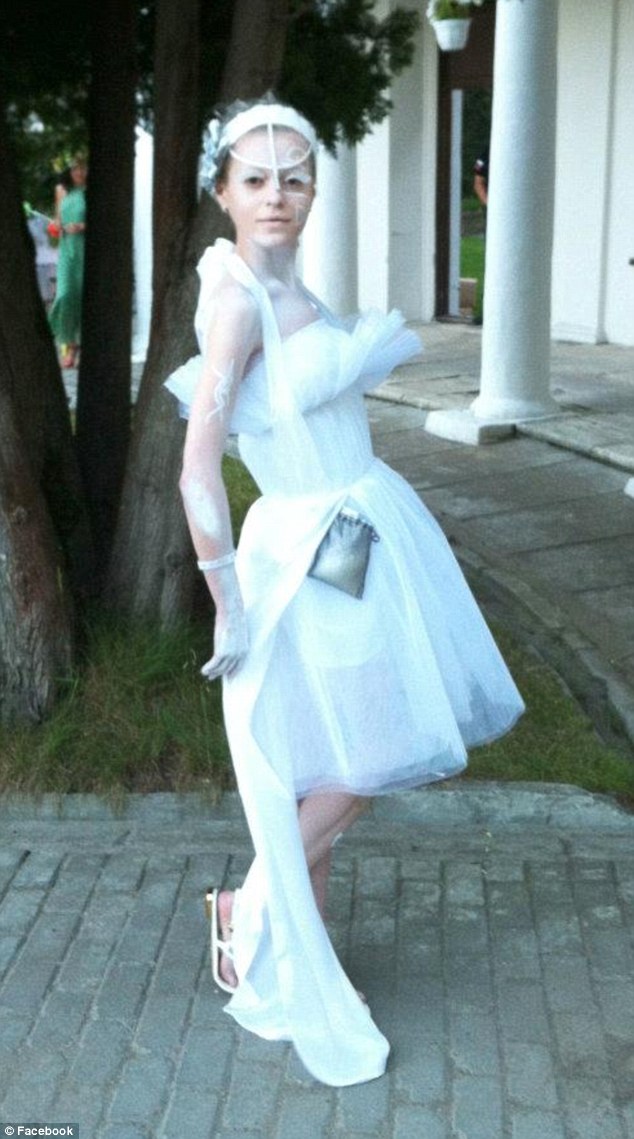 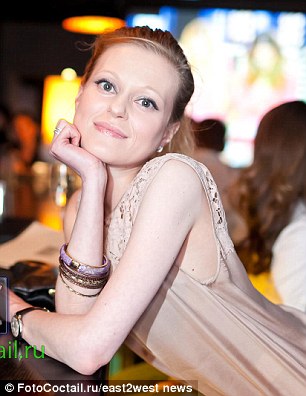 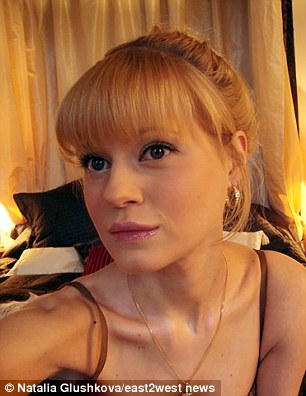 Natalia, who is studying for a degree at the University of Westminster, has reportedly been left traumatised by the discovery of her father’s body and has apparently gone into hiding

He was an outspoken critic of Russian President Vladimir Putin and blamed the Kremlin for the 2013 death of his close friend Boris Berezovsky, who was found hanging at his home near Ascot, Berkshire.

Aside from being in heavy personal debt, Mr Glushkov was also being sued for £87million by Russian state airline Aeroflot over claims he and Berezovsky embezzled the cash.

He was due to appear in the High Court in the coming weeks.

Commander Clarke Jarrett, head of the Met’s Counter Terrorism Command, which is leading the murder investigation, said: ‘I would like to thank the public for their response to our appeal so far and I would urge anybody who may have information to get in touch if they have not already done so. 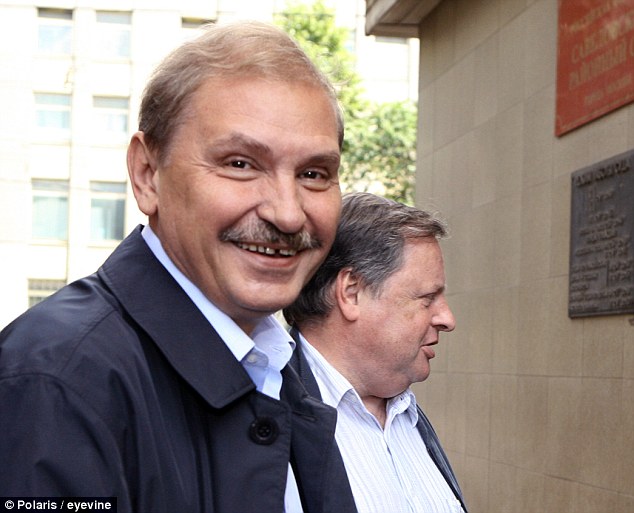 Mr Glushkov was heavily in debt. He was being sued for £87m by Russian state airline Aeroflot over claims he and Berezovsky embezzled the cash. His debts will be passed to Natalia 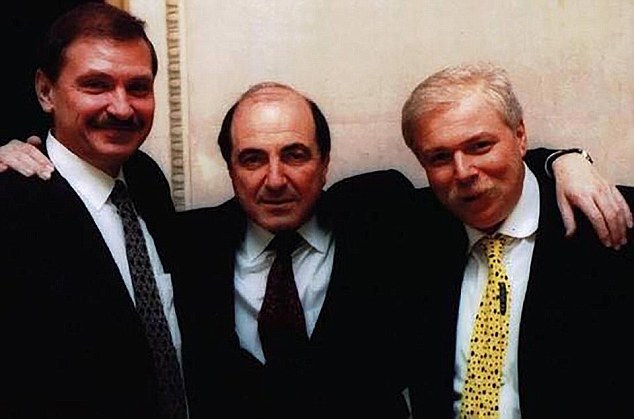 Mr Glushkov (left) was an outspoken critic of Putin and blamed the Kremlin for the 2013 death of his friend Boris Berezovsky (centre), found hanging at his home near Ascot, Berkshire

‘We will have officers in Mr Glushkov’s local neighbourhood today so please come and speak to us if you think you may have seen or heard anything suspicious last Sunday or Monday.

‘The investigation is progressing; we have taken a number of statements and have over 400 exhibits which are being processed. We have found no sign of forced entry thus far, but the forensic examination at Mr Glushkov’s home continues and we expect to be there for some time.

‘I must stress that there is nothing we have found in our investigation so far to suggest any link to the attempted murders in Salisbury and I would like to reassure the public in New Malden that there are no wider public health concerns in relation to this investigation.’

Natalia, who is said to be studying for a Master’s degree at the University of Westminster, has reportedly been left traumatised by the discovery of her father’s body and had reportedly gone into hiding.