Nine out of ten dog owners over feed their pets

Nine out of ten dog-lovers are putting their pets’ health at risk by over-feeding them, a survey has found.

An analysis of 2,800 UK owners also revealed that 89 per cent give in to puppy-dog eyes and treat their four-legged friends to human snacks, while a third admitted they treat their dogs more often than themselves.

Nearly one in three said they did not measure food portions and were unaware of how many calories their pet actually needs.

And one in five were unable to spot when their pooch was piling on the pounds.

The survey, by dog-food retailer Tails.com, also found that 13 per cent lie to the vet about what they feed their animal. 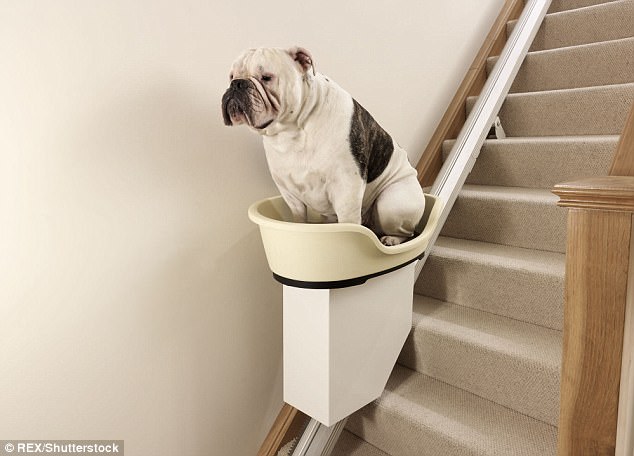 A dog’s life: Problems with pet obesity have been escalating. In this picture, Chunky the bulldog is pictured in the world’s first stair lift for overweight dogs

‘Simple changes can have a big impact on your dog’s weight too.

‘If feeding human foods as treats, choose healthy options such as lean unprocessed meats and be careful not to provide too much.’ 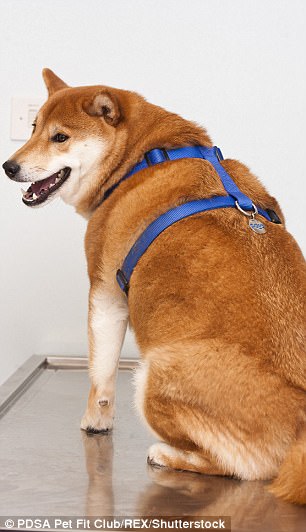 Bailey Connor (left) and Dexter Machin (right) pictured taking part in the PDSA pet fit club UK  in which supersized pets fight the flab. A new survey reveals that many owners do not know how many calories a dog actually needs.