Nirvana and the estate of Kurt Cobain are being sued by Spencer Elder, a 30-year-old man who was the baby seen on the group’s Nevermind album cover in 1991.

Elden said in court docs reviewed by CBSLA, filed in Los Angeles federal court, that band members, record companies and creative personnel had ‘trafficked’ his image for profit, and have caused him to suffer and he ‘will continue to suffer lifelong damages.’

Elden, a Los Angeles native, said in court docs that his ‘identity and legal name are forever tied to the commercial sexual exploitation he experienced as a minor which has been distributed and sold worldwide from the time he was a baby to the present day.’

The latest: Nirvana and estate of Kurt Cobain are being sued by Spencer Elder, a 30-year-old man who was the baby seen on the group’s Nevermind album cover in 1991. The famous album cover, which late lead singer Kurt Cobain picked out, shows a naked baby swimming underwater toward a dollar bill on a string

Elden said that ‘defendants failed to take reasonable steps to protect [him] and prevent his widespread sexual exploitation and image trafficking.’

In the suit, Elden said his parents never gave their release in writing for the photos, and were not paid.

The image was snapped in 1990 at the Pasadena aquatic center when he was four-months-old.

The famous album cover, which late lead singer Kurt Cobain picked out, shows a naked baby swimming underwater toward a dollar bill on a string. 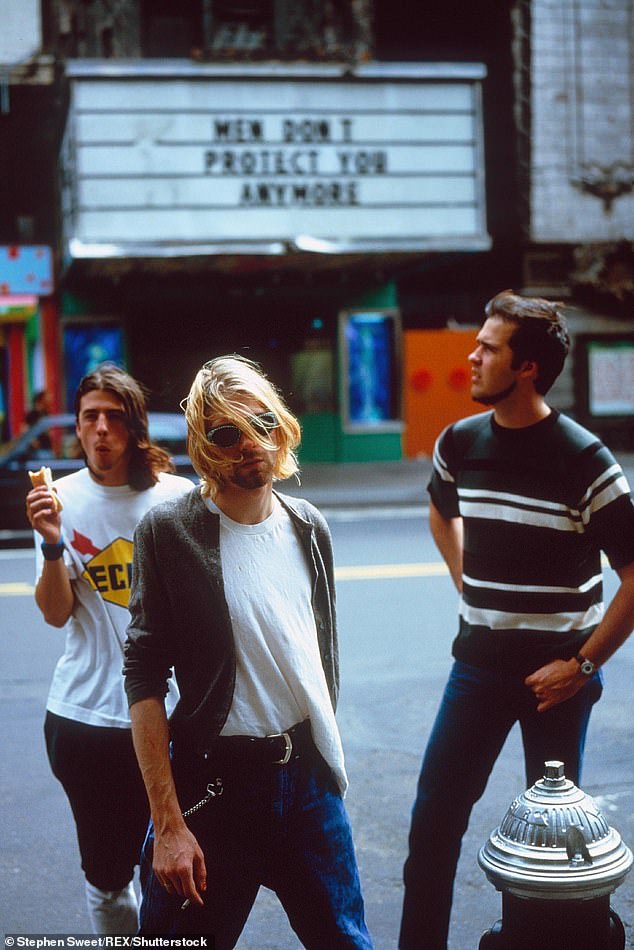 The trio of Dave Grohl, the late Kurt Cobain and Krist Novoselic were snapped in 1993

Elden’s legal team said in the suit that ‘to ensure the album cover would trigger a visceral sexual response from the viewer, (photographer Kirk) Weddle activated Spencer’s “gag reflex” before throwing him underwater in poses highlighting and emphasizing Spencer’s exposed genitals.’

Elden’s legal team said he was used ‘as an essential element of a record promotion scheme commonly utilized in the music industry to get attention, wherein album covers posed children in a sexually provocative manner to gain notoriety, drive sales, and garner media attention, and critical reviews.’

According to court docs reviewed by TMZ, the band had promised that a sticker would be placed on the area of the baby’s genitals, but didn’t place it on the cover.

Elden is asking for $150,000 from each of 17 defendants named in the suit. The album ushered in the grunge era and sold more than 30 million albums for Geffen Records. 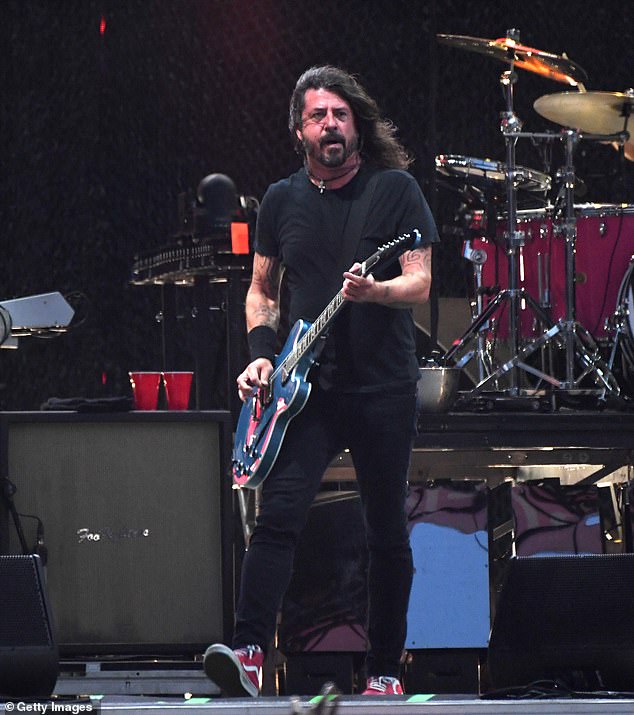 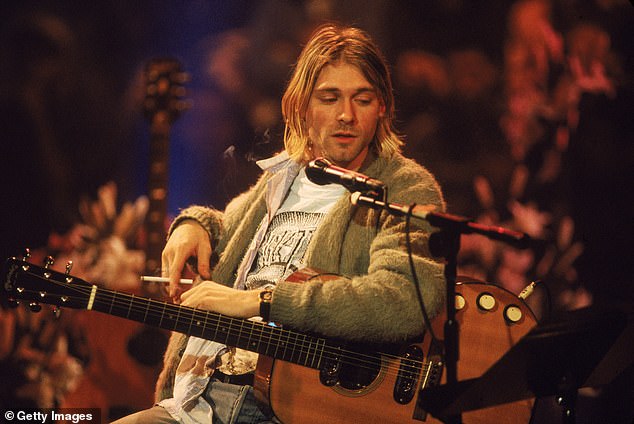