Frontline huts which helped the British Army advance throughout the First World War have been redesigned as garden huts – by the original inventor’s great-grandson.

The famous Nissen Hut was created by Major Peter Nissen whose prefabricated semi-circular structures were widely used in both world wars.

Now George Nissen, 32, is bringing them back into use – 100 years since they were invented.

The huts could be thrown up in quick time without the need for foundations and put to military use, mainly as barracks. They came into their own towards the end of the First World War, when the frontline kept moving.

During the inter-war years they became popular with farmers for storage and there are still hundreds of them scattered around the British countryside.

Then they came into their own again when the war clouds rolled across Europe once more, as production was again ramped up to help the Allied war effort.

The 32-year-old Mr Nissen has taken out a new patent for them to transform them into eco-friendly garden offices to cater for the ever-increasing number of people working from home.

They still have the same iconic shape as the original huts, are covered in corrugated iron and are easy to construct without the need for concrete foundations.

They are shorter in length to fit into an average-sized back garden and use sheep’s wool and plywood for insulation. 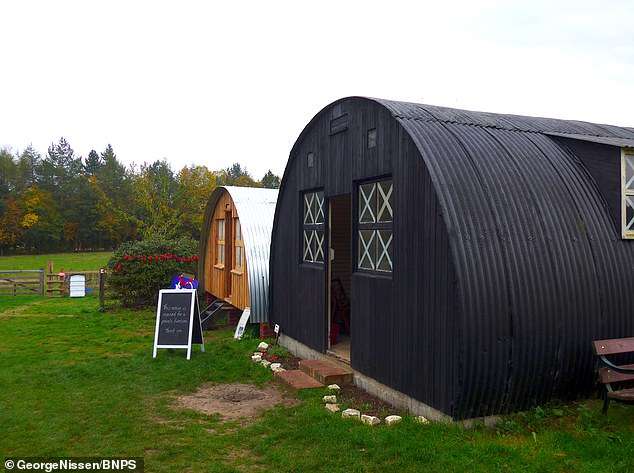 An example of the hut can be seen at the Chiltern Open Air Museum. Major Peter Nissen was an engineer who first came up with the idea for the portable buildings 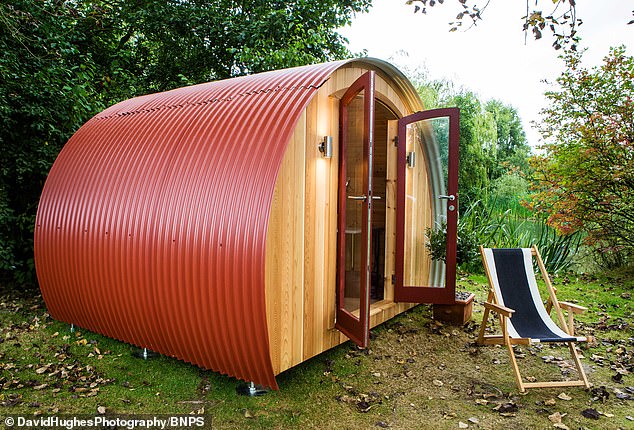 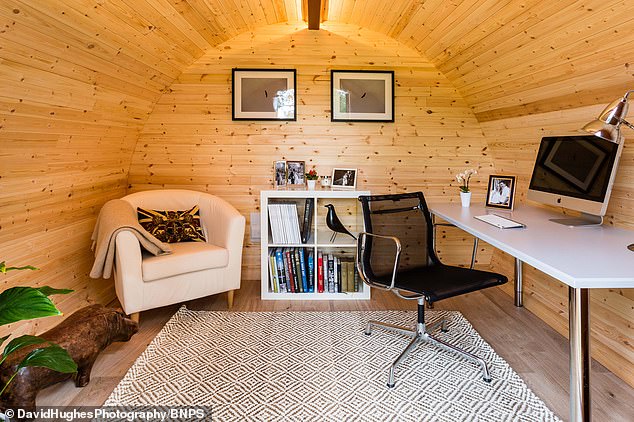 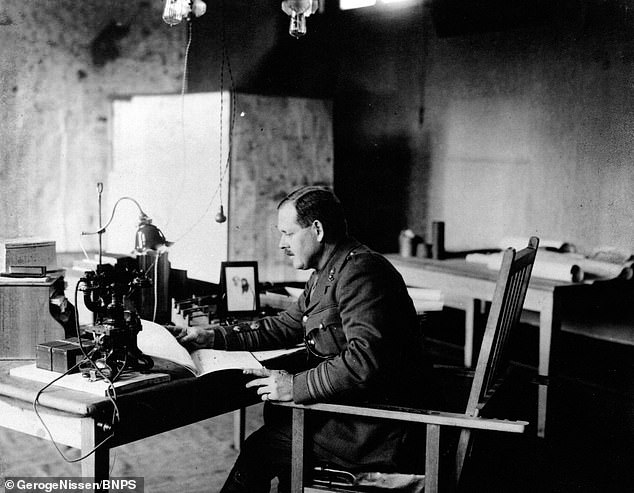 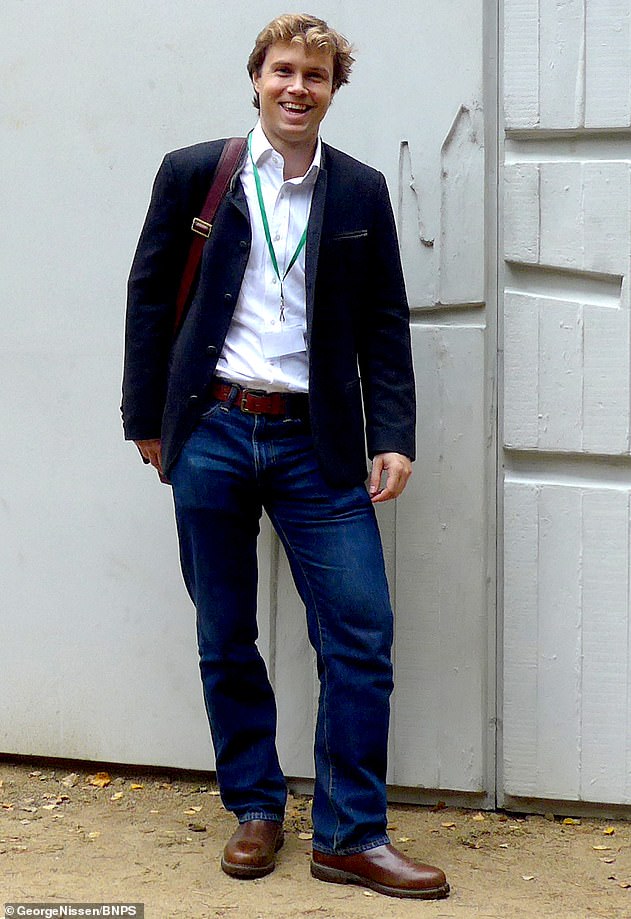 George Nissen, 32, (above) has reinvented the huts for modern use and believes his great grandfather would like what he has done with his creation 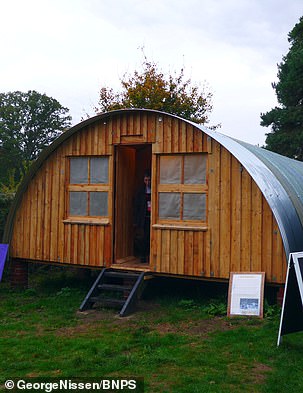 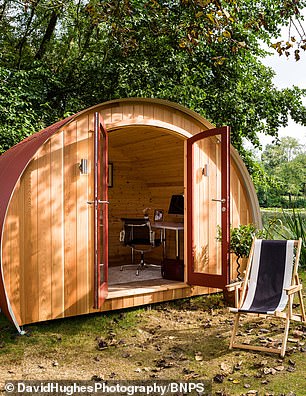 Then and now: The huts are smaller for 21st century use (right) and wider with windows when they were used in the war (left) 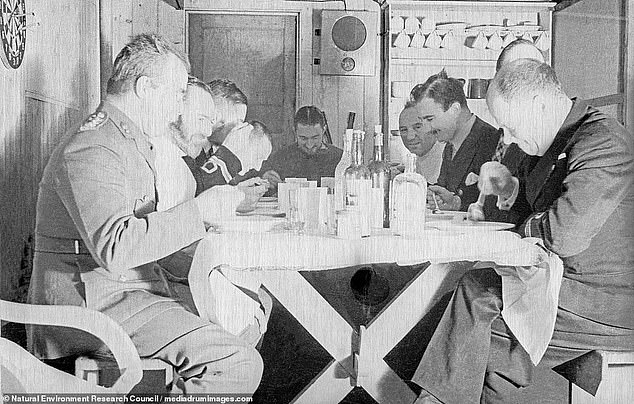 The huts were used for accommodation in the two wars, as well as churches and storage units 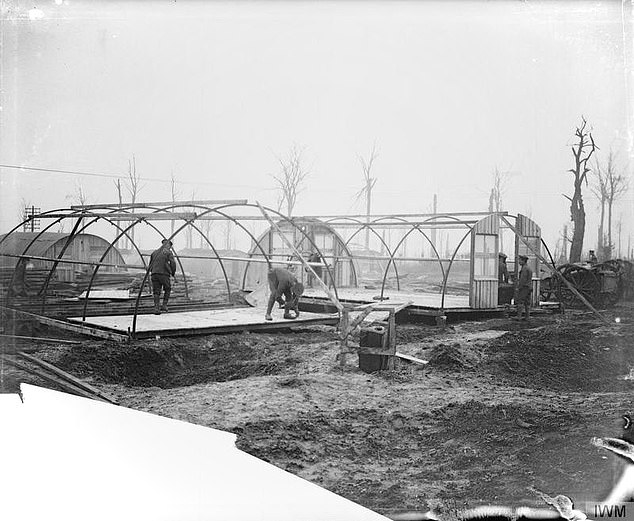 A team of soldiers was needed to put the huts together, building the wooden and metal frame before adding corrugated metal on the sides 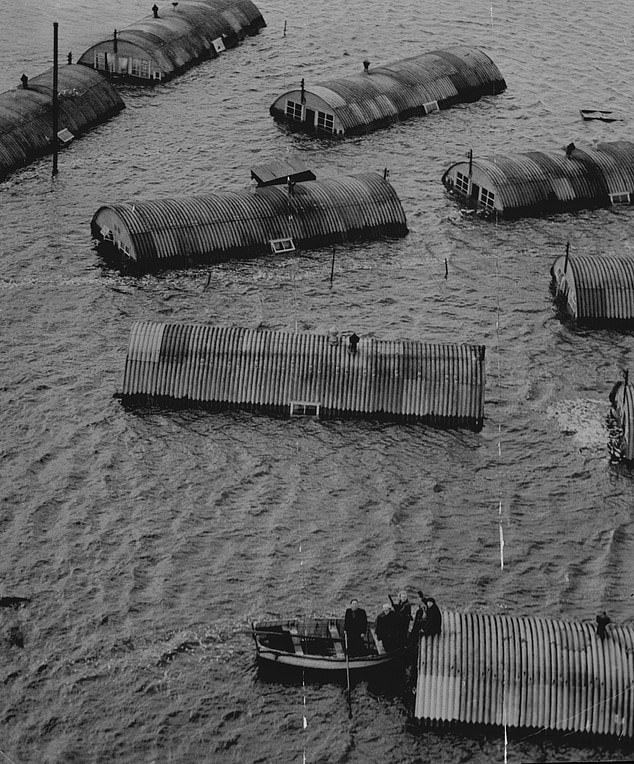 Flood waters lapping the eaves of Nissen huts at Foulness Island, Essex in 1953, after the war 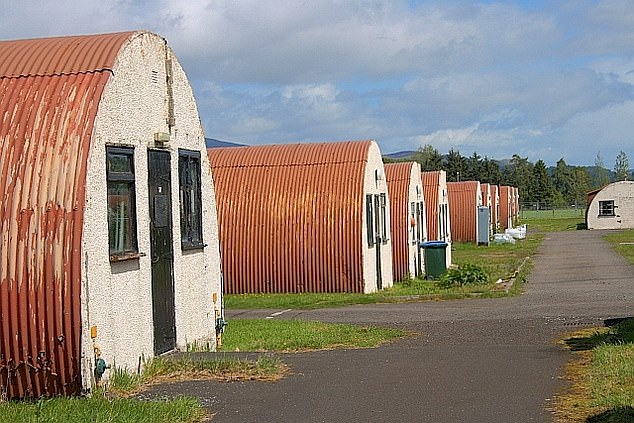 The huts were bought up by farmers for storage and animals after the war. During the conflict the Nissen building company released its rights so that the military could make the huts it needed on the front lines 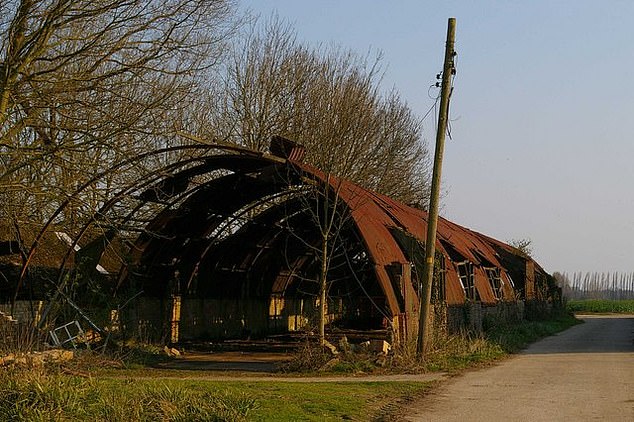 Nissen huts can be spotted across the UK today, but they are going to be in gardens soon

The history of the Nissen Hut:

Major Peter Norman Nissen of the 29th Company Royal Engineers of the British Army began experimenting with hut designs in April 1916. After a third prototype Nissen finished his design, which was assessed by fellow soldiers.

Before the end of the First World War 100,000 huts, made from wood and corrugated metal, were produced. They were turned into churches and bomb stores, as well as being used for accommodation. 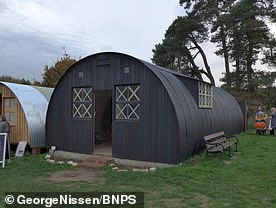 The Nissen hut could be packed in a standard Army wagon and could be erected by a small team of men. The record for putting one together was one hour and 27 minutes.

Nissen patented his prefabricated steel structure in the UK in 1916 and patents were taken out later in the United States, Canada, South Africa and Australia.

After production dropped off between the wars, they again began to be mass-produced in 1939 and came into their own across the globe in World War Two.

But while they were quick to erect, they were not always loved by those who stayed in them.  In Britain people complained they were cold and draughty – in the Middle East they were felt to be hot and stuffy.

The Major was awarded the DSO (Distinguished Service Order). 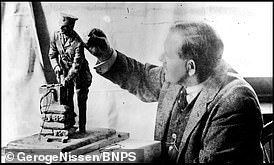 Major Peter Nissen was awarded the equivalent of £1million

Mr Nissen, an architect, said: ‘About two years ago I thought about redesigning the Nissen Hut to not only celebrate its centenary but also to facilitate people home working.

‘Most garden offices are small boxes and we are trying to provide something a bit different.

‘The new huts are similar in design and shape but are on a smaller scale and are much better insulated.

More than 100,000 Nissen Huts were built during the First World War, with many of them being used as a makeshift hospital as well as barracks.

After the conflict, he was awarded the Distinguished Service Order for his work and invention.

During the Second World War Maj Nissen waived any royalties after the huts went back into mass-production.

Mr Nissen, from Queens Park, west London, said: ‘The original huts were designed to be easy to put up and to move.

‘My great-grandfather was in the Royal Engineers and it was decided that a new storage hut was needed.

‘It had to be a building that could be put up very quickly with minimal foundations, but taken down when the front moved position.

‘After the war they were widely used by farmers and the Forestry Commission as outbuildings.

‘Then the Second World War came along and their production was ramped up again.

‘At the time timber was used to construct them but that was stopped as the troops used this for the stove so they were double-skinned with corrugated iron.

‘My great-grandfather died quite young between the wars and at that point the business vanished and various companies continued to produce them.’

The new huts still have a corrugated iron roof but the main structure is made out of plywood.

The huts cost about £13,000 and take George three days to put up. They are available to buy online. 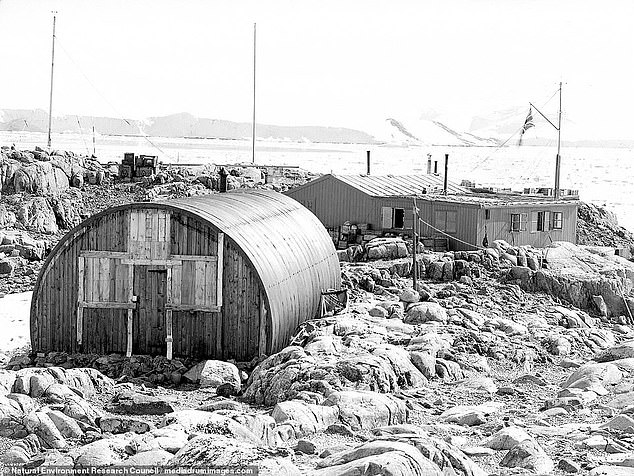 On. the front lines the buildings were portable. Above is one in the Antarctic which had been erected by the Royal Navy on Operation Tabarin, a secret mission to deny the continent to Britain’s enemies in World War Two 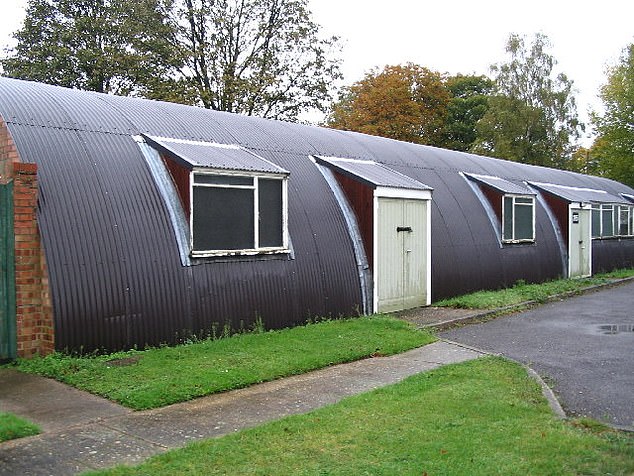