Nixon, Cuomo to face off in debate as NY primary draws…

As Cynthia Nixon prepares to go face-to-face with New York Gov Andrew Cuomo, on Wednesday she has one request: temperature control.

Nixon’s team voiced their concerns that the debate hall at Hofstra University might be too cold.

Cuomo has been known to favor brisk temperatures during his public appearances.

Last week, one of Nixon’s strategists, Rebecca Katz, requested that the temperature in the debate hall remain at 76 degrees Fahrenheit, according to The New York Times.

She said working conditions are ‘notoriously sexist when it comes to room temperature, so we just want to make sure we’re all on the same page here’. 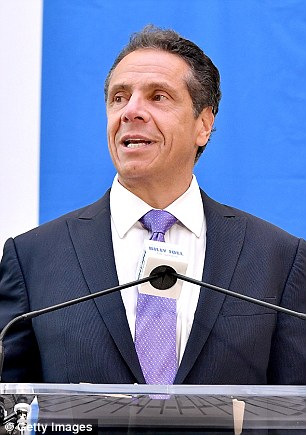 Last week, one of Nixon’s strategists, Rebecca Katz, requested the temperature in Hofstra’s (pictured) debate hall remain at 76F. She said working conditions are ‘notoriously sexist when it comes to room temperature, so we just want to make sure we’re all on the same page here’

Katz sent the email to WCBS-TV, the debate host, who has been accused by Nixon’s team of catering to Cuomo’s needs.

She told the Times on Tuesday that she hasn’t heard back from WCBS about their request.

Cuomo’s camp, meanwhile, mocked Nixon’s campaign for asking that the venue’s temperature be set at 76 degrees.

His campaign said it made no temperature requests.

Nixon and Cuomo will square off Wednesday in their only scheduled debate before next months’ Democratic primary.

With Nixon trailing in the polls and in fundraising, the debate provides the former ‘Sex and the City’ star with what could be her last good chance to speak directly to voters – and perhaps knock Cuomo off his game.

Look for Cuomo to tout his progressive credentials and his opposition to Republican President Donald Trump while trying to avoid gaffes, such as the one he made two weeks ago when he said America ‘was never that great’.

‘The stakes are extremely high for Nixon,’ said Baruch College political scientist Doug Muzzio, who predicted that she would come armed with 15 to 20 one-liners intended to rattle Cuomo.

‘She’s got to make up an incredible amount of points before she’s even in striking distance. She’s got to be knowledgeable about the issues, tough but not too tough.’

Reflecting the testiness of the race, the two campaigns struggled to agree even on the logistics of the debate.

Nixon’s campaign first accused Cuomo of ducking earlier debate requests and then said he was trying to control the terms of Wednesday’s exchange, demanding that the candidates remain seated during the back-and-forth and not shake hands before or after. 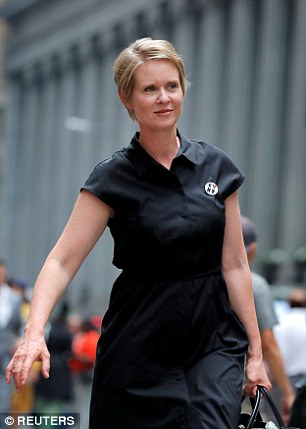 With Nixon trailing in the polls and in fundraising, the debate provides the former ‘Sex and the City’ star with what could be her last good chance to speak directly to voters

Polls give Cuomo a lead of 30 percentage points going into the primary. He also has a formidable financial advantage going into the final weeks of the campaign, with more than $20million in his campaign account compared to $450,000 for Nixon.

The debate will be the first time the candidates have met since Nixon, 52, entered the race this spring.

She has aggressively attacked Cuomo from the left, portraying him as a bully and an insider who has failed to address chronic government corruption, income inequality and New York City’s aging subways.

Nixon is betting on big support from liberals who have long been skeptical of Cuomo, once a centrist who has recently moved further to the left, a shift Nixon’s campaign refers to as the ‘Cynthia effect’.

‘The polls right now are not capturing the new progressive voters and the hunger for real change,’ Nixon told reporters in Albany last week, adding that she was more focused on meeting voters than preparing for the debate.

‘We’re talking to people. We’ve got thousands of volunteers across the state… we are mobilizing our army.’

His campaign aides, however, have dismissed Nixon as a dilettante too inexperienced to lead the nation’s fourth largest state.

The campaign released an advertisement featuring an endorsement from former Vice President Joe Biden on Tuesday that plays up the issue of experience.

Asked by reporters on Monday how he was preparing for Wednesday’s debate, Cuomo had a one-word response. 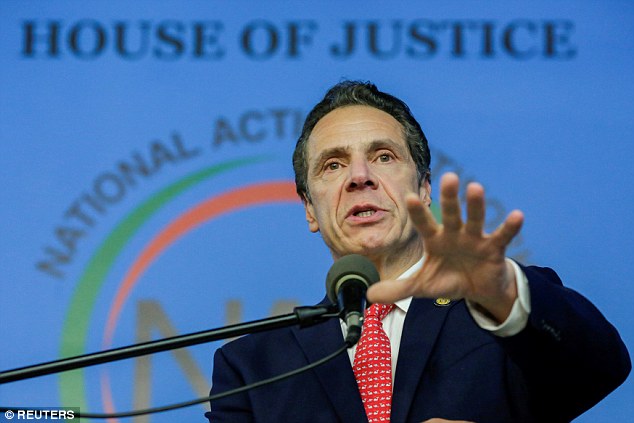 While there may be more pressure on Nixon, Muzzio said Cuomo, known for his rough edges, will want to avoid a gaffe or comments perceived to be dismissive of his opponent.

He later said the comment was an ‘inartful’ way of saying that Trump wants to return to a time of greater intolerance and bigotry.

Teachout went on to win a third of the vote. She is now running for attorney general.