No. 9 Auburn opens with marquee matchup vs. No. 6…

No. 9 Auburn opens with marquee matchup vs. No. 6 Washington

Here are a few things to watch during the opening week of the Southeastern Conference football season:

GAME OF THE WEEK: No. 9 Auburn vs. No. 6 Washington in Atlanta. Auburn opens the season as one of the SEC’s highest-regarded teams , but the Tigers’ schedule is absolutely brutal, starting with the neutral site game against the Huskies. The game features an elite quarterback matchup with Auburn’s Jarrett Stidham and Washington’s Jake Browning. It’s also an opportunity for the Pac-12 to gain some momentum with a big win after going 1-8 in bowl games last year.

FILE-In this Nov. 25, 2017, file photo, Auburn quarterback Jarrett Stidham (8) gets past Alabama linebacker Dylan Moses (18) to carry the ball in for a touchdown during the second half of the Iron Bowl NCAA college football game, in Auburn, Ala. Auburn has high hopes for Stidham, who was one of the SEC’s most efficient passers as a first-year starter. Auburn hasn’t had a two-year starter at quarterback since Nick Marshall in 2013 and 2014. (AP Photo/Butch Dill, File)

NUMBERS GAME: The SEC has five new coaches this season: Texas A&M’s Jimbo Fisher, Mississippi State’s Joe Moorhead, Arkansas’ Chad Morris, Florida’s Dan Mullen and Tennessee’s Jeremy Pruitt. That represents the SEC’s highest total since 1946, when the league had six new coaches. … Mississippi is the only Football Bowl Subdivision team that returns three receivers who caught at least seven touchdown passes last season: A.J. Brown, DaMarkus Lodge and D.K. Metcalf. … Fisher is seeking to become the first Texas A&M coach to win his debut game since Dennis Franchione in 2003. Mike Sherman and Kevin Sumlin both began their tenures with losses. … Auburn’s matchup with Washington marks its fifth meeting with a top-10 team in its last six games, dating back to last season. … Kentucky has a new starting quarterback to open the season for the fourth straight year. The job this year is going to Garden City (Kansas) Community College transfer Terry Wilson.

UPSET OF THE WEEK: Tennessee is a 10-point underdog against No. 17 West Virginia at Charlotte, North Carolina, but the Volunteers own a 5-0-1 record in season-opening neutral-site games. That mark includes an overtime victory last year over Georgia Tech in Atlanta’s Mercedes-Benz Stadium. Tennessee will struggle to slow down preseason All-America quarterback Will Grier, but the Vols could run the ball well enough to shorten the game and keep West Virginia’s high-powered offense on the sidelines. Vanderbilt’s a three-point favorite over Middle Tennessee but could have a tough time containing Blue Raiders quarterback Brent Stockstill, particularly now that the Commodores’ secondary has lost some depth with safety Zaire Jones getting suspended indefinitely following an arrest last week.

PLAYER TO WATCH: Alabama’s Tua Tagovailoa. All eyes have been on the quarterback battle in Tuscaloosa, but coach Nick Saban hasn’t given many hints . Jalen Hurts has won a lot of games at Alabama, but it’s hard to believe Tagovailoa stays off the field completely after he threw for 166 yards and three touchdowns in last year’s national championship win over Georgia.

Steve Megargee from Knoxville, Tennessee, and David Brandt from Jackson, Mississippi, contributed to this story. 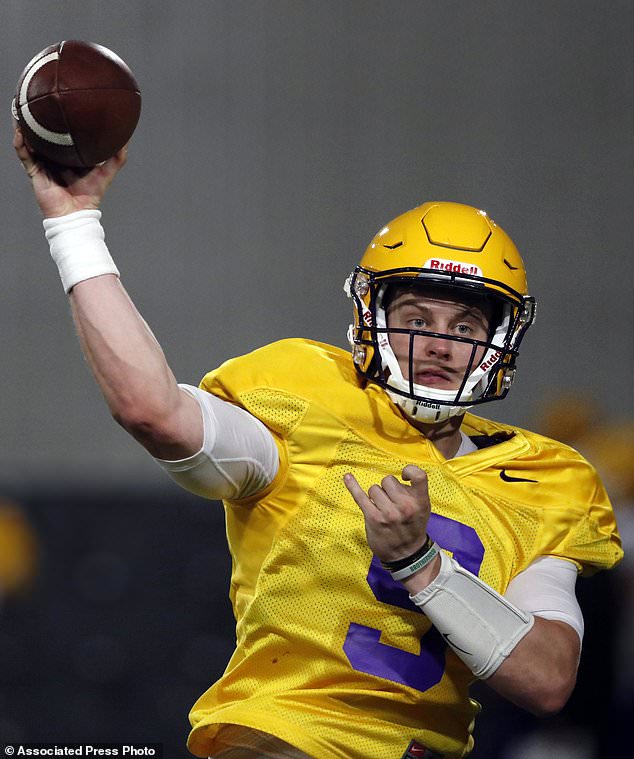 FILE – In this Aug. 6, 2018, file photo, LSU quarterback Joe Burrow (9) passes during an NCAA college football practice in Baton Rouge, La. LSU has named Ohio State transfer Burrow as its starting quarterback when the No. 25 Tigers open their season Sunday, Sept. 2, 2018, against No. 8 Miami in Dallas. (AP Photo/Gerald Herbert, File) 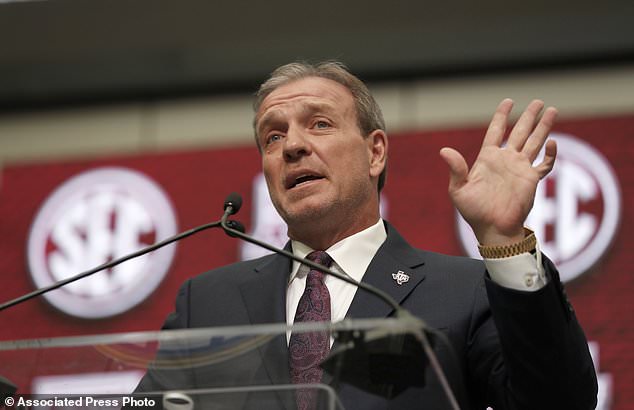 FILE – In this July 16, 2018, file photo, Texas A&M head coach Jimbo Fisher speaks at Southeastern Conference Media Days in Atlanta. Texas A&M handed Fisher a 10-year, $75 million contract to leave Florida State after Kevin Sumlin was fired last year. Aggie fans believe that’s 75 million reasons why he should be the one to deliver their first national title since 1939. He knew what the expectations were before the ink was dry on the deal. And he insists he isn’t daunted by them.(AP Photo/John Bazemore) 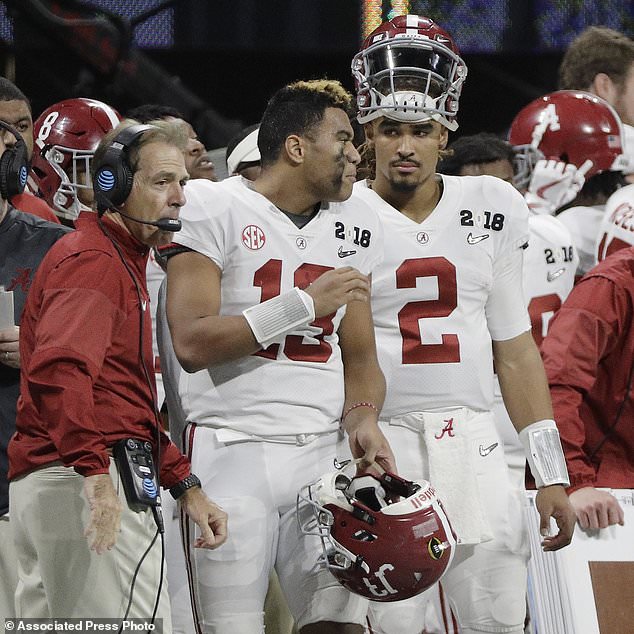 FILE – In this Jan. 8, 2018, file photo, Alabama quarterbacks Jalen Hurts (2) and Tua Tagovailoa (13) and head coach Nick Saban watch from the sideline during the second half of the NCAA college football playoff championship game against Georgia in Atlanta. (AP Photo/David J. Phillip)