No. 9 Notre Dame wears down No. 14 behind Adams and Love

SOUTH BEND, Ind. (AP) – There was plenty of Love in the air and on the ground as No. 9 Notre Dame continued its comeback season with a convincing 35-14 victory over 14-ranked North Carolina State on a blustery Saturday afternoon.

“It’s amazing running behind those guys,” Notre Dame running back Josh Adams said after he rushed for 202 yards on 27 carries, including a 77-yard touchdown burst in the third quarter. “I just love those guys.”

Adams, whose sixth 100-yard rushing game of the season and second 200-yard effort, has been catapulted into the Heisman Trophy race by his offensive line that produced 318 rushing yards. The 6-foot-2, 225-pound junior now has 1,169 yards on 132 carries, an average of 8.9 yards per carry.

“There’s 11 guys on offense, 11 on defense and 11 on special teams,” said Adams, who wears No. 33, about the on-line campaign “33 Trucking.” ”I don’t think it’s built around me. We’re just trying to stay focused in what we want to accomplish.”

The sixth straight victory by Brian Kelly’s team, now 7-1, avenged a 10-3 loss at N.C. State last year in the aftermath of Hurricane Matthew that was the low point of a 4-8 campaign. N.C. State (6-2) saw its six-game winning streak come to an end.

“Our guys were up to the task,” Kelly said. “They continually come out with energy and a mindset to get after the opponent.”

“I thought we really needed it,” said Love, who also had three passes broken up. “We were up but you always need that turn of momentum, that crushing blow to an opponent.”

Love’s interception ended N.C. State quarterback Ryan Finley’s streak of consecutive passes without throwing an interception at 339. Earlier this season, Love had a 50-yard interception return for a TD in Notre Dame’s 38-18 victory at Michigan State.

“That was a huge momentum play,” N.C. State coach Dave Doeren said. “I thought their defensive kids played well We were able to score just one touchdown.”

Notre Dame junior quarterback Brandon Wimbush had three first-half touchdowns, his 11th rushing TD of the season and two scoring passes of 25 yards to Durham Smythe and 11 yards to Kevin Stepherson. The scoring pass to Smythe came after Germaine Pratt of N.C. State fell on a blocked Irish punt to put the Wolfpack up 7-0.

“When you get a punt block, the tendency is that it affects your football team,” Kelly said. “Our team didn’t flinch.”

N.C. State: The Wolfpack return home to play defending national champion Clemson Saturday in a battle for first place in the Atlantic Coast Conference Atlantic Division. N.C. State, 4-0 in league play, is probably out of the national championship picture.

“We’re going to go home, we’re going to look at what happened, why we didn’t play the way we expected to,” Doeren said. “We’ll have those answers as we watch the film, get ready to play Clemson at home, which I know is a game our guys are excited about.”

“We’ve gotten better each and every week,” Kelly said. “We’re physically stronger, so mentally we’ve established a mindset as to how we play. I think the kids are trusting the teaching. So if you take the physical, the mental and the teaching, it’s a team that is getting better.”

N.C. State suffered a big blow to its offense when Hines, who had rushed over 100 yards in the previous three games, sustained an ankle injury on the kickoff following Notre Dame’s first touchdown of the game. Hines, a track All-American, averages 178.4 all-purpose yards per game that was fourth nationally. Another all-purpose standout, Jaylen Samuels, and backup running back Reggie Gallaspy took his place.

Adams’ 35-yard run in the first quarter took him over the 1,000-yard plateau on his 110th rushing attempt, the quickest in Notre Dame history. He finished the half with 102 yards on 18 carries, his sixth 100-yard effort of the season and fifth time he’s reached the century mark before halftime. Wimbush’s 3-yard TD run in the second quarter was his 11th rushing TD of the season, the most by a quarterback in a season at Notre Dame. 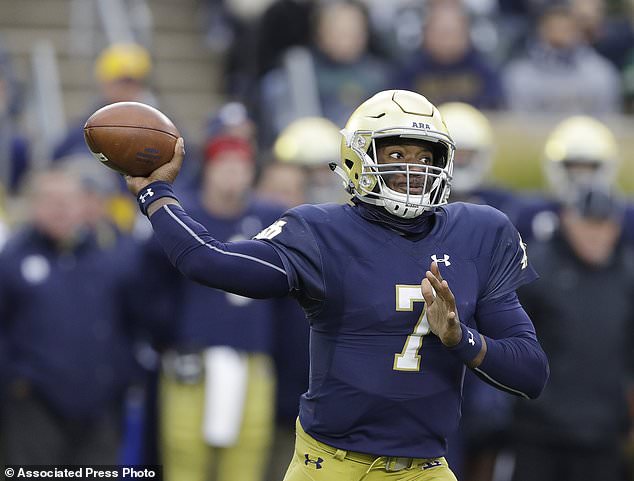 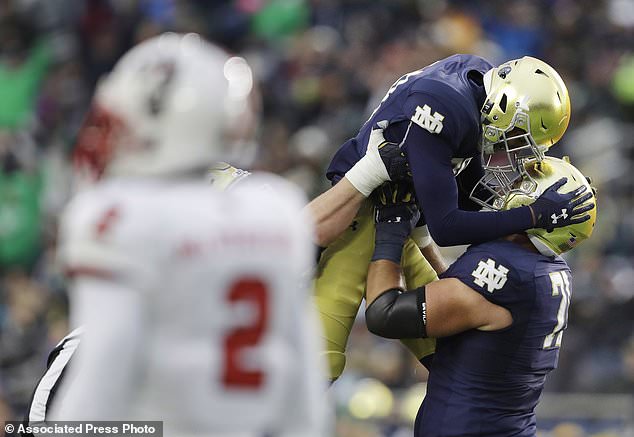 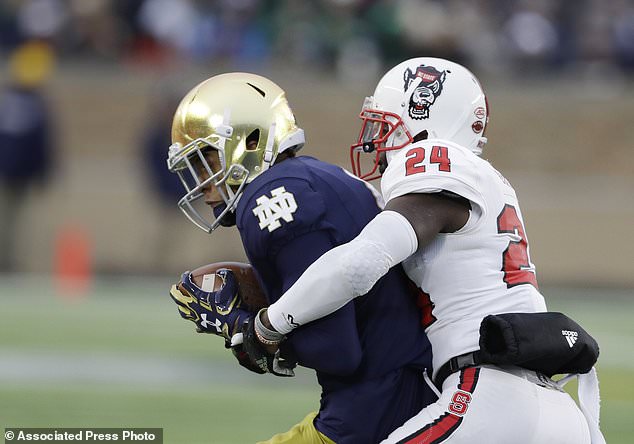 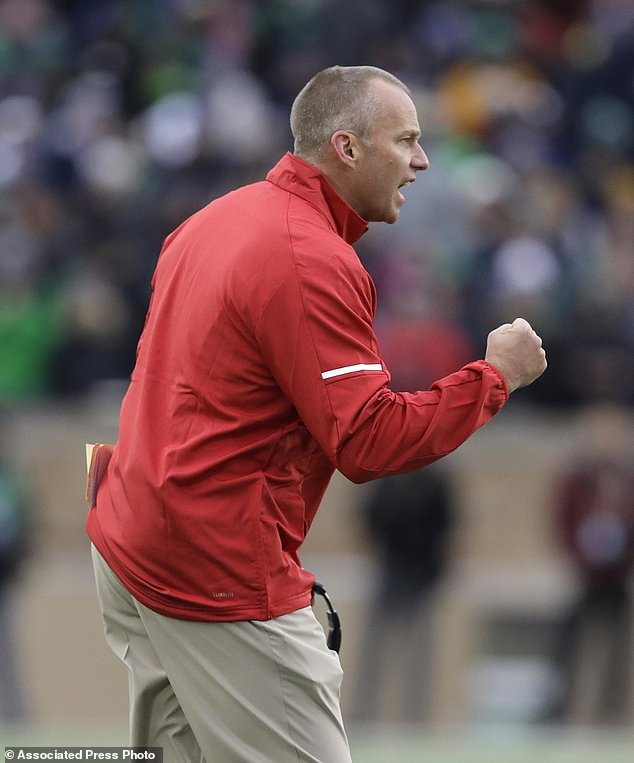 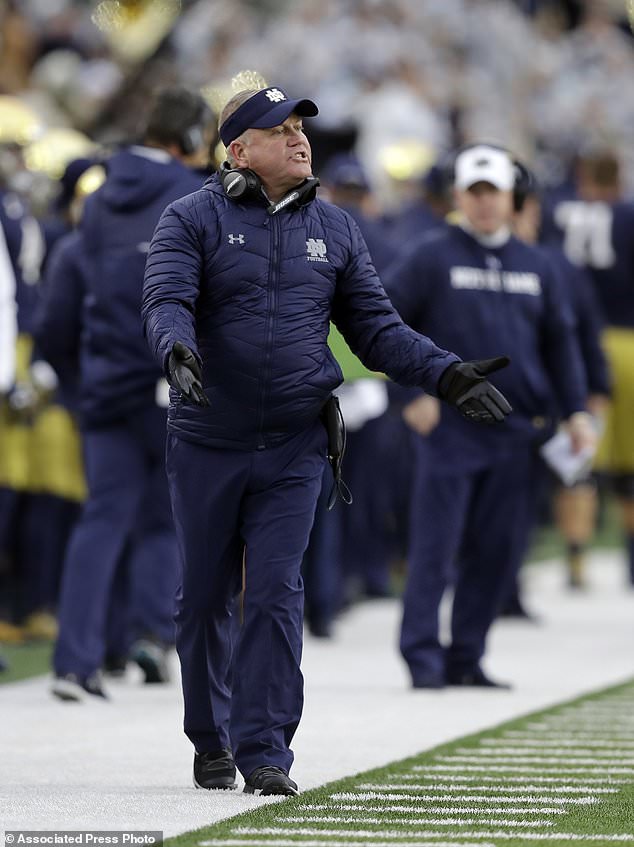