Robben started last week’s first leg — which Real won 2-1 in Munich — but was on the pitch for just eight minutes before injury intervened and forced him off.

The 34-year-old’s adductor problems saw him watch Saturday’s 4-1 Bundesliga win over Eintracht Frankfurt from the stands. 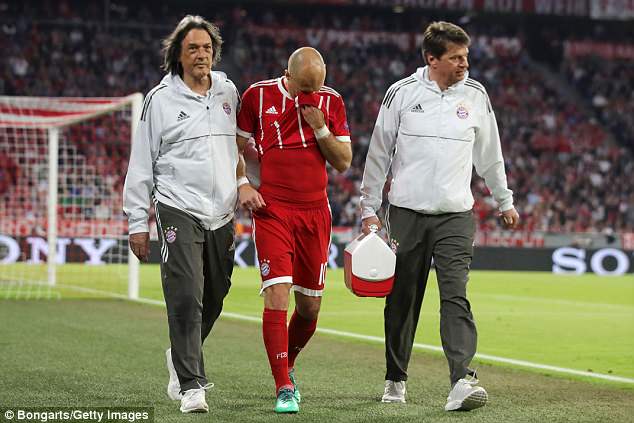 Robben did train, albeit alone, on Sunday which gave fans a glimmer of hope that he might be available to take on Real.

But on Monday Bayern published their squad list for the trip to Madrid and Robben’s name was not included.

Bayern must score at least twice at the Bernabeu, so going there without Robben — who has provided seven goals and six assists this season — is a blow.

Big performances will be needed from top-scorer Robert Lewandowski — who is one strike short of hitting the 40-goal mark in club football this season — and Franck Ribery, with the Frenchman likely to be deployed as Bayern’s senior winger in Robben’s absence.

Bayern have not won on six visits to the Bernabeu since a 1-0 triumph in 2001.