No Brexit is worse than no deal says Sajid Javid

The Chancellor said even the disruption of No Deal would not be as bad as not leaving at all.

He also insisted that, despite the efforts of Remain MPs, No Deal was still ‘very much on the table’.

In an interview with the Daily Mail on the eve of the Conservative Party conference, Mr Javid said: ‘The best way to bring the country back together again and heal things is to deliver on that referendum.

In an interview with the Daily Mail on the eve of the Conservative Party conference, Sajid Javid (pictured) said: ‘The best way to bring the country back together again and heal things is to deliver on that referendum’ 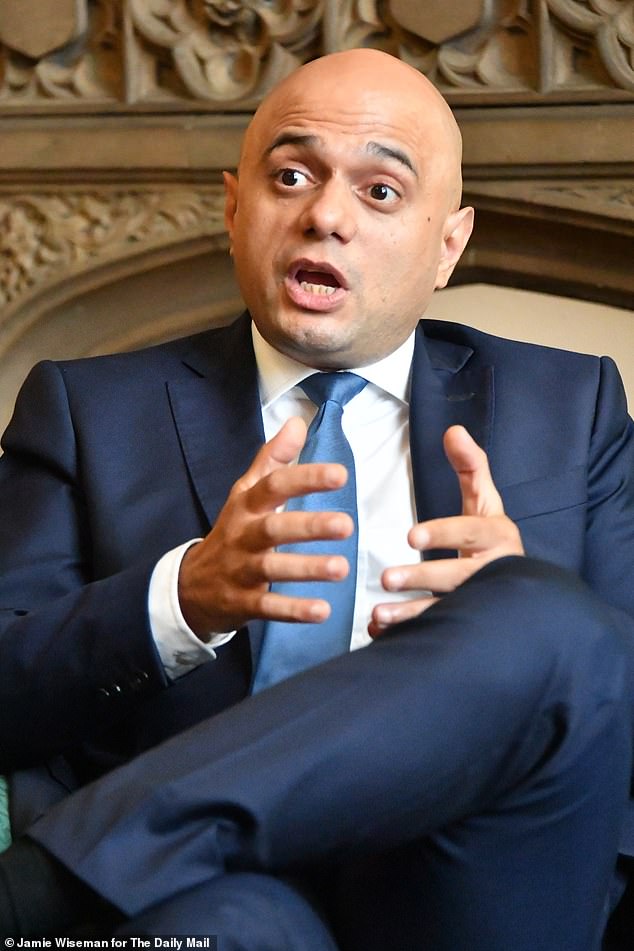 He also insisted that, despite the efforts of Remain MPs, No Deal was still ‘very much on the table’

‘We can’t have this debate going on. We’ve had the referendum, it was the biggest democratic exercise in the history of our country. And we have to honour it.

‘It’s a real test of the very fabric of our democracy. Our country, our democracy is a fabric that’s been woven together over centuries, and made us what I think is one of the strongest democracies in the world.

‘If we don’t deal with this and exit on October 31, I just fear we tear that fabric in a way that we might not be able to stitch it up again.’

Mr Javid has been responsible for ramping up No Deal preparations, releasing an extra £4billion for departments since taking office in July. He said Britain would be ‘ready’ to leave the EU without a deal on October 31.

He said: ‘I don’t pretend for a second that there won’t be challenges. There will be some disruptions here because we can’t control what the EU do in No Deal ideal situation. Of course not.

‘But we are putting in place many mechanisms and processes to handle No Deal and eventually, I also believe that we will come out and be stronger as a country once we’ve accepted the new.’

The Chancellor rounded on Opposition MPs for forcing through legislation designed to block No Deal, saying it ‘does make it harder’ to strike a withdrawal agreement with the Brussels bloc.

‘This is not helpful,’ he said. ‘And I think the impression from the opposition is that they really don’t want us to leave the EU at all, which is completely unacceptable.’

Mr Javid insisted the Prime Minister would still press ahead with the planned departure on October 31, regardless of whether a deal had been struck.

He said: ‘With the legislation they are obviously trying to make No Deal less likely, but it is still very much on the table – and it is something that we are absolutely prepared to go down that road, if that’s what it comes to.

‘But, and I can’t emphasise this enough, as a Government, we want a deal. There are active negotiations going on as we speak, and there is every reason to think we can still get a deal to put before Parliament. If we don’t, we will leave without a deal.’

The Chancellor insisted his relationship with Mr Johnson was very strong, despite talk of tensions following the sacking of his aide.

He set up team-bonding sessions for advisers from No 10 and No 11 over a lasagne supper. And he said his dog Bailey had befriended the PM’s new pet Dilyn, joking: ‘Even our dogs are friends!’

His claim of a close relationship was strengthened last night when it emerged the Prime Minister has asked him to chair a committee on ‘domestic priorities and delivery’.

Sources said the group would act as a ‘star chamber’ with ministers asked to present their plans for approval. But Mr Javid still said he was deeply uncomfortable with the decision to expel 21 Tory MPs for voting with Labour to frustrate No Deal.

He said the PM had ‘a right’ to discipline the group, which includes senior figures such as Philip Hammond, David Gauke and Rory Stewart. 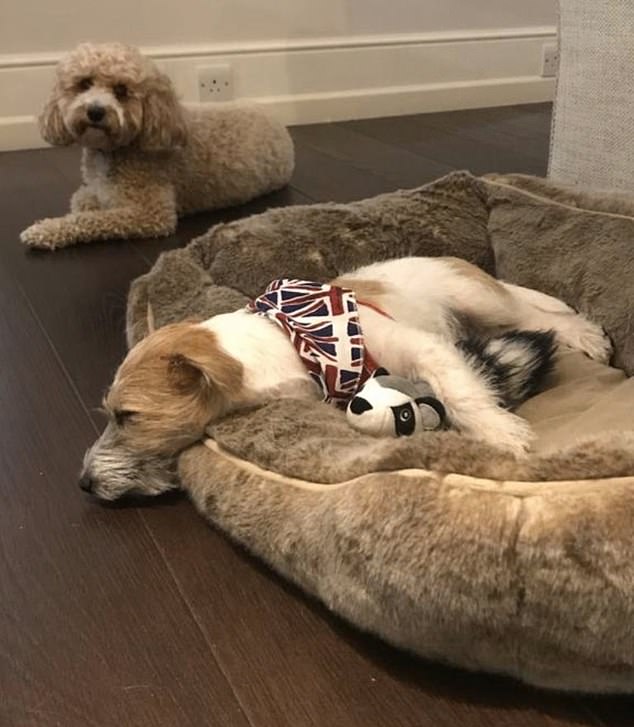 He set up team-bonding sessions for advisers from No 10 and No 11 over a lasagne supper. And he said his dog Bailey had befriended the PM’s new pet Dilyn, joking: ‘Even our dogs are friends!’

But he added: ‘These are people that I still consider my friends, they are good Conservatives. And I’d like to think there is a way back.’

He was also scathing about the sacking of his aide Sonia Khan, which was carried out without his consent. Miss Khan was frogmarched out of No 10 after Mr Cummings accused her of contacting allies of her former boss Mr Hammond.

Mr Javid, who took up the issue with the PM personally, said: ‘Everyone agreed that it wasn’t handled well.

‘It was agreed that there be significant changes after that. And nothing like that can ever happen again.’

The Chancellor will today unveil a £16.6billion ‘No Deal guarantee’ to make up the shortfall in EU grants to businesses, universities and charities in the next few years.

The money includes £4.3billion for the coming year if Britain leaves the EU without a deal next month.

Mr Javid also insisted Islamic State bride Shamima Begum should remain banned from Britain, despite her claim that she now ‘hates’ the terror group. Miss Begum is challenging Mr Javid’s decision as home secretary to strip her of her British citizenship.

In an interview with the Daily Mail this week, she said she was suffering mental health problems and wanted to come back to the UK from Syria, where she joined the murderous terror group as a 15-year-old runaway in 2015.