Boris Johnson’s uncompromising No Deal strategy is being modelled on President John F. Kennedy’s Apollo programme that landed a man on the Moon, insiders have told The Mail on Sunday.

Mr Johnson’s chief strategist Dominic Cummings – who has long been fascinated by Nasa’s mastery of space in the 1960s – has overseen the establishment of a ‘No Deal dashboard’ which can be simultaneously accessed by nearly 200 Ministers, No 10 staff, senior special advisers and the top-tier mandarins.

The matrix uses a traffic-light system to track the progress of 347 different ‘actions’ across Government to ensure no problems hit key issues such as medical supplies, freight traffic, petrol supply and UK citizens living in EU countries after Brexit on October 31.

One small step for Boris, one giant leap for Brexit: MPs have created a ‘No-Deal dashboard’ which is accessible for senior special advisers, top-tier mandarins and No 10 staff. It allows participants to raise an alert about one of the actions which turns red and if it is under control, it shows amber or green

If a sufficient number of the participants raise a serious alert about one of the actions then it will flash red, showing a problem that needs to be dealt with; if the situation is deemed to be under control then it shows amber or green.

During the Apollo programme, which ran from 1961 to 1972, the most senior Nasa scientists each had simultaneous access to the technical preparations.

Mr Johnson’s allies say the dashboard, run by senior aide Oliver Lewis, demonstrates how serious the Prime Minister is about preparing the country for No Deal. 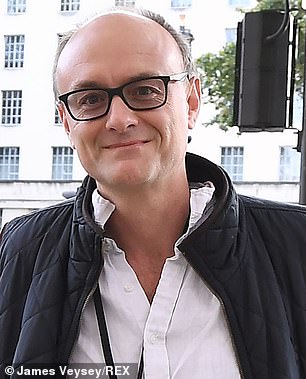 But it could also be seen as a public relations move designed to spook Brussels into ripping up its Brexit deal containing the hated Northern Irish backstop.

In a blog entry posted online in 2017, before he entered Downing Street, Mr Cummings said his Brexit plan was to ‘re-engineer institutions’ and land Britain outside of the EU just ‘like the Apollo mission’.

And he cited the strategy of the ‘brilliant and fearless’ George Mueller, the American electrical engineer who headed the Office of Manned Space Flight from September 1963 until December 1969, five months after Apollo 11’s successful Moon landing.

Mr Cummings said: ‘You will only get on top of Brexit if you realise that leaving the EU is a systems problem requiring a systems response and this means a radically different organisation of the UK negotiating team.

‘The challenge is not far short of the political equivalent of the Apollo programme and it needs similarly imaginative management. 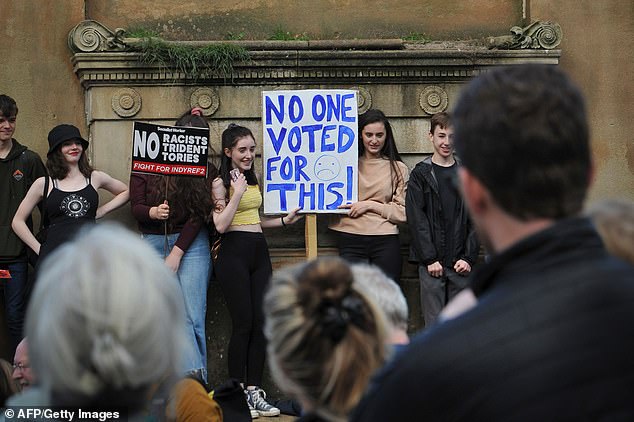 Demonstrates holds up signs saying ‘no one voted for this’ in Glasgow, Scotland, about government’s decision to suspend parliament in the final weeks before Glasgow, today 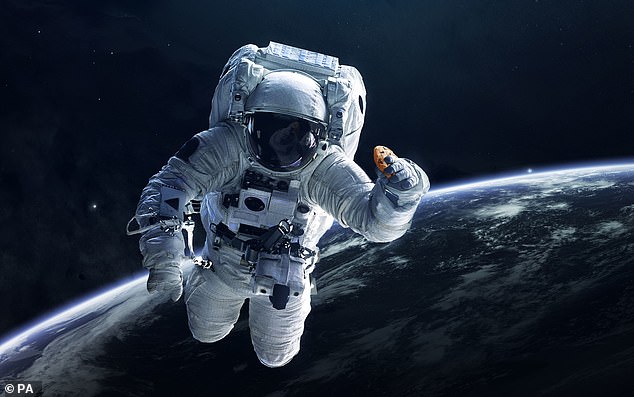 ‘Everybody in a large organisation must understand as much about the goals and plans as possible. Whitehall now works on opposite principles: I doubt a single department has proper orientation across most of the organisation, never mind a whole government… there must be an overall approach in which the most important elements fit together, including in policy, management, and communications.

‘Mr Mueller turned the failing Nasa bureaucracy into an organisation that could put man on the Moon’.

Echoing Mr Cummings, Mr Johnson wrote a few days before becoming Prime Minister that the 1969 Moon landing proved that he will be able to deliver Brexit by October 31. He said that a ‘sense of mission’ akin to that of the Nasa project was all that was needed to take Britain out of the EU on time.

Last night, a senior Government source told The Mail on Sunday: ‘Kennedy was serious about getting to the Moon and we are serious about achieving Brexit by any means necessary.

‘The administrative tools that made the Moon landings happen will make Brexit happen. Oliver’s dashboard is a critical tool not only in preparation for a No Deal Brexit if necessary, but sending a signal to Whitehall, the Eurocrats in Brussels, and indeed the country, that this is happening.

‘We are serious, but also that it will be properly organised and executed as smoothly as possible.’ 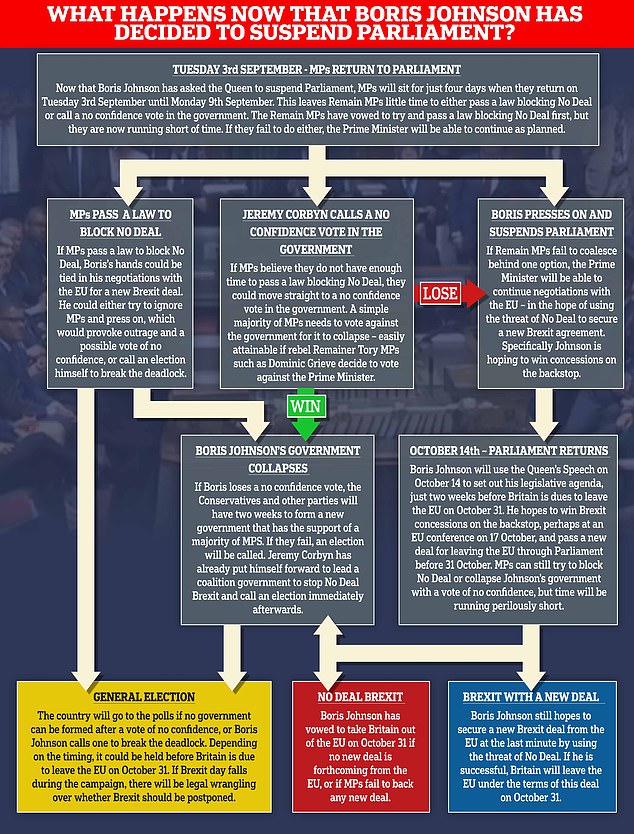