Hundreds of Kentucky miners are blocking a $1 million shipment of coal from leaving a Harlan County mine until they receive their final pay checks.

More than 300 miners were unexpectedly unemployed after their employer, two-year-old company, Blackjewel, declared bankruptcy and shut down its operations on July 1.

The company did so without filing the mandatory 60-day advance warning and without posting a bond – which is a requirement by Kentucky law – to cover payroll.

As a result the miners’ final paychecks bounced leaving many out of pocket.

The New York Times reported lawyers representing the miners in bankruptcy proceedings estimated the employees were each owed about $4,202.91.

About a month after the company went under, a final load of coal with an estimated worth in excess of $1 million was due to be shipped out.

The miners found their bargaining chip. 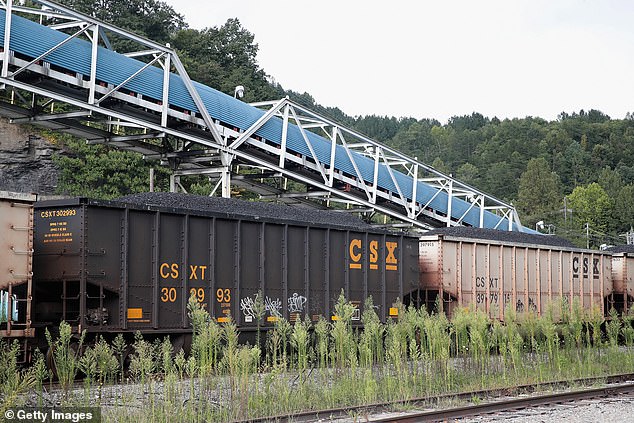 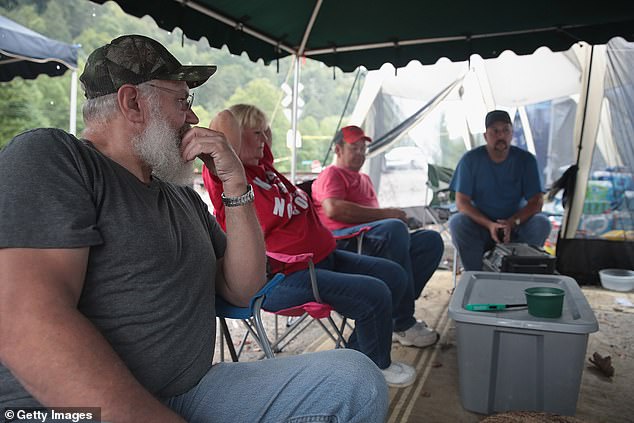 The blockade of the valuable shipment began on the afternoon of July 29, with a handful of miners and their families, camped on the tracks near the Cloverlick No. 3 mine.

Twenty-six days later the once-small blockade has grown into a small tent city.

The miners and their supporters at the railway camp are refusing to allow the shipment’s passage until they receive the wages they are due.

People can be seen sitting in chairs, forming a human chain across the tracks and holding signs that say: ‘No pay, we stay’.

A calendar marking each day of the blockade has also been set up inside one of the tents.

Train cars loaded with coal can be seen sitting still on the tracks at the Blackjewel mining operation.

One of the miners, Chris Rowe, a spokesman for the group of miners, said they were angry and frustrated they had done all the working digging the coal, but were not paid.

‘We’re doing without money, food and everything else before our kids are starting back to school,’ he told CNN affiliate WYMT. ‘We can’t even get clothes or nothing else for them, so it was like a kick in the face.’ 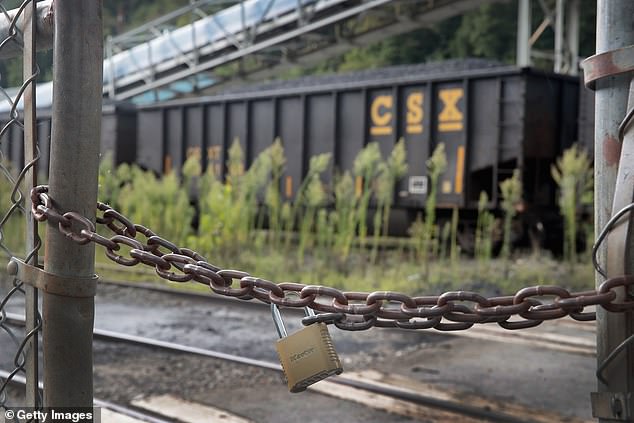 The shipment of coal is said to be worth in excess of $1 million. Blackjewel has promised the miners proceeds from its sale will go to them, but the miners have said they won’t budge till they get their final pay check 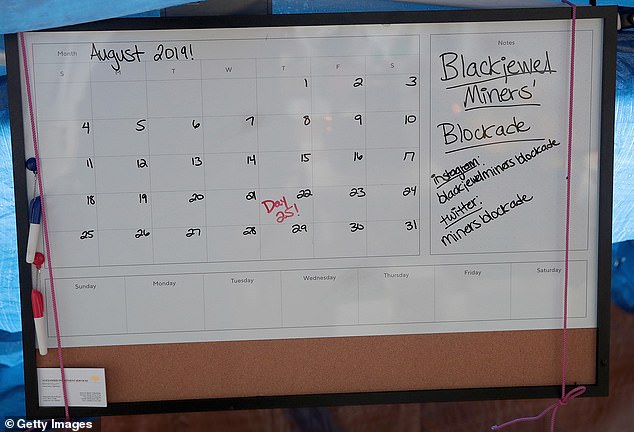 Their cause has received widespread support with Senator Bernie Sanders reportedly sending 18 pizzas to the miners last Friday, other politicians have also voiced their support as well as local churches, restaurants and businesses.

Such bankruptcies and layoffs have become common place in an industry which is said to be in decline, but its the first protest of its size in recent years.

The miners’ plea has not gone unheard, the Department of Labor intervened, asking the bankruptcy judge to block shipment of the coal and deeming it ‘hot goods.

And the mining company Blackjewel has promised proceeds from the coal’s sale would go towards the miners. The company said but it would leave the coal where it was until an agreement on the final payment could be made.

However, the protesters said they planned to keep up their blockade until they have their final pay check in hand. 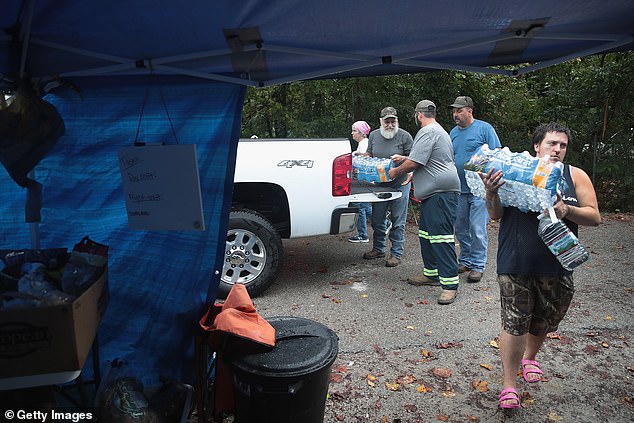 Blackjewel coal miners and volunteers unload a truckload of donated supplies at the blockade of the railroad line near the Cloverlick No. 3 mine 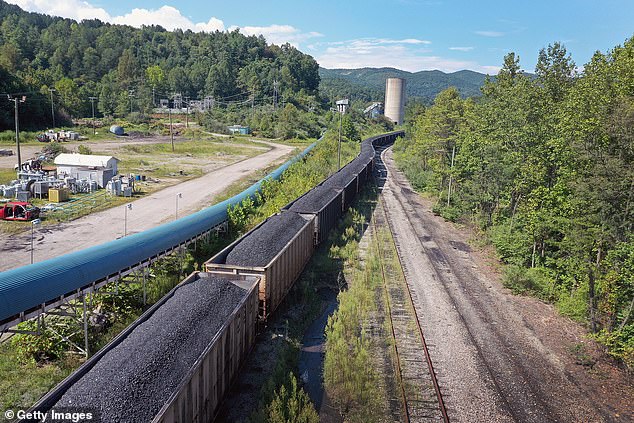 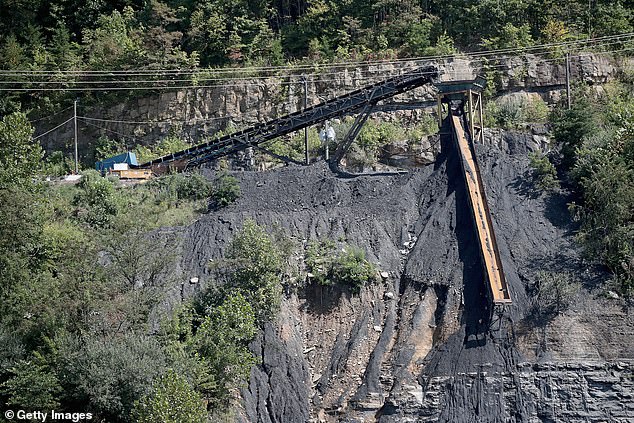