No figure in public life has a greater capacity for patience nor had that forbearance tested more often than the Queen.

In recent times, provocations have come thick and fast, but still she has weathered them all with the same remarkable self-restraint that has so often served her through her 67 years as monarch.

Yesterday, however, she showed signs that there is a breaking point.

The stern rebuke from Buckingham Palace to former Prime Minister David Cameron for speaking out about how he sought her help ahead of the Scottish independence vote in 2014 is the clearest signal that she considers it not only a mere breach of good manners — plenty of politicians, including ministers, have done that in the past — but an abuse of the sacred trust that must exist between Sovereign and Prime Minister.

We can be certain that the view which emanated in a coded briefing from royal aides to the BBC that there was an ‘amount of displeasure’ over Mr Cameron’s remarks fully reflects the Queen’s attitude.

The intervention was reminiscent of the extraordinary ‘The knives are out for Fergie’ headline in 1992 when, following her separation from Prince Andrew, Palace officials attacked the Duchess of York’s ‘unruly behaviour’ and questioned her suitability for royal life.

But, on that occasion, the aide who provided the briefing — also to the BBC — was later forced into a climbdown and an apology.

Yesterday, Buckingham Palace showed no sign of a change of heart. ‘It’s a fair description,’ an official said of the briefing. ‘No one is backtracking on it.’

What stung the Palace was not just Mr Cameron’s revelation in a BBC documentary to promote his memoirs that he had asked whether the Queen could ‘raise an eyebrow’ at the prospect of Scotland voting for independence — but also the fact that he was making it clear he had used the Queen for his own political purposes, and that she and her advisers thought that was OK. 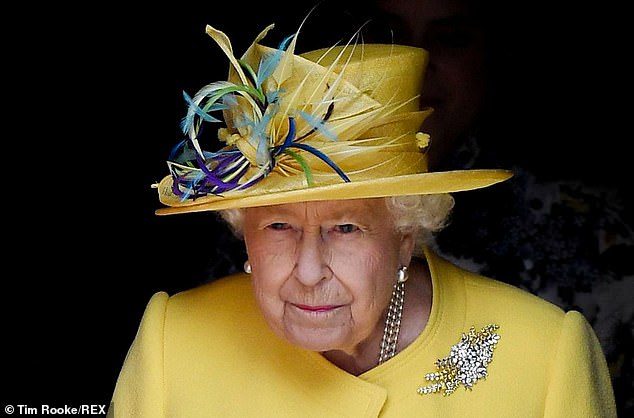 The Queen has always nobly strived — and succeeded — to be above politics. And, at the time of the referendum, Buckingham Palace was at great pains to stress that it was a matter for the Scottish people, not the monarch, who would accept the result whichever way it went.

Privately, of course, the Queen, who has a very personal, life-long love of Scotland, as well as being the nation’s head of state, was deeply concerned at the possibility of a split in the union.

It was while staying with the Queen at Balmoral less than two weeks before the independence vote that the Cameron plan to ask her to help took shape.

Shaken by a Sunday Times poll putting the Yes campaign ahead, he says there was a ‘mounting sense of panic’, and urgent conversations began between advisers in Downing Street and at the Palace.

He recalled ‘not asking for anything that would be in any way improper or unconstitutional, but just a raising of the eyebrow, even, you know, a quarter of an inch’.

Seven days later, while speaking to a well-wisher outside Crathie Kirk — the Balmoral parish church — the Queen urged people to ‘think very carefully about the future’. 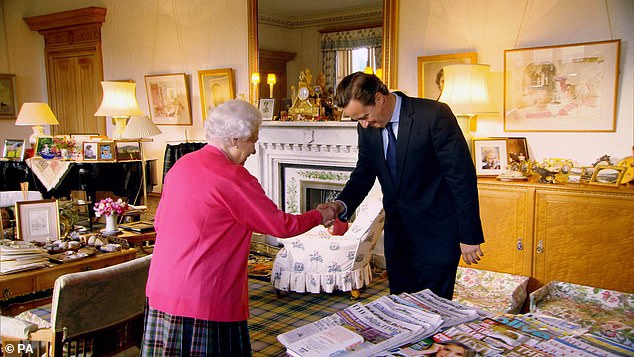 It was four days before the vote and became one of the main talking points of the campaign.

Reacting to David Cameron’s decision to bring it up now, royal sources say ‘it serves no one’s interests’ for conversations between a PM and the Queen to be made public. ‘It makes it very hard for the relationship to thrive,’ they added.

In the inscrutable language of Court circles, this is about as close to screaming blue murder.

The Queen, who is currently at Balmoral, has been closely following developments.

The timing of Mr Cameron’s misguided disclosure is so crucial. It is an unwelcome distraction at a time when the monarch is already, controversially, at the centre of the bitter Supreme Court battle between Remainers and the Government over the proroguing of Parliament and whether Boris Johnson lied to the Queen about it.

Nor was this the first time that Mr Cameron has been indiscreet.

In the aftermath of the Scottish vote, he let slip how the Queen had ‘purred down the line’ when he phoned her with the result.

On that occasion, she kept her feelings to herself. 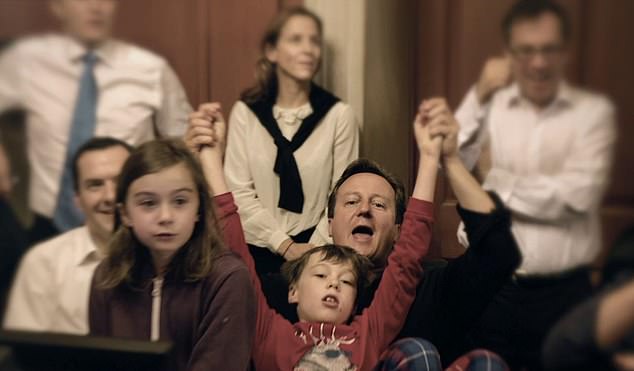 David Cameron, son Arthur and daughter Nancy when they heard the results from the 2014 Scottish referendum

Is it any wonder that, as someone who has herself stuck correctly to the conventions of absolute silence on conversations with her 14 different prime ministers, she is unnerved by the way these courtesies are no longer always observed?

For decades, the Queen could rely on the diplomatic good sense of the holders of her kingdom’s most important political position. But the rot set in with Tony Blair, whose autobiography trampled over the protocol of omerta that normally applies to PM and monarch.

He related conversations in detail, including the strained dealings that followed the death of Princess Diana.

He also described at length his visits to Balmoral, an experience he described as a combination of the ‘intriguing, the surreal and the utterly freaky’.

They were, he said, a ‘bit of a horror’ made bearable by the generous drinks poured before dinner that acted like ‘true rocket fuel’.

He also said the Queen, on occasion, exhibited ‘hauteur’ — and he famously disclosed how, on his very first audience after the 1997 election, she had told him: ‘You are my tenth prime minister. The first was Winston. That was before you were born.’

At the time, Mr Blair was accused of a gross discourtesy, particularly for ignoring the unwritten rule that formal audiences between premier and Queen are entirely private, with no note-taking.

Boris Johnson breached protocol, too, following his first meeting with Her Majesty as Prime Minister.

No sooner had he left the Palace than he was overheard telling Downing Street staff that she had amusingly told him she didn’t know why anyone would want to be Prime Minister.

Although it undoubtedly demonstrated that the Queen has a dry sense of humour, Mr Johnson’s comment was a serious error.

Of course, Brexit has meant problems, too.

Three years ago, Michael Gove was named as the source of a red-top tabloid newspaper story that claimed the Queen backed Britain leaving the EU.

It was based on an apparent conversation with MPs several years earlier in which she allegedly said: ‘I don’t understand Europe.’ It was reported that she spoke the words with ‘venom and emotion’.

The same paper also reported an alleged exchange between the Queen and then Deputy Prime Minister Nick Clegg over lunch at Windsor Castle.

It claimed she told the pro-Europe Clegg that the EU was heading in the wrong direction.

Clegg denied the story, and the Palace made a formal complaint about the newspaper’s ‘misleading’ and ‘distorted’ headline, which was ruled to be inaccurate.

Aides will pray that admonishing David Cameron will ensure that the normal diplomacy between Sovereign and Prime Minister can return.

In the partisan and febrile atmosphere currently engulfing politics, however, that seems a forlorn hope.