Downing Street is under growing pressure to explain the continued absence of Priti Patel from the government’s daily coronavirus press conferences.

They have been running since March 16 and have seen numerous senior ministers drafted in to update the nation on the latest in the fight against the deadly disease.

But the Home Secretary is yet to participate despite holding one of the UK’s four great offices of state.

Allies of Ms Patel today insisted she is ‘100 per cent engaged’ in the government’s response to the outbreak and continues to work in the Home Office ‘pretty much every day’.

Questions over why Ms Patel has not chaired one of the daily briefings came as she was embroiled in a furious row with MPs over when she will answer questions in front of the Home Affairs Select Committee.

She is said to have turned down four invitations to appear in front of the committee since January.

Ms Patel has now committed to giving evidence before the end of the month but committee chairman Yvette Cooper is adamant the session must take place on April 15.

The Home Secretary has had a noticeably reduced public role in recent months after she faced a series of bullying allegations earlier this year.

Priti Patel, pictured in Downing Street on February 13, is yet to appear at one of the government’s daily coronavirus press conferences 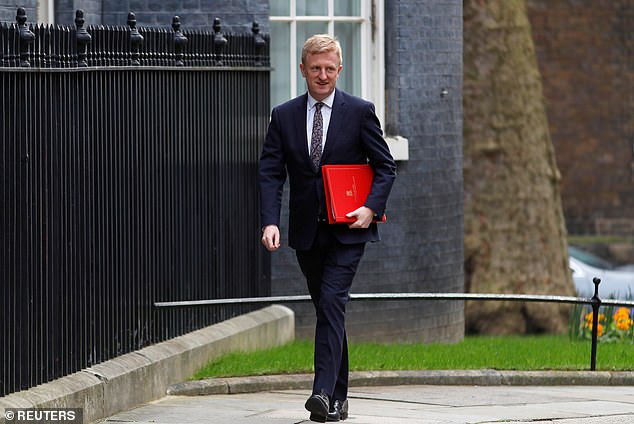 Boris Johnson, Dominic Raab, Rishi Sunak, Alok Sharma and Robert Jenrick have all chaired the daily press conference for the government but Ms Patel has not.

Ms Patel’s last public appearance is thought to have been Home Office questions in the House of Commons on March 23.

Culture Secretary Oliver Dowden today insisted the Home Secretary is still working after she was accused of avoiding scrutiny.

Mr Dowden told Sky News: ‘I really can assure you the Home Secretary is across all of this and is engaged on an hour-by-hour and day-by-day basis. I see this every day myself.

‘She’s 100 per cent engaged. She’s in the Home Office pretty much every day, as far as I know, that’s where I’ve seen her every day.

‘I really don’t think there’s an issue with respect to the Home Secretary.’

Allies of the Home Secretary suggested her absence from press conferences to date was simply because other departments, like the Treasury, have had more major announcements to make than the Home Office as the crisis has unfolded.

Ms Patel has been due to give evidence in public on the Home Office’s response to the coronavirus pandemic to the Home Affairs Select Committee since January, but a date for a hearing is yet to be set.

Since then, she has faced accusations of belittling officials at the Home Office – claims she has vehemently denied – with Sir Philip Rutnam resigning as permanent secretary amid claims of constructive dismissal and bullying.

Ms Cooper is believed to have written six letters to Ms Patel over the last three months in an effort to officially set a date for the Home Secretary to give evidence to the committee.

After apparently not replying to several of Ms Cooper’s letters, Ms Patel responded on Tuesday, writing that she was ‘disappointed at the increasingly adversarial tone of our exchanges’.

She added that she was ‘very sorry’ the committee declined her offer of private briefings at the Home Office, but would ‘make (herself)… available for a session with the committee, on our response to Covid-19, towards the end of the month’.

In reply, Ms Cooper said the committee was preparing to meet remotely for the hearing on April 15.

‘We believe that there is no reason for any delay beyond this date,’ Ms Cooper said. 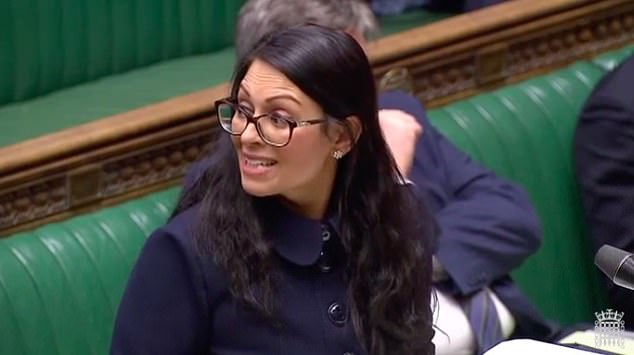 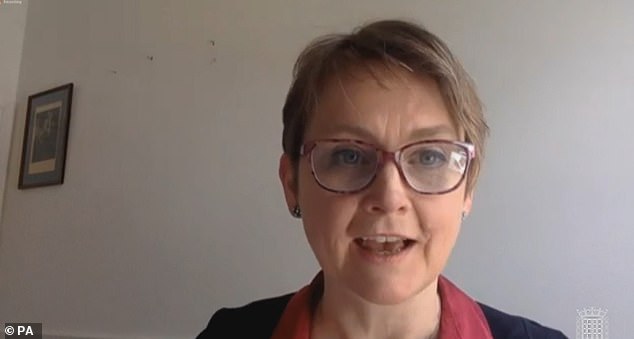 ‘Delaying until the end of the month would clearly be inappropriate given the urgency of the public information and answers that are needed.’

Ms Cooper said many other ministers had made themselves available to committees during the crisis.

‘This is a time of national emergency where public information, reassurance, leadership, transparency and scrutiny are in the national interest,’ Ms Cooper said.

‘At a time like this, we therefore expect to see the Home Secretary and senior officials demonstrate public leadership and transparency and to be ready to answer public questions without delay.’

Ms Patel has appeared in front of the committee once – last October – since she was appointed to the role in July.

Allies said the Home Secretary had never refused to attend the committee and that the issue has been trying to find a date which works.

A Tory source said: ‘It’s a shame Yvette hasn’t adopted the collegiate attitude of her new leader, maybe thats why she didn’t get a shadow cabinet job – with a majority as slim as hers, she should probably spend more time speaking to her constituents and less time chasing Guardian headlines’.

A Home Office spokesman told The Guardian: ‘The Home Secretary has accepted the invitation to appear in front of the Home Affairs Select Committee before the end of April.

‘As expected, she is currently leading the Home Office response during this national crisis, working tirelessly to keep the British public safe.’