US government forecasters say they expect an active Atlantic hurricane season this year.

There will be between 10 to 16 named storms and five to nine hurricanes that will blow through the Atlantic for the 2018 season, forecasters predicted Thursday.

One to four of those hurricanes could be ‘major’ with threatening winds blowing at at least 111mph. 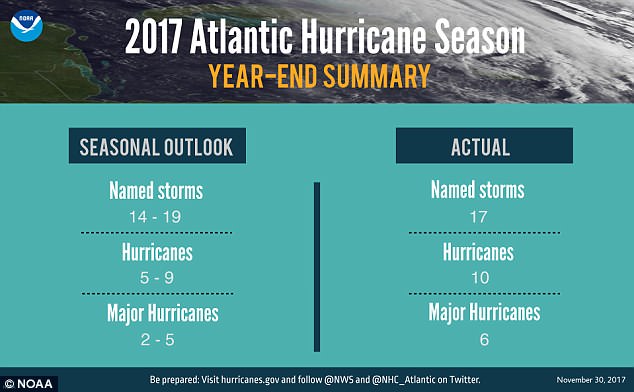 The National Oceanic and Atmospheric Administration reported that 2017 would be an above-average season and it proved true as hurricanes Harvey, Irma, and Maria ripped through Florida, Texas, Puerto Rico and devastated many Caribbean islands in its wake, according to CBS.

Last year a total of 17 named storms passed through the Atlantic, including 10 hurricanes.

As for this year CBS Miami is predicting a 35 per cent chance of an above normal hurricane season for the 2018 year.

However there is still a 40 per cent change it may be a normal season, which typically brings in 12 named storms and six hurricanes. 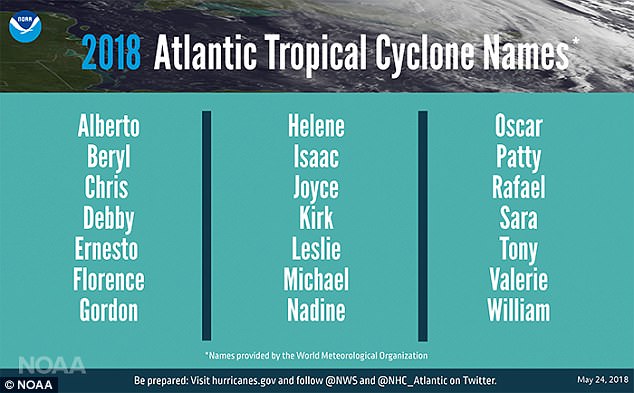 This year one to four ‘major’ hurricanes are expected to hit the Atlantic coast, the names of upcoming storms pictured above 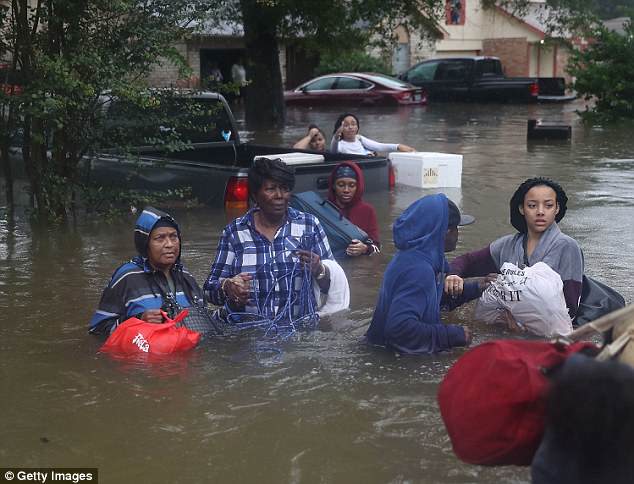 Homes were destroyed and families stranded as water overtook the state, a family evacuating their flooded neighborhood in Houston on August 28 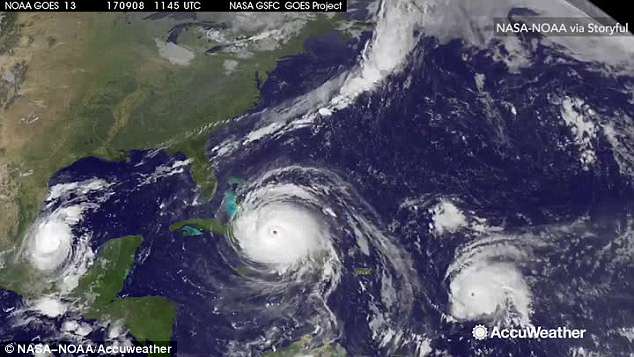 The three powerful hurricanes that devastated shores in 2017, Harvey, Irma and Maria, pictured above, in the Atlantic Basic via satellite taken September 8, 2017

Last year started with Hurricane Harvey on August 17 lasting through September 3, which slammed into central Texas and Florida with wind speeds of 130mph.

Harvey brought with it record rainfall in Texas, reaching 60 inches of rain, a foot higher than the previous record of rain from a tropical storm dating back to 1950, according to Weather.com.

Weeks later Hurricane Irma hit, killing a total of 134 people in its wake as it ripped through Florida, Puerto Rico, Cuba, and other a Caribbean islands with wind speeds of 134mph.

Irma hit the Florida keys as a Category four hurricane, hitting land twice with its over 100mph winds. It also hit the US Virgin Islands as a Category 5 storm.

Hurricane Maria, a category four natural disaster that ravaged Puerto Rico from September 16 through October 2, cut off power on 90 per cent of the island.

Fifty-one people were killed in the storm as experts say it will take years for the island to recover from the damage, according to Weather.com.

The storm was a powerful cyclone deemed the worst natural disaster to rock the Dominica and Puerto Rico with 175mph winds. 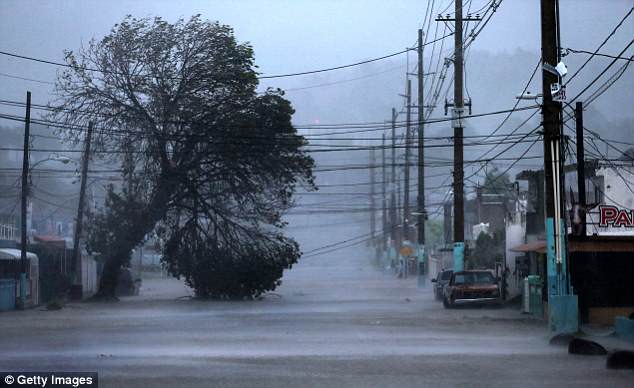 Falls trees, poles, and flooded waters pictured above in Puerto Rico after being hit by the category five storm 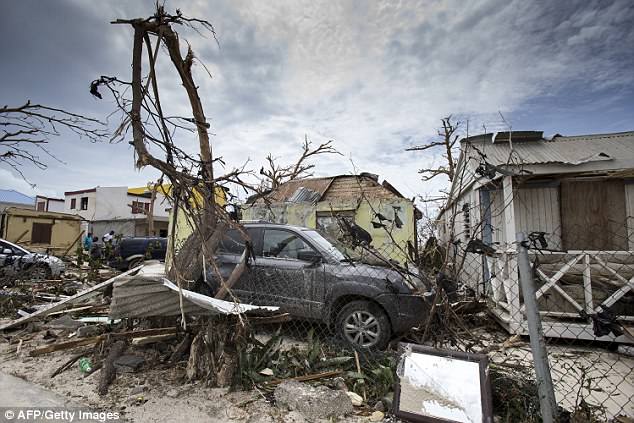 Irma destroyed the Dutch island of Sint Maarten, pictured above in a wrangle of destroyed homes, fences and trees