Volunteers have managed to rescue a Noah’s Ark of animals left behind when their owners fled the eruption of Hawaii’s Kilauea volcano.

Dogs and cats, geese and ducks, cows and goats, horses, cattle and exotic birds have been reunited with their owners at evacuation shelters.

The animal-friendly Red Cross shelter in Pahoa, a town about 25 miles east of the volcano, has about 100 dogs and 30 cats, along with rabbits, birds and pigs, said Burgandy Singleton, a Hawaii Island Humane Society volunteer. 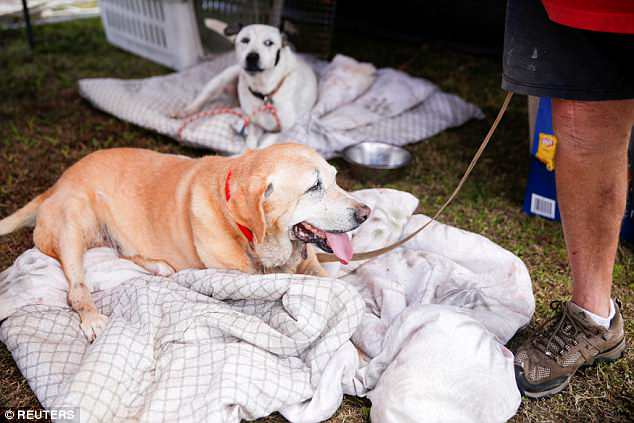 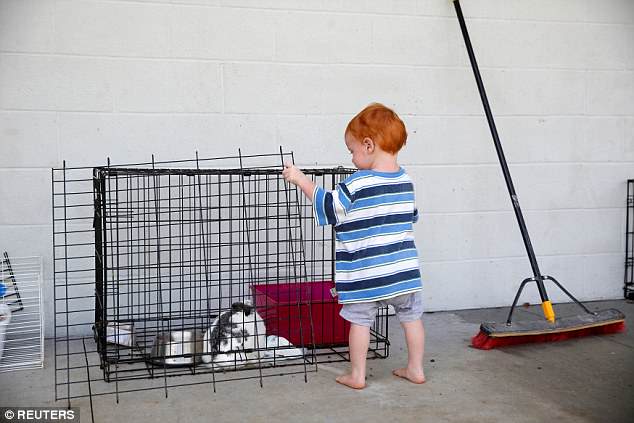 ‘We are housing everything from wee little creatures to ginormous beasts and no trouble. With that many personalities mixing it up, it’s been amazing

Some of the owners are camping outside with dogs who are not socialized, she said.

‘It gives them a sense of home and keeps them as peaceful as possible. This is definitely stressful on the pets as well as the people.’

Pauline McLaren and her husband Eddie are among those camping out at the Red Cross Shelter with their five dogs, all of whom they have rescued over the years at their ranch in the village of Kapoho.

They evacuated on May 12, when lava fissures tore open the ground near their home.

Pauline McLaren said they would have stayed with friends but for the dogs.

‘It’s such a hassle. It’s just so hard with five,’ said McLaren who is sleeping in a tent while her husband sleeps in the car. 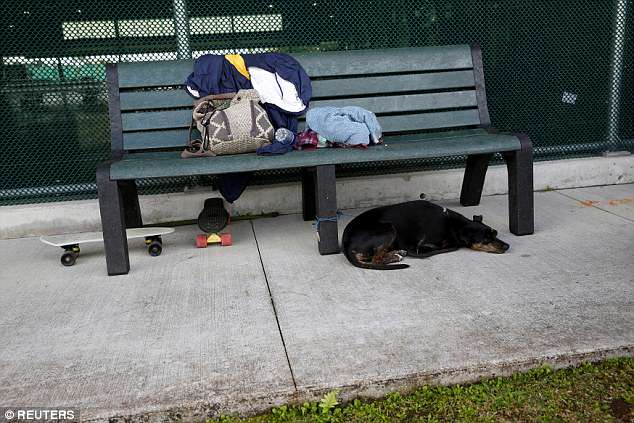 A dog waits for its owner to return at the center, where 100 or so other dogs are also staying

The rescues begin with volunteers taking down addresses and pet names from owners at the shelters. They then go into the abandoned neighborhoods with owners looking for the pets and setting out food and water, hoping to lure in hungry animals.

‘Ideally, we take the owner back in so they can hear a familiar voice and we can hand-trap them,â rather than luring them into cages, Singleton said.

‘We are trying every trick from every book.’

She said she helped rescue four sheep and two goats stranded out in a pasture last week.

‘The lava was running right behind them and they were trapped inside their fence.’

At another animal shelter at the county parks and recreation gym in Pahao, tents have been set up inside to give families some privacy and keep dogs away from each other, Singleton said.

A donation table at the entrance was piled high with bags of dry dog and cat litter.

The rescuers had to evacuate before they could catch the last sheep, but left the gate open so she could escape danger. 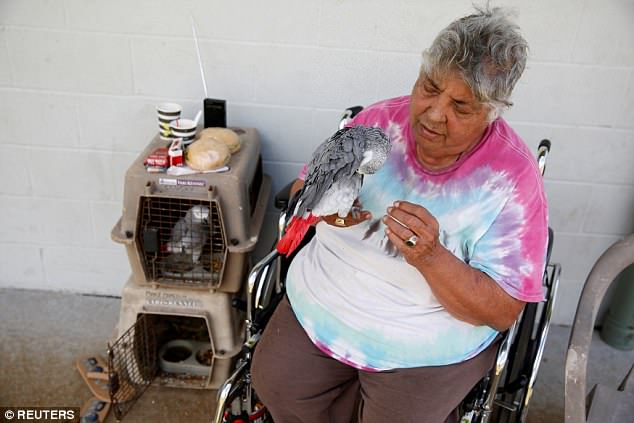 Linda Dee Souza, 72, of Kalapana-Seaview, sits with her two parrots 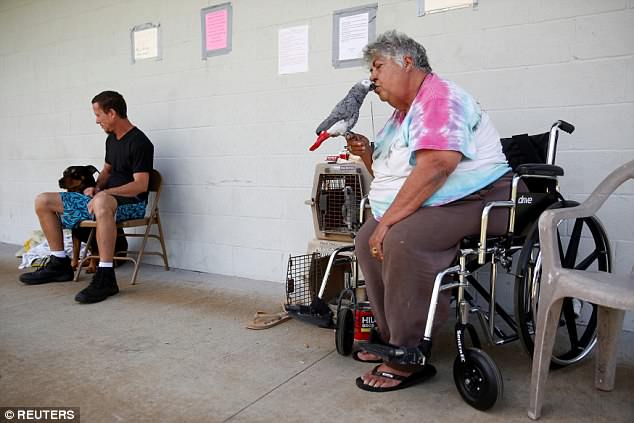 As well as pets, 1,300 head of cattle and three dozen horses have also been rescued 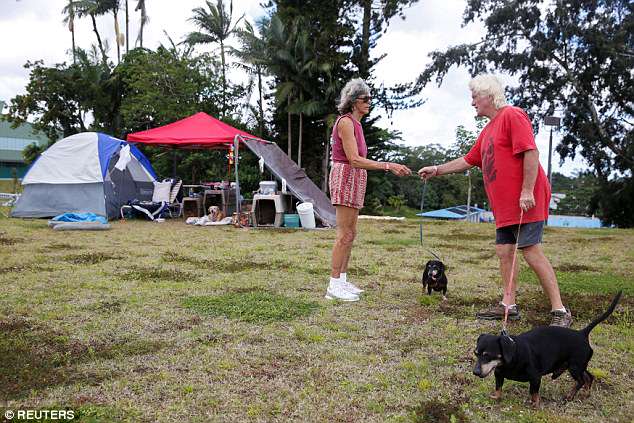 ‘This is the reason I live in this community. The offerings and the help has been unbelievable,’ said Singleton.

Some of the larger livestock are being housed at the Hawaii County-funded Pana’ewa Rainforest Zoo and Gardens, which has taken in 30 to 35 cattle and horses. The close-knit community is helping to feed them.

‘We have three pallets of alfalfa for the horses being donated today,’ said Pam Mizuno at the zoo. ‘That’s helpful. The outpouring of generosity really helps.’

Rescue groups have moved more than 1,300 head of cattle and three dozen horses, some of which have been herded to a ranch to the north, out of danger.

Some horses are being sheltered at the Panaewa Equestrian Center, also to the north.

The livestock are even more jittery than the house pets, Singleton said. ‘From the earthquakes to the smoke and lava to the helicopters overhead, they are just spooked.’

Singleton, who lives about 20 miles away from the lava zone, said it is important for pets to stay with their families.