Nobody knows the name for China’s currency

Close to a million online trivia players are hanging their heads in shame after being stumped by a question on Thursday.

HQ Trivia, an app that holds twice-daily live game shows for users, was in the middle of its Thursday night show when it asked the 857,623 people playing to identify the name of the currency used in China.

Surprisingly, about 92 per cent of the users got the answer wrong, with 84 per cent guessing that the yen — the name for Japanese currency — was the right response.

Oh no: 92% of HQ Trivia players on Thursday night could not correctly identify the name for Chinese currency 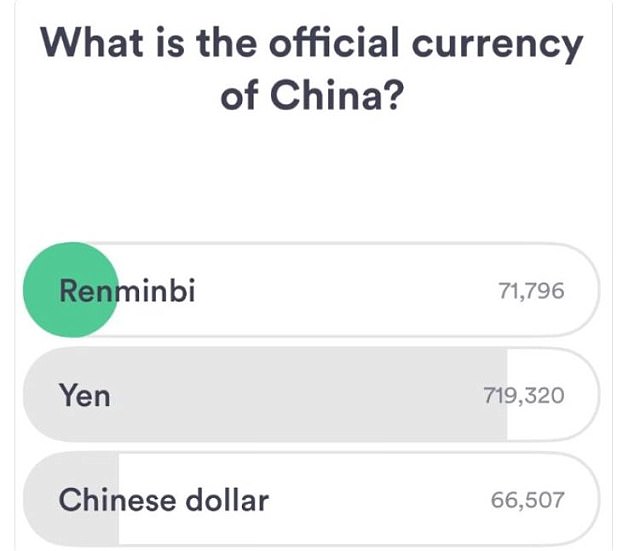 Which is it? They were given three options: renminbi, yen, and Chinese dollar 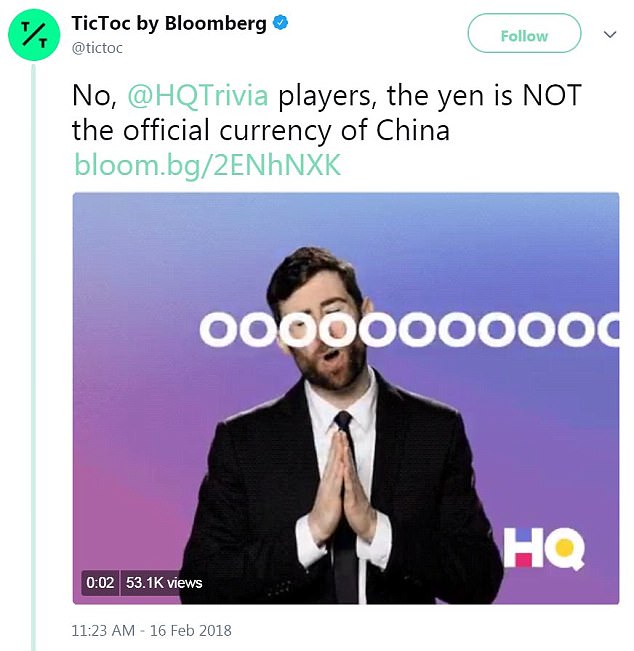 ‘What is the official currency of China?’ the game asked, offering three possible answers: renminbi, yen, and Chinese Dollar.

Only 71,796 — or about eight per cent — correctly picked ‘renminbi’ as the name of the currency.

Players were surprised to have gotten the answer wrong, and outlets like Bloomberg were quick to shame millennials for their ignorance.

‘No, millennials, the yen is NOT the official currency of China,’ they wrote on Twitter — though the article itself address HQ Trivia players, not just millennials. 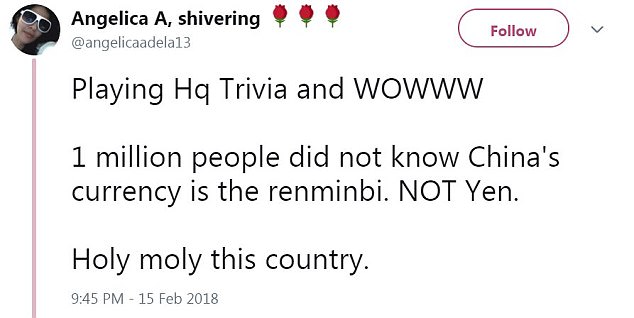 World knowledge: Yen is the name of Japan’s currency, not China’s

‘Yesterday, the kidz had a particularly embarrassing night on HQ Trivia,’ wrote another Twitter user. (Millennials, it’s worth noting, are not kids — the generation is typically defined as those born between the early ’80s and late ’90s, who are between their early 20s and mid 30s today.)

Others pointed out that the ren is the currency used in Japan, implying that players were confusing Asian countries.

Yet others have been quick to note just why the question was so tricky.

While the yen is name of the currency used in Japan, the name ‘yuan’ is often used to refer to Chinese currency.

Understandable: However, a unit of Chinese currency is called a ‘yuan,’ which seems to have contributed to the confusion

That’s new one! Several admitted they’d never heard of the word renminbi before

Aha! Others seem to have gotten mixed up with the Hong Kong dollar, which is a different currency altogether

In fact, Chinese currently actually goes by two names: renminbi and yaun. Renminbi is the name of the official currency, while yaun is the name of a unit of the currency — so a person would say that something costs 10 yaun.

As the BBC explains, it’s similar to British currency: The official name for it is ‘pound sterling’ but a unit is a pound.

The two names would explain why so many of the trivia players said they’d never even heard of the word renminbi before.

‘Selected Chinese dollar,’ wrote one. ‘I was looking for yuan and did not see it. Never heard of renminbi.’

As for assuming the currency was called the Chinese dollar, the confusion there is understandable, too. 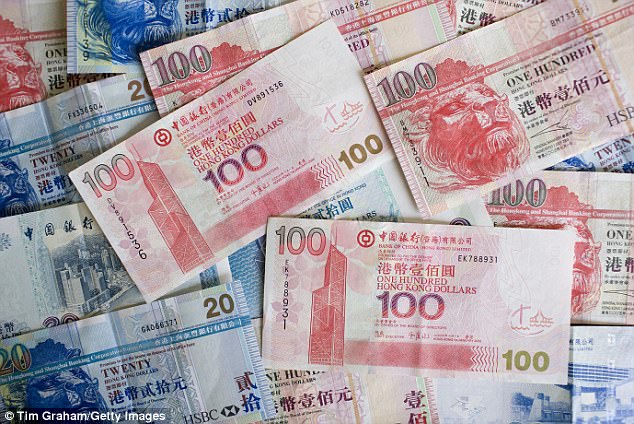 OK… The Hong Kong dollar (pictured) is different from the renminbi, or yuan

In Hong Kong, the Hong Kong dollar — not renminbi — is used.

Rus Yusupov, chief executive officer for HQ Trivia, admitted that the app team worked particularly hard on dreaming up such a tough question.

‘[HQ Trivia] spent time and energy coming up with that question about Chinese currency and making our educated guesses about how our mass audience will react to it,’ he said, according to Bloomberg.

‘We also love being surprised — we anticipated losing 1/3 of the players and we lost 85 per cent.’