But planning documents sent to his local planning authority show the Don’t Look Back In Anger singer wants to add a first-class gym to the home.

Gallagher’s submission to South Downs National Park Authority stated:  ‘The building has been designed to provide for a home gym.

‘The building is to be located in an area of semi-woodland, in close proximity to other outbuildings on site, and close to a secondary access to the site.

‘The scale of the building is proportionate to the overall size of the property.

‘The property benefits from far-reaching views over the surrounding hills.’ 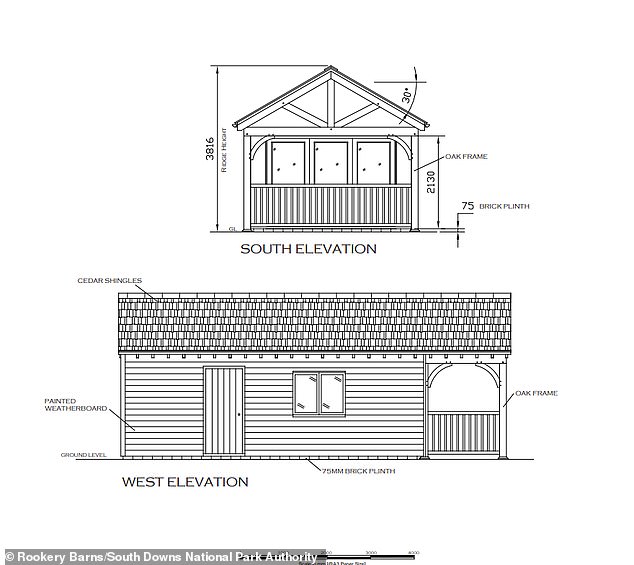 The 52-year-old plans to add a first-class woodland gym to his property, documents submitted to South Downs National Park Authority seem to show 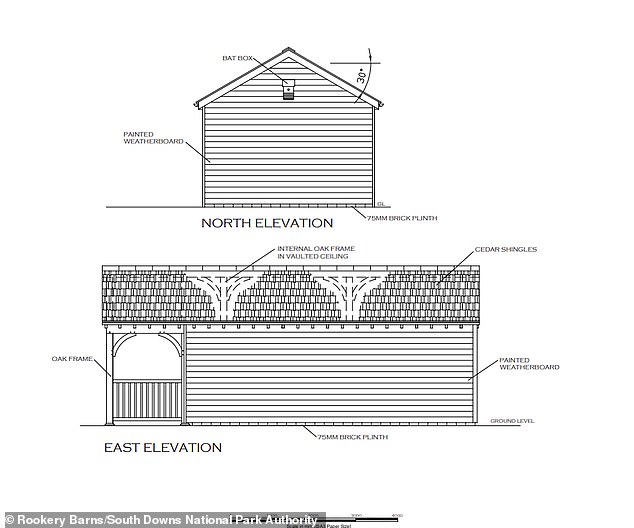 The planning application read: ‘The building has been designed to provide for a home gym. ‘The building is to be located in an area of semi-woodland, in close proximity to other outbuildings on site, and close to a secondary access to the site’ 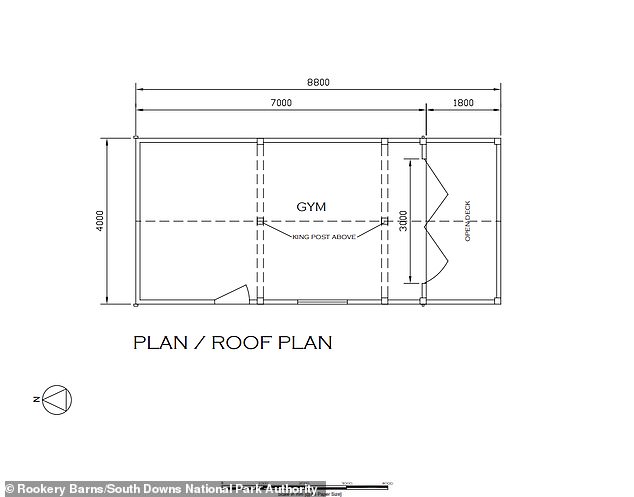 Gallagher’s move is the latest in his plan to revamp his country home, and follows the discovery of an active bat roost in the mansion’s roof

Gallagher submitted plans in September to remove a wall on the first floor and create an enlarged dressing room and ensuite bathrooms.

But upon discovering an active bat roost in the roof, the rock star asked ecologists to determine if the work would disturb the protected species.

After several visits, including analysing bat droppings, they determined that no work to the country home should be done between last November and this March to avoid any potential disturbance to hibernating bats.

The father-of-three, who grew up on a Manchester council estate and later enjoyed a hedonistic lifestyle at Supernova Heights in London, bought the Hampshire mansion, based in the South Down National Park near Petersfield, last May.

He and his wife Sara MacDonald, 48, reportedly moved from London out to the country, out of fear of stabbings in the nation’s capital.

It is also thought the move would make his 12-year-old son Donovan’s enrollment at an exclusive public school, around 15 minutes away, easier.

Noel Gallagher’s Hampshire mansion (above) was previously home to renowned interior designer Philippa Thorp, who added a new staircase and turned the garage into a guest annexe. Before her, it was home to the brother of Alec Douglas Home

Gallagher put his old property in Warwick Avenue, London on the market for £11million in 2016 but was still on sale in April this year, by which time the Oasis co-founder had slashed the asking price to £7.94million.

The Hampshire mansion was previously home to renowned interior designer Philippa Thorp, who bought the property for £3.6million in 2007.

Thorp undertook an extensive refurbishment of the house, with a 1960s extension which was painted pink on the outside and every other colour on the inside.

At the time of the renovation, she said: ‘It was the view across the valley that sold it to me-I knew that the house could be fixed.’

Thorp built a new staircase, as well as transforming the garage into a guest annexe and linking the two with a contemporary glass atrium.

The main bedroom, with extended views out across the national park has a four-poster bed and a vast walk-in wardrobe.

It also has three guest bedrooms, including a double-bunk room in an adjoining brick-and-flint cottage.

The Grade II mansion has also been the home of William Douglas Home, the younger brother of ex-Tory Prime Minister Alec Douglas Home.