A seaside town famed for its crabs is facing a shortage of fishermen to catch the shellfish as young people are refusing to ‘get off their a***’ and go to sea, one of the last remaining fishermen has claimed.

John Lee, 55, of Cromer, Norfolk, said it could be because crab fishing is seen as hard work.

He said experience is not being passed down to the next generation and it is a ‘real concern’. 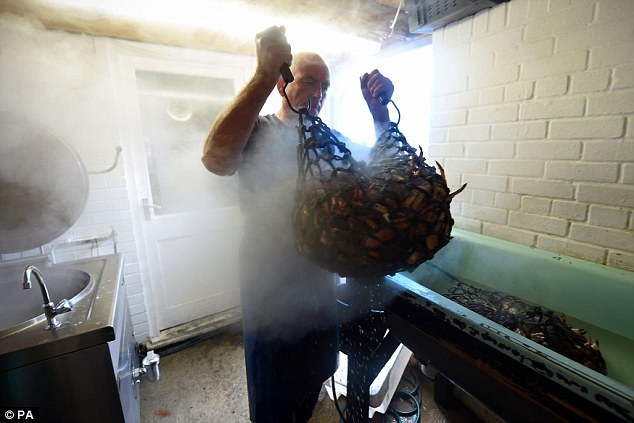 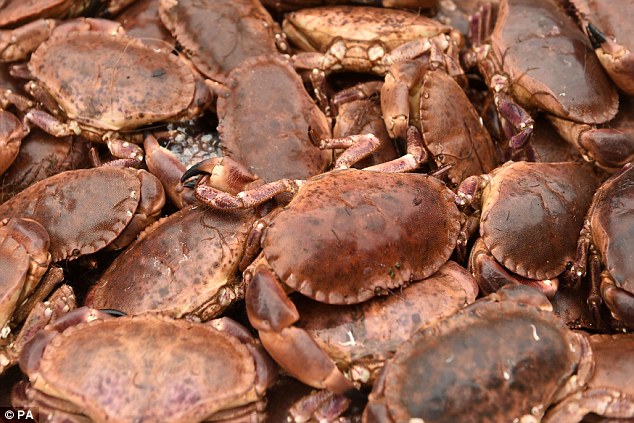 An apprenticeship scheme was attempted in the past, he said, and ‘none of them stuck at it’.

‘Yes it’s hard work but I look at it as a challenge, especially on the rough days,’ he said.

‘At the end of the day that’s what’s paid my mortgage and paid for my kids to have an upbringing and that type of thing.

‘There’s a good living to be had, the demand is there and the demand is always going to be there. They need to get off their a*** and do a bit of work.’

The father-of-four, who works 90 to 100 hours per week during the crab season, said this year had been a struggle due to the long winter shortening the crab fishing season by more than a month.

He said in a good year he would catch 500 crabs per day early in the season, but this year it was more like 200. 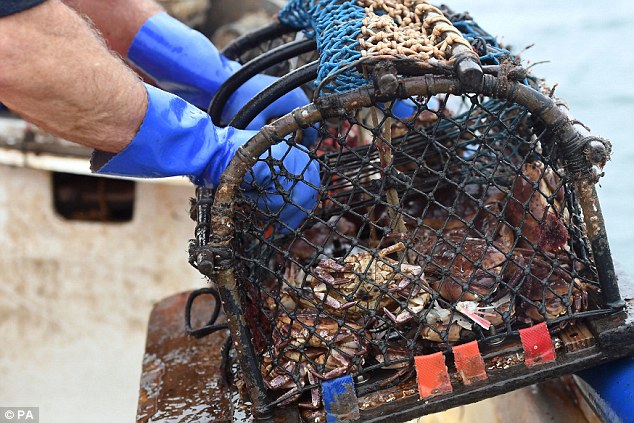 In the 1970s there were 50 crab fishermen in Cromer, now the figure is closer to ten 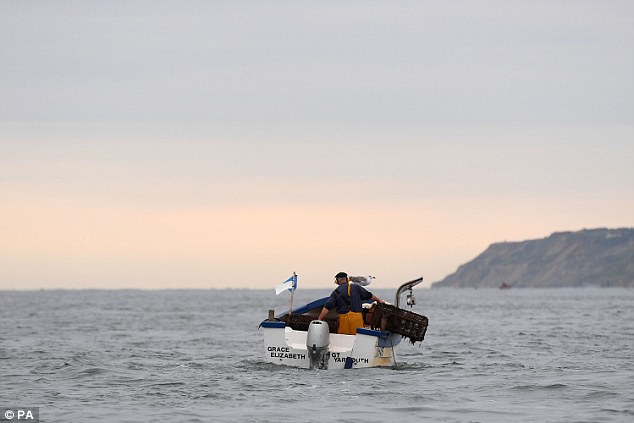 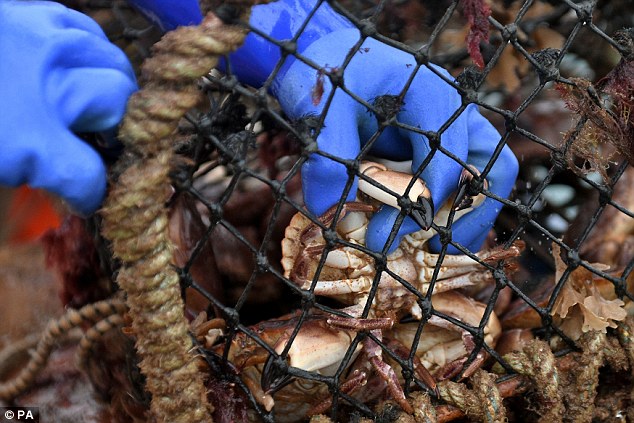 ‘You have highs and lows, we always have, that’s just part and parcel of the job,’ he said.

‘That’s probably why there’s only a few of us left as you get years like this where you struggle to make a living.’

Mr Lee, who left school at 15 to work with his father as an eighth-generation crab fisherman, said there were almost 50 Cromer crab fishermen when he began and now there are no more than 10 of them fishing regularly.

Among them is Matt Bywater, who at 36 years old is one of Cromer’s youngest crab fishermen.

He worked in a series of different jobs, including as a health and safety manager in an office, before deciding aged 30 to follow in his father’s footsteps as a fisherman. 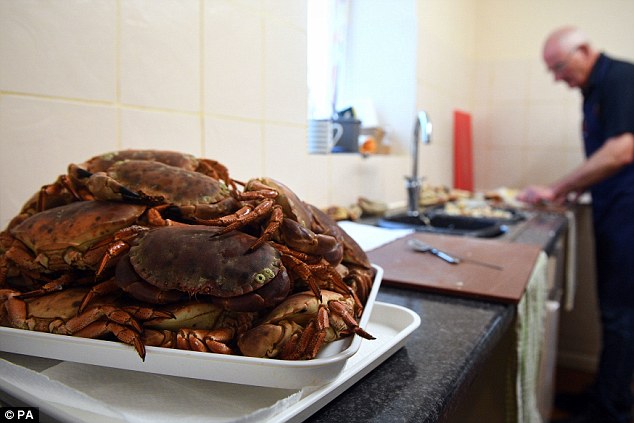 As well as catching the crabs, Mr Lee cooks and sells them from his shop in Cromer

Asked why so few young people are entering the industry, he said: ‘There’s a bit of a stigma with the fishing industry, just the nature of the job really, and also the set-up costs.