A student took this selfie after suffering seven strokes in a day.

Luna Jarvis, 20, from Norfolk, who took the picture while waiting at hospital, was initially turned away by doctors who thought she was just drunk.

Ms Jarvis’ ordeal began when she woke with tingling on the left side of her face, with her later collapsing and being rushed to A&E.

After discovering she was not drunk, medics still ruled out strokes due to Ms Jarvis’ young age, until tests revealed the blood supply to her brain was cut off.

Despite surviving her ordeal, 20 per cent of Ms Jarvis’ brain no longer functions and she will be on medication for the rest of her life.

Ms Jarvis, who studies media production at the University of Lincoln, is determined to live as normal a life as possible and is speaking out to raise awareness of stroke in the young.

According to Health Talk, one in four of strokes occur in people under 65. 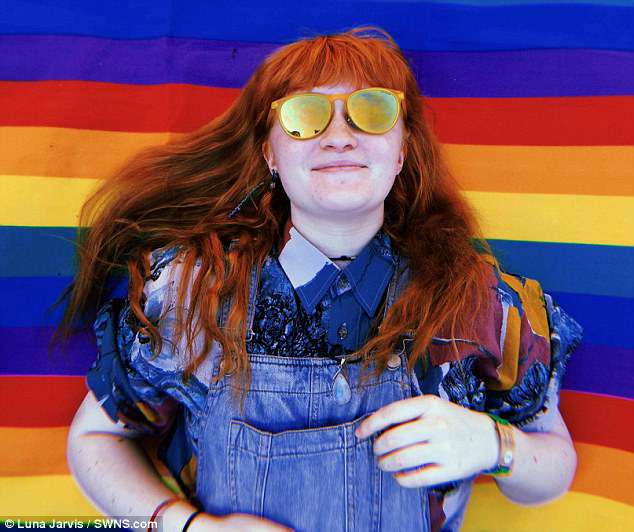 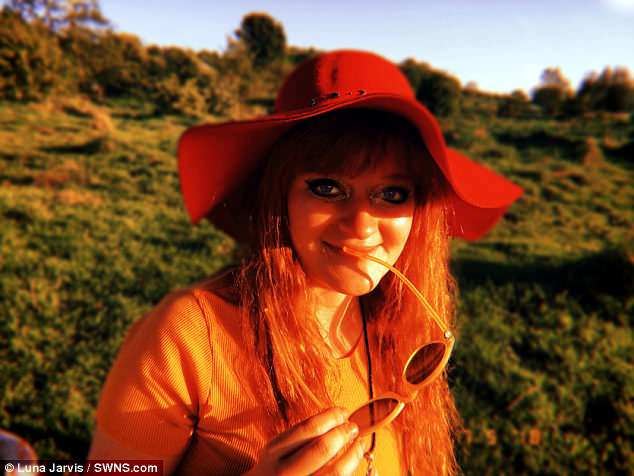 ‘My brain went foggy as it was dying’

Speaking of her symptoms, Miss Jarvis said: ‘I could feel my face starting to drop and I just looked at my friend and said “help”. It was really scary.

‘I tried to open my mouth but it wasn’t working. My face did not work, my brain went foggy as it was dying and it sent me as high as a kite.

‘It started in the morning and I took myself to the university doctor to see if everything was alright.

‘The doctor couldn’t see anything was wrong at that point so I just try to carry on as normal.

‘And because I had all these people saying to me that I was fine, I thought I just had to get on with it.

‘And the side effects were slowing down and I could manage to do things again which made me think everything was fine.’

She said: ‘I kept experiencing tingling in my head and feeling really sick. I eventually called 111 and they sent an ambulance to me.

‘But when the paramedics looked me over, they said they couldn’t find anything wrong with me and because of my age they really didn’t think it would be anything to do with a stroke.

‘But they took me to hospital because they weren’t sure.’ 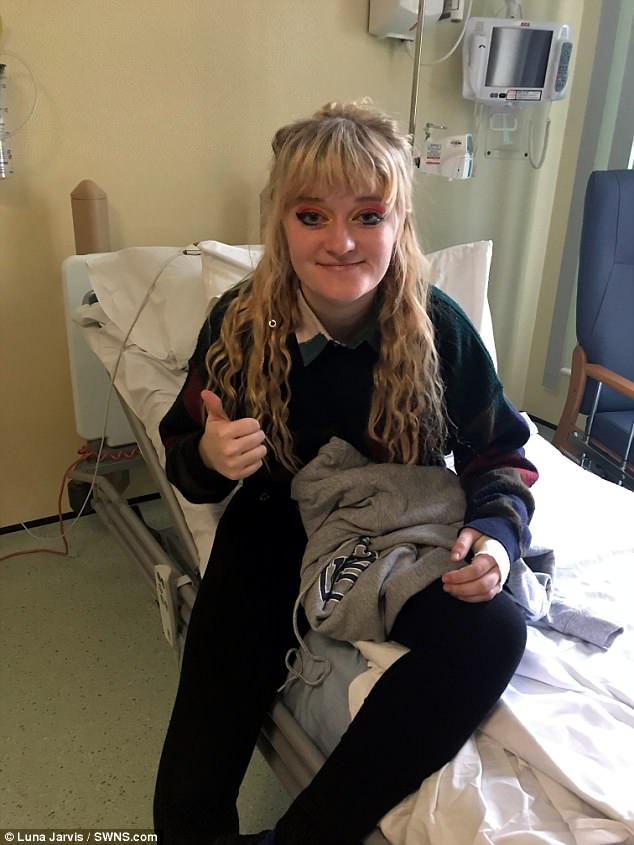 Although she survived, Ms Jarvis (in hospital) has lost 20 per cent of her brain’s function 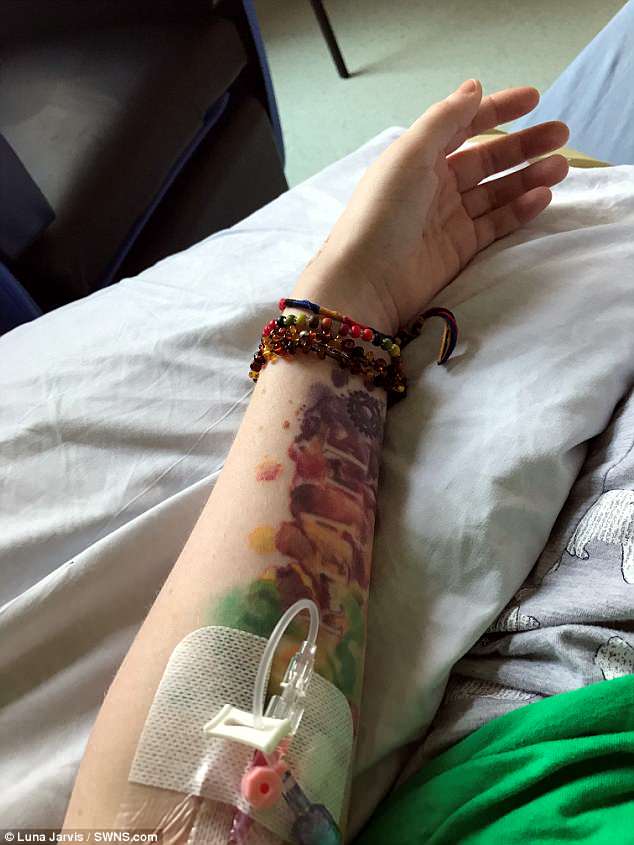 Given a 50% chance of surviving

Ms Jarvis was taken to Lincolnshire hospital where she claims doctors thought she drank to the point she blacked out.

After losing consciousness in hospital, Ms Jarvis’ strokes were confirmed.

She said: ‘While I had a black out the doctors had seen that I had another stroke and took me to have intravenous.

‘My friend was speaking to me as I was coming back around but it was all just so foggy.

‘But I found out later that he had to continue talking to me so I didn’t black out again as it meant I could die.

‘The hospital had an operating theatre ready to go if the stroke had got bigger as well, which was scary because they said it was 50 per cent chance I wouldn’t survive it.’ 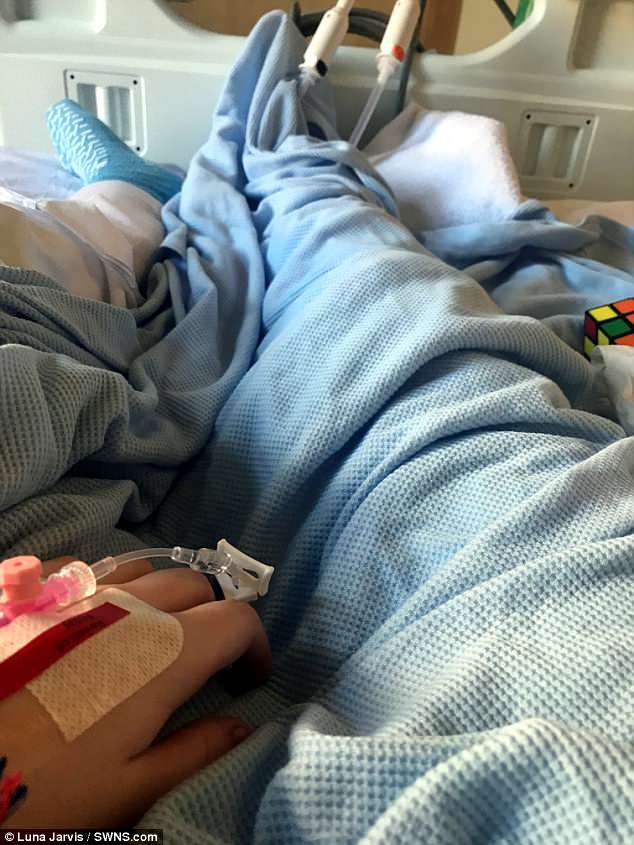 After losing consciousness, Ms Jarvis was told she had just a 50 per cent survival chance 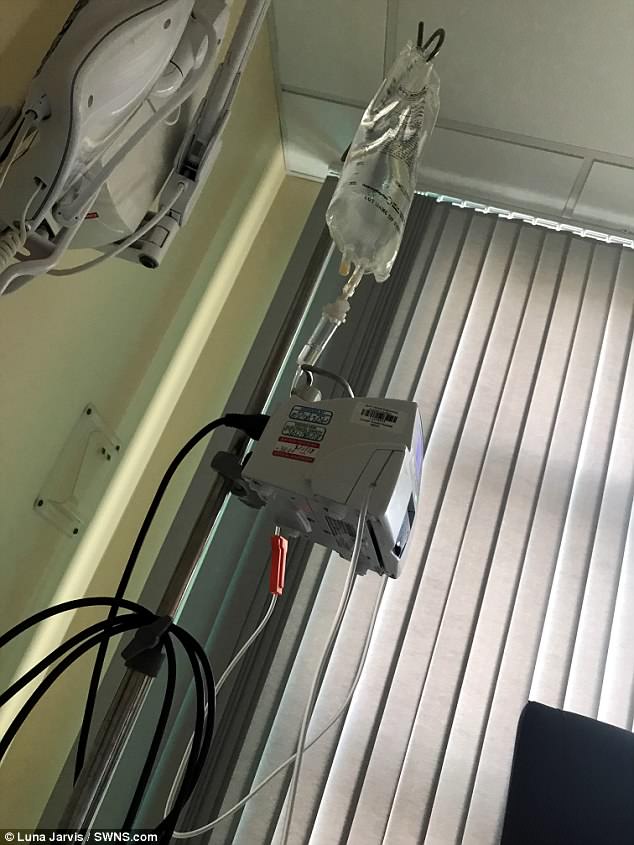 While spending time in hospital, she could not hear what others were saying to her

‘Just because we’re young we’re not off the hook’

Speaking of the effects of her stroke, Ms Jarvis said: ‘I can move fingers but cannot feel it.

‘I continue to go to my university lectures even though I now find it really hard to understand what is happening.

‘The uni signed me off for six months but I refuse to do it because I just want to keep busy.’

Ms Jarvis has released a video on YouTube to raise awareness about strokes in young people.

She said: ‘Everybody can have a stroke, but in the adverts, on the posters, everything – even in the general society and life – it’s perceived as something only old people get but young people get it too.

‘Just because we’re young we’re not off the hook.

‘If you see the signs for a stroke, it probably is one.

‘The doctor thought I was drunk. I wasn’t drunk at all. The whole situation was petrifying.

‘I am not trying to scare anyone, I just want to raise awareness. And I want to do all I can to help.’

‘Young stroke survivors within their collection of interviews were largely caught off guard by their stroke, either unaware that it was possible to have a stroke at a young age and/or surprised given their active and healthy lifestyles.’