£35 for a frilly face mask? That’s a bit beyond Normal People! BBC star Daisy Edgar-Jones steps out in silk covering for a shopping trip with father Philip

As lovestruck Marianne in the TV drama Normal People, she wore cosy knits and dungarees typical of a cash-strapped teenager.

But thanks to her new-found fame, Daisy Edgar-Jones can now splash out on a little luxury – including this frilly £35 black silk mask to keep coronavirus at bay.

The 22-year-old star sported the face covering, created by trendy British designer The Vampire’s Wife, for a shopping trip with her father Philip near the family’s North London home last week. Eagle-eyed fans of the hit BBC show, which charted the relationship between Marianne and Connell Waldron, played by Paul Mescal, may wonder whether Daisy could have fashioned a similar mask from the spaghetti-strap dress worn by her character for a bike ride in an Italian piazza.

Daisy Edgar-Jones, pictured, was spotted in London during the week wearing a #35 facemask 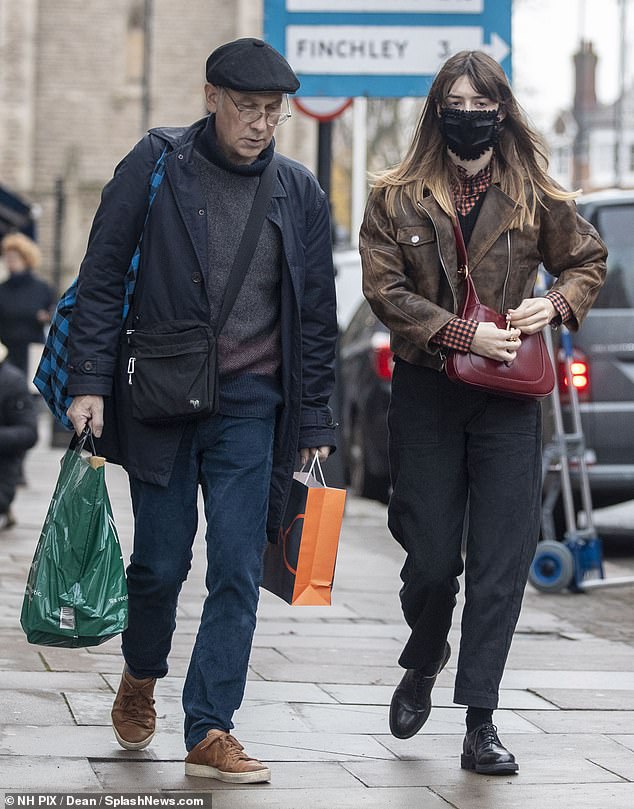 She was spotted on the last-minute shopping trip along with her father, Philip, pictured left 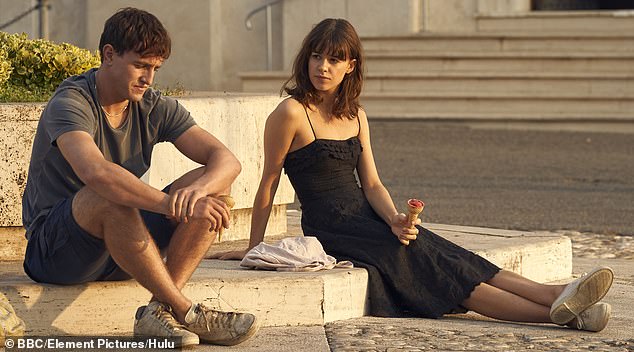 Daisy, who is dating Game Of Thrones actor Tom Varey, also appears to have treated herself to a £1,590 Jackie 1961 Hobo bag from Gucci, teamed with a distressed leather jacket and a £155 gingham blouse from Danish brand Ganni.

The actress’s designer items would look completely out of place on her on-screen character – Normal People designer Lorna Mugan sourced most of Marianne’s clothing from second-hand shops in Dublin.

Daisy and Philip looked like any other father and daughter on a last-minute Christmas jaunt. Unlike his daughter, Mr Edgar-Jones, an executive producer on reality TV phenomenon Big Brother who now works as head of entertainment at Sky, went mask-free while strolling between shops.