It’s not the sort of footwear that’s in the price range of most Normal People. But when Daisy Edgar-Jones popped out for grocery supplies at Marks & Spencer last week, she donned a pair of Jimmy Choo trainers that sell for a cool £350.

The 22-year-old is unlikely to have paid that much, though, as earlier this year she signed up to be the face of the upmarket fashion brand in a series of advertisements – including one for these very shoes.

Made from calf leather, the trainers are, however, positively ordinary compared to the risque, £1,300 thigh-high boots Daisy wore earlier this summer, when The Mail on Sunday published candid pictures from a Jimmy Choo fashion shoot that stopped traffic in Central London. 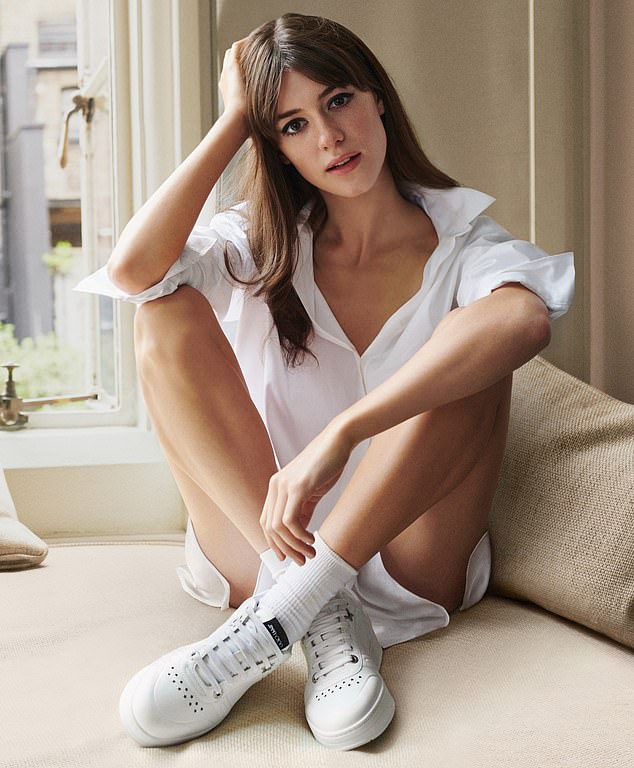 Daisy, pictured, wore the Jimmy Choo trainers as part of an advertising campaign for the brand 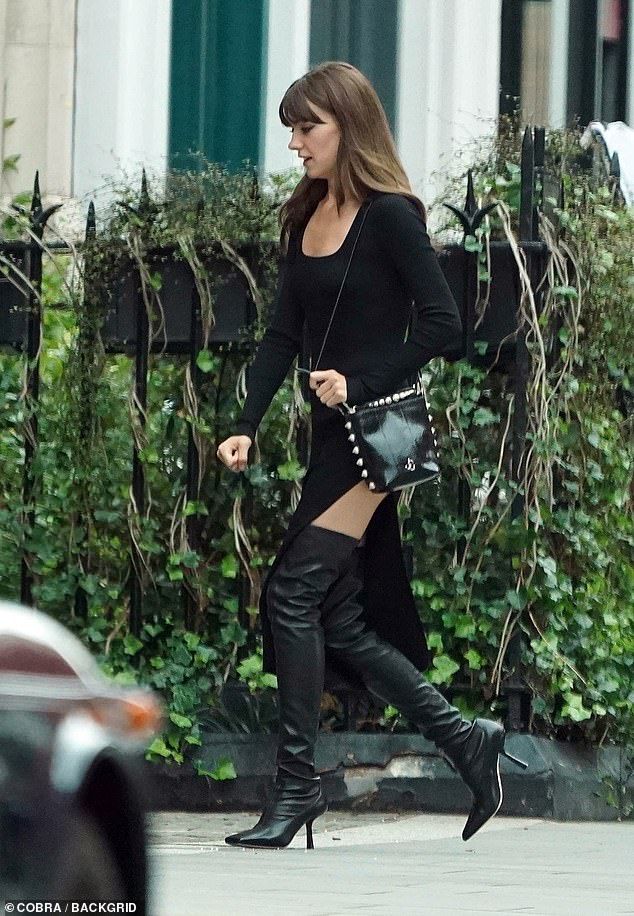 In July, Daisy was photographed wearing this pair of thigh-high boots while on a photoshoot in London

The actress, who shot to fame in BBC1 drama Normal People opposite Paul Mescal earlier this year, teamed her bright white sneakers with blue jeans, a grey top and checked coat for her trip to the M&S food hall in North London on Friday.

Jimmy Choo describes the ‘Hawaii’ shoes as ‘the ultimate wear-with-anything trainer’ and boasts of their ‘leg lengthening effect’ – although the willowy actress had still turned up the hem of her jeans.

In a recent interview, Daisy, who is dating Game Of Thrones actor Tom Varey, praised the trainers because ‘comfort has become more important over lockdown’.

The star – who also graces the cover of the new issue of fashion bible Harper’s Bazaar – did admit, however, that ‘the crystal knotted Jimmy Choos I wore to the Baftas were comfy too. I don’t wear heels very often, but I could actually stand in those.’

Emerging from the store in glasses and a facemask, the actress – who will shortly start filming a TV adaptation of Delia Owens’ novel Where The Crawdads Sing – carried her shopping in three bags, including one bearing the Rolling Stones’ distinctive tongue logo, which is priced at a more reasonable £12.