Three men are in critical condition and another four injured after an blazing inferno at a popular hotel.

About 6.30am on Sunday guests at the north Adelaide Comfort Hotel Meridien were forced to flee in their pyjamas while firefighters fought to rescue those trapped in the building.

The three men fighting for their lives are now receiving treatment in ICU at Royal Adelaide Hospital’s burns unit. The are aged 43, 44 and 54.

About 6.30am on Sunday guests at the north Adelaide Comfort Hotel Meridien were forced to flee as the hotel was set alight

A group of seven people – including two little girls – were rescued by fire crews from their balcony.

One man who suffered burns in the fire was forced to leap into the hotel’s swimming pool to escape the flames.

Several witnesses claimed they could not hear any fire alarms or announcements from the staff. 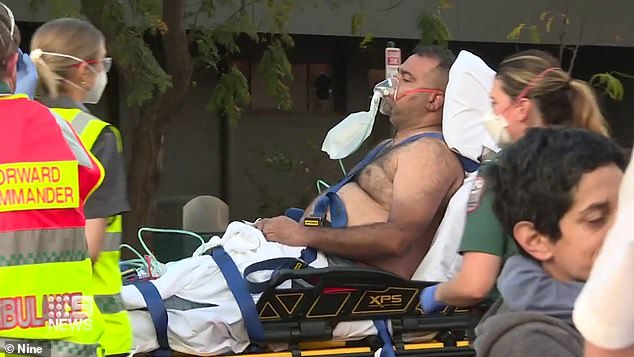 Three critically injured men aged 43, 44 and 54 are receiving treatment in ICU at Royal Adelaide Hospital’s burns unit while another four were treated for injuries 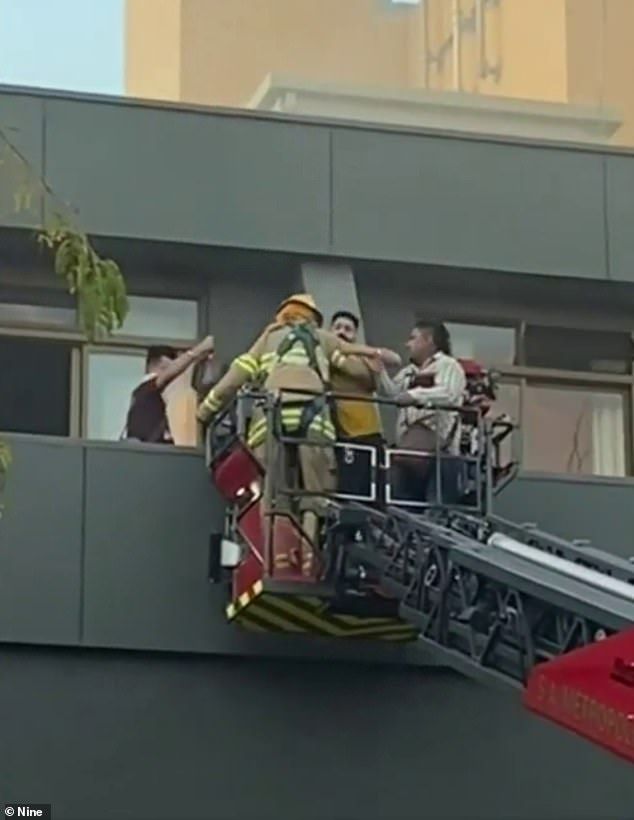 Johan Linde said he was woken up by a domestic dispute and ‘explosion’ moments before the fire started.

‘I could hear this really loud shouting, it sounded like domestic violence, it was really aggressive,’ he told Adelaide Now.

‘Someone was yelling “help me, help me” then there were these explosions and all this commotion. 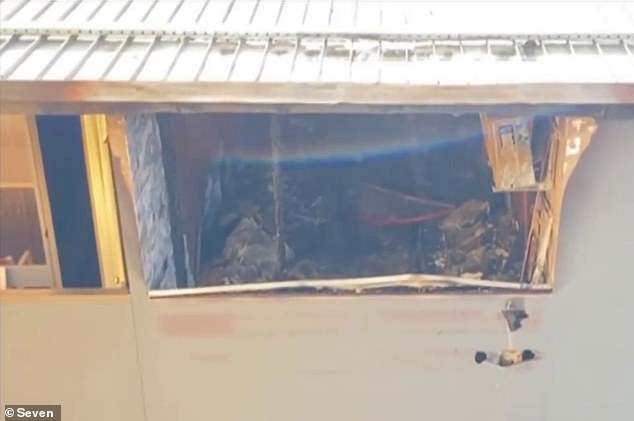 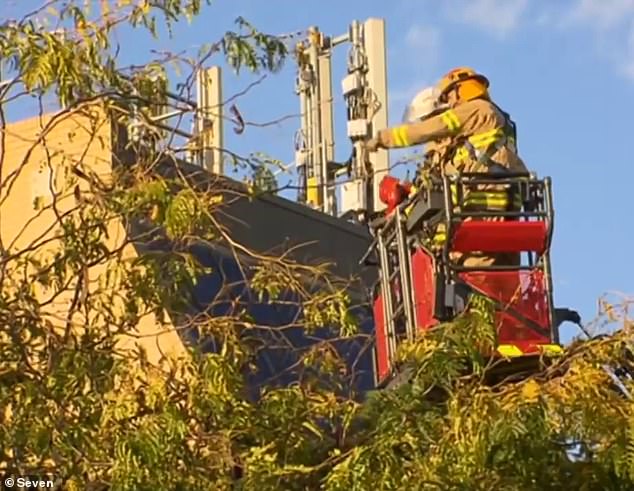 ‘I could hear a beeping like we had left the fridge door open and then people were shouting there was a fire. There wasn’t any fire alarm or anything coming over loud speakers.’

South Australian Police said firefighters rescued over 15 people from the hotel using ladders and aerial equipment. There were 95 rooms in total that were evacuated.

Criminal investigators spoke to guests at the scene while 46 firefighters worked to control the flames.

Early investigations have ruled the fire as an accident.