North Carolina boy discovered with maggots in his diaper

A North Carolina couple has been charged with felony child abuse after finding seven malnourished and unclean children living in their home, including one 18-month-old baby with maggots in his diaper.

Following a welfare check at their home on Friday night, Jamie Leigh Hiatt, 25, and Michael Patrick McKnight, 26, of Lexington, North Carolina, were arrested and charged with six counts of misdemeanor child abuse and one count of felony child abuse, according to local police.

Of the seven children found in the home, McKnight is said to be the father of three of the children, while Hiatt is the mother of the other four children. 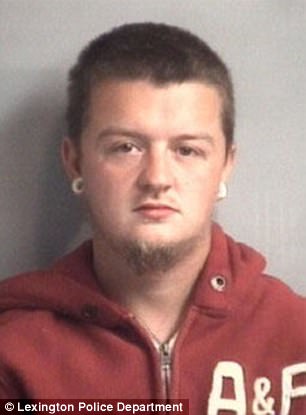 Jamie Leigh Hiatt, 25 (left), and Michael Patrick McKnight, 26, were arrested and charged with felony child abuse after authorities found seven children were malnourished and living in filthy conditions in their home, including one 18-month-old who had maggots in his diaper

During the welfare check, Lexington police officers said that they found seven children under the age of six that were malnourished and living in ‘very filthy and unhealthy living conditions,’ according to a report obtained by THV11.

Lexington Police Department Cpt. Michael Hunt told The Dispatch that upon walking inside the house, the officers ‘reported an overwhelming smell of feces and urine.’ Hunt added that the ‘overall condition of the home was nasty’ and that it was clear that the malnutrition was an ongoing issue.

Both animal and human urine and excrement were said to be found throughout the home, contributing to the unhealthy living conditions.

EMS were called to the home due to childrens’ state. A one-year-old and twin 18-month-old babies were taken from the home to Lexington Medical Center, where it was discovered that one of the twins had maggots inside his diaper. 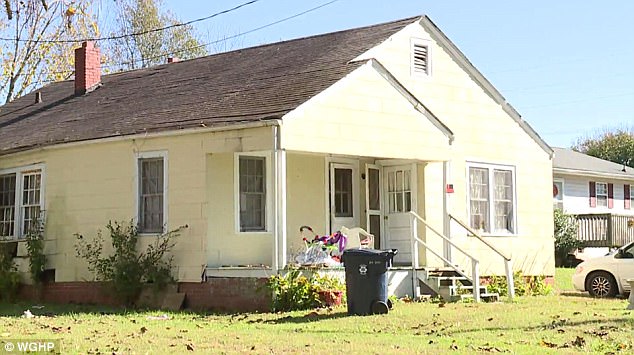 During a welfare check, authorities found seven malnourished children living in filthy conditions inside this home in Lexington, North Carolina 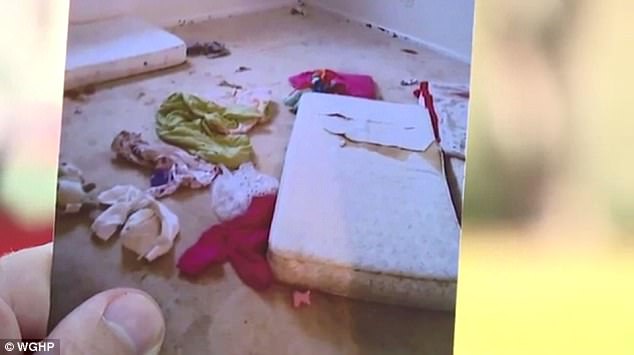 A picture showing the ‘unhealthy’ and ‘nasty’ home the children lived in, which included the presence of both animal and human urine and excrement throughout the home

The three children were then sent to Brenner Children’s Hospital for additional treatment and listed as being in fair condition, WGN9 reported.

The one-year-old has since been released to Davidson County Social Services.

The other four children in the home were taken away and placed in the care of their other relatives or in foster care.

Authorities said that additional charges may be added and that the couple’s court date is set for November 20.