A toddler took the time to film an adorable and highly scientific lesson about today’s solar eclipse.

Wannabe astronaut Zia Purohit talks viewers through the eclipse while dressed in a space suit costume in her North Carolina home.

She even explains the differences between the three types of shadows that can result from an eclipse – umbra, penumbra and antumbra.

After using models as visual aids the three-year-old signs off by telling people to enjoy the eclipse safely.

‘Do not look at the sun directly,’ she says. ‘Wear protective eye gear. Be safe.’ 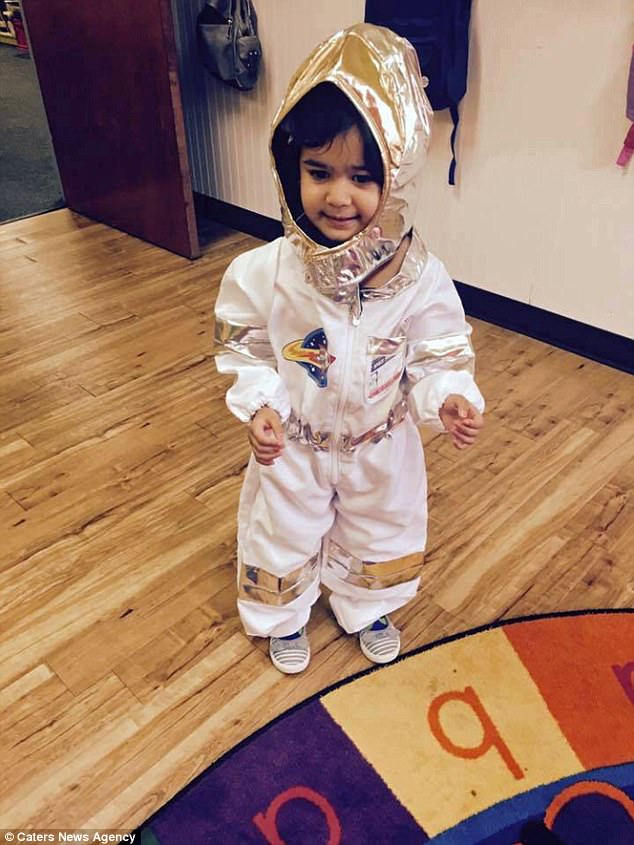 Some states have a better chance of seeing today’s eclipse, with Oregan and Idaho forecast having the clearest skies in which to see it.

South Carolina is the area most likely to have the experience obscured by rainfall and clouds.

And thunderstorms expected in Midwest states that include Nebraska, Missouri and Kansas, could mean the eclipse goes unseen.