A North Carolina man won $2million from the Mega Millions lottery after playing numbers he got inside a fortune cookie.

Claude Guezodje, of Charlotte, North Carolina, was one of two lottery players in the US who won the $2million prize on April 21.

‘Those numbers were from a Chinese fortune cookie and random numbers I picked for myself,’ Guezodje told NC Education Lottery. ‘I just liked those numbers and put them together.’

Guezdoje won with the fortune cookie numbers after deciding to swap them in for the set of numbers that he had consistently used for the past nearly five years.

Guezdoje and his work crew had decided to meet near the convenience store before heading off to a project on I-85 and U.S. 321.

He said he stopped at the store to pick up supplies – and the lottery ticket – along the way. 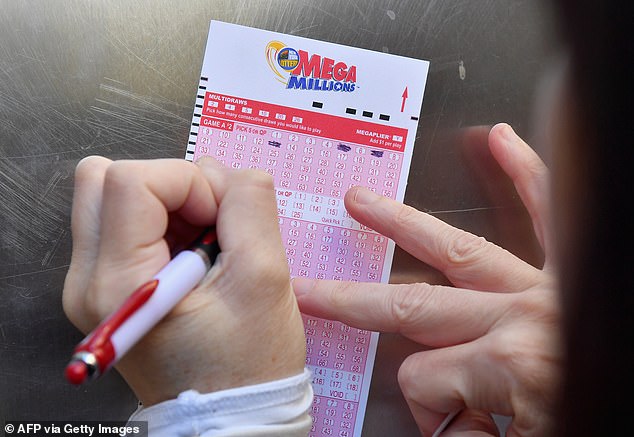 Guezodje bought the ticket at the BP Mini Mart in Gastonia, North Carolina, on the way to work

Guezodje said that ‘The first thing I’ll do is pay off my car and try to find a small house – nothing crazy.’

He added that ‘And then of course I want to help my family back home.’

As North Carolina is still under a stay-at-home order, Guezodje said that he discovered that the lottery had lifted its requirement that anyone winning prizes of over $100,000 claim the money in person.

After mailing in his form, Guezodje was able to claim $1.4million on Tuesday, after federal and state withholdings were deducted from his prize amount.

Guezdoje won $1million after matching all five white balls, but thanks to also matching the $1 Megaplier, his prize was doubled.

Winning the $2million prize amounts was a one in 12.6million chance, according to lottery officials.