Caitlin Little can’t remember what day of the week, what classes she’s taking or how to open the door to her family’s van after a seemingly innocuous bump on the head.

The teenager’s brain essentially erases her memories from that day in her sleep so she forgets everything, and doctors have been unable to find a solution.

In October 2017, Caitlin, then 14, was attending cross-country practice when she was accidentally hit in the head by a teammate.

Her parents took her to the hospital in Greensboro, North Carolina, where doctors said she had a concussion and said her memory would likely be back to normal in three weeks, reported Fox 8.

But it’s been 18 months since the accident and Caitlin, now 16, can’t remember anything for longer than 12 hours.

Doctors diagnosed her with a form of amnesia that occurs after a traumatic brain injury that resets at the end of the day, causing all memories from the day before to be wiped. 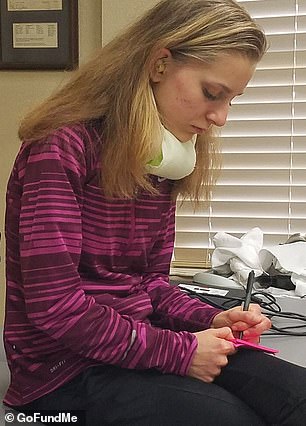 Caitlin Little, 16 (left and right), from Greensboro, North Carolina, was hit on the head during cross-country practice in October 2017. She was diagnosed with anterograde amnesia, which is the inability to create new memories after the event that caused amnesia 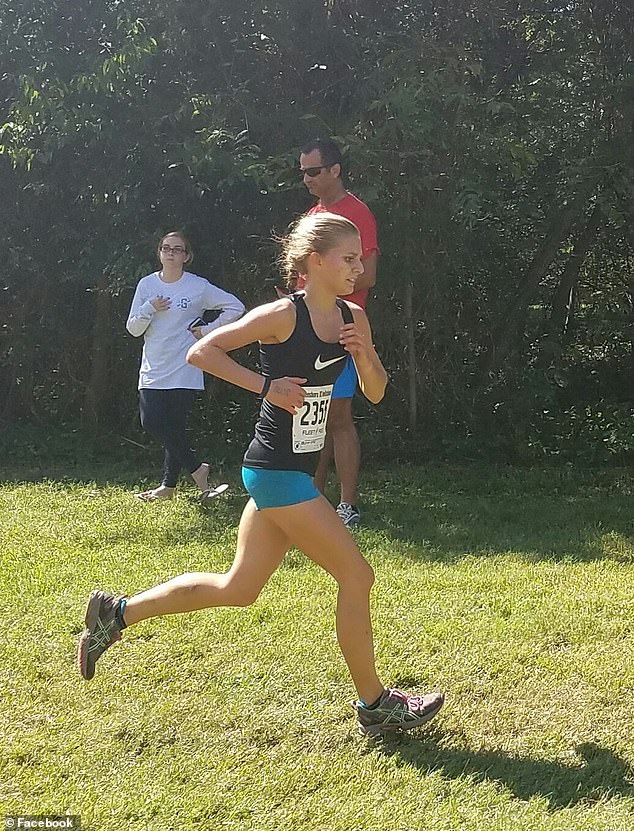 Caitlin’s brain erases her memories of the day as she sleeps, causing her to forget everything. When she wakes up every morning, she believes it is the day after her injury occurred. Pictured: Caitlin running cross-country

Doctors diagnosed Caitlin with anterograde amnesia, which is the inability to create new memories after the event that caused amnesia.

However, sufferers often have long-term memories that occurred before the incident remain intact.

Normally, the thalamus – which encodes memories – has neurons that make connections with the cortex, containing the hippocampus, which stores memories,

Researchers believe anterograde amnesia can result from damage to the thalamus, because the connections with the cortex are disrupted.

There is no cure for the condition, but there are strategies recommended to help jog the memory including journals, diaries, notes, family support and occupational therapy

In Caitlin’s case, her brain erases her memories of the day as she sleeps, causing her to forget everything.

When she wakes up every morning, she believes it is the day after her injury occurred.

Her father, Chris, wakes her up every morning saying: ‘Hey, sweetheart, you got hit on the head during cross-country practice and you’ve been out of things for a while’ according to Fox8. 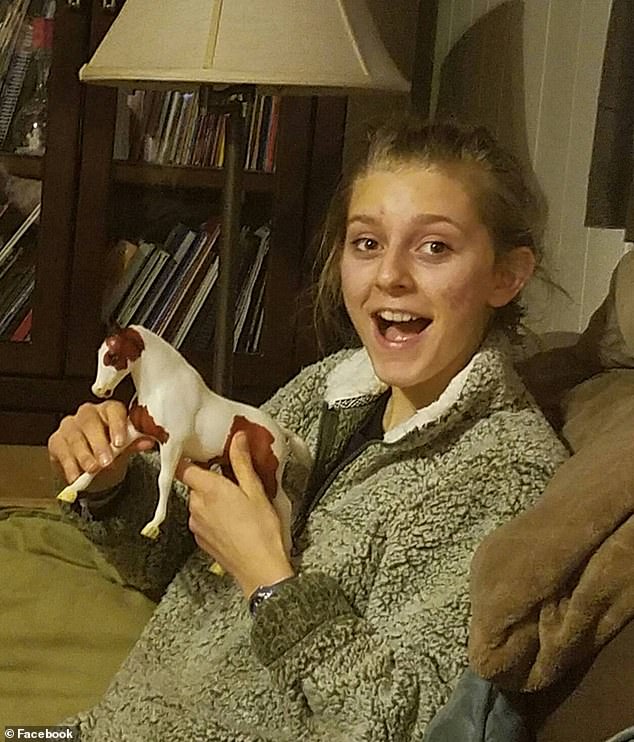 Her family uses Post-it notes around the house in attempt to help jog her memory and remember what she likes. Pictured: Caitlin 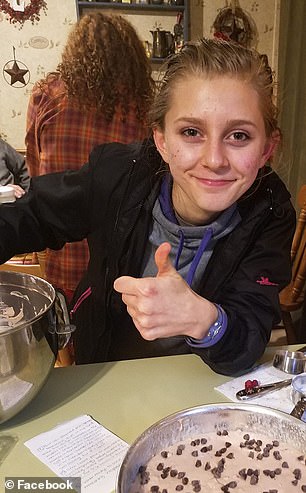 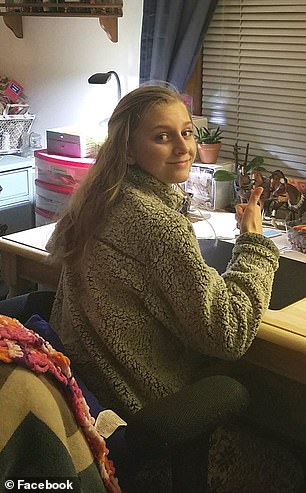 The Littles have visited several doctors but not one has been able to identify why Caitlin’s brain resets each night. She’s currently meeting with doctors in Texas for new form of therapy. Pictured, left and right: Caitlin

Every day, Caitlin is reminded what day of the week it is and what classes she attends at Southeast Guilford High School.

Her sister, Sarah, told the station the the family has put Post-it notes on everything in the house to help Caitlin go about the day.

‘It’s like living in Alice in Wonderland,’ she said. ‘Because in there they have “eat me,” “drink me,” “use this” and that’s all of her sticky notes everywhere – “use this,” “you’ll really like this.” It’s sort of what you do.’

The Littles have visited several doctors, but not one has been able to identify why Caitlin’s brain resets each night.

According to a post on a GoFundMe page, Caitlin and her parents are meeting with a team of doctors in Texas to try a new form of therapy, although it’s unclear what type of therapy the teen is undergoing.

A family friend started the page to help cover the cost of treatments and living expenses while in Texas. So far more than $12,000 has been raised out of a $30,000 goal.