North Korea is preparing for another nuclear test by excavating an underground tunnel, Japan has warned.

The country’s Foreign Minister, Taro Kono, said North Korea ‘is doing everything possible to prepare for the next nuclear test’.

He added: ‘It is currently extracting earth from an underground tunnel where the previous test was carried out.’

Mr Kono had previously alleged the secretive state ‘does not reveal its intentions to the outside world in terms of denuclearisation’. 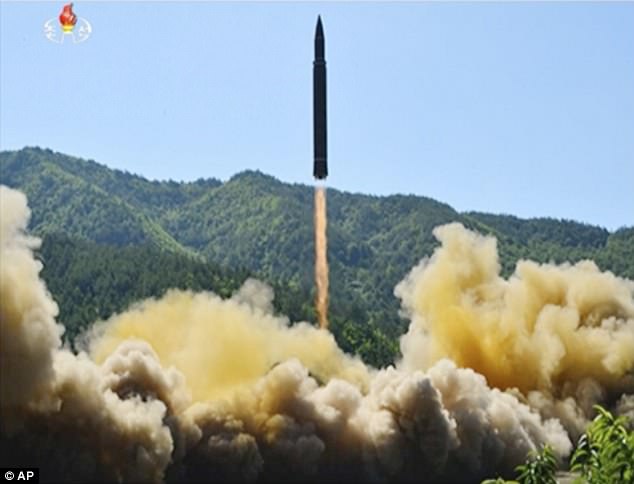 Mr Kono had previously alleged the secretive state ‘does not reveal its intentions to the outside world in terms of denuclearisation’. Pictured: A missile launch broadcast on North Korean state television last year 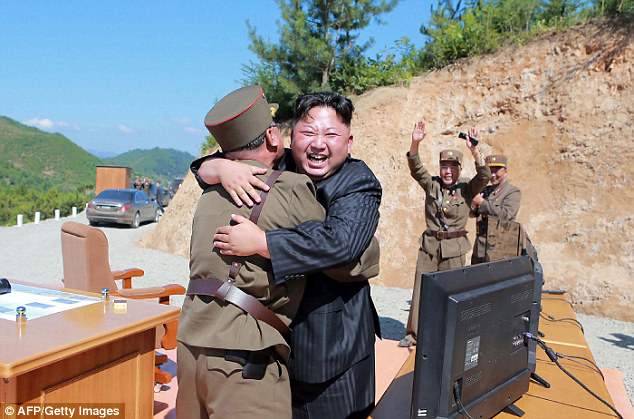 It comes only days after the secretive state’s despot Kim Jong-Un promised to scrap his nuclear weapons if US military threats against North Korea were stopped.

Kim last year declared his country was a fully fledged nuclear power after launching a new missile that he claims can strike anywhere in the world.

Nuclear weapons are regularly tested underground to ensure radioactive material can not reach the surface and contaminate the environment. 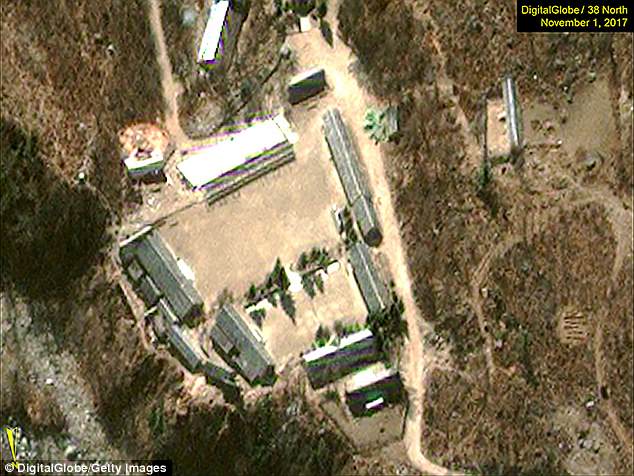 One tunnel at a North Korean nuclear site was said to have collapsed last year, killing up to 200 people at the Punggye-ri nuclear test site

But the release of radiation from an underground nuclear explosion could give away clues to the technical composition and size of the detonated weapon.

Test sites are usually chosen in places far away from population centres and are carefully surveyed to ensure suitability.

The weapon is placed into a hole or tunnel drilled to between 650 and 2,600ft below the surface.

One tunnel at a North Korean nuclear site was said to have collapsed last year, killing up to 200 people at the Punggye-ri nuclear test site.

The disaster is believed to have been caused by a sixth nuclear test which weakened a mountain.

The test triggered landslides in the detonation area and beyond, according to satellite pictures taken the day after. 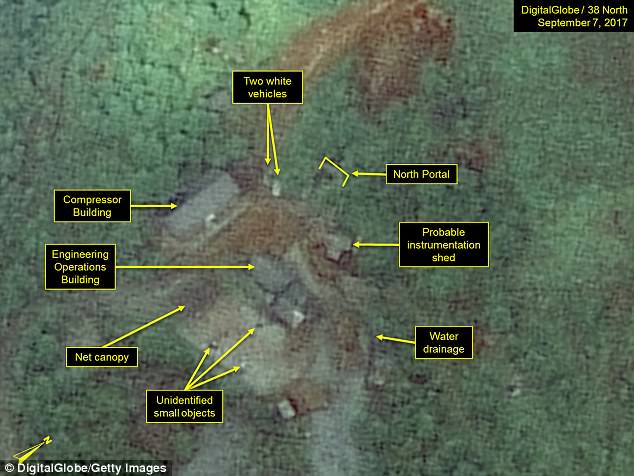 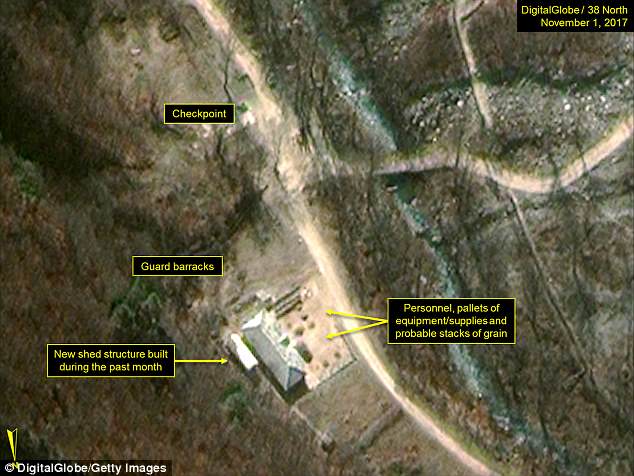 The images published by the 38 North website showed changes in the surface at Punggye-ri where the ground had been lifted into the air by the tremors. Small landslides followed the course of stream beds.

The blast caused a 6.3-magnitude earthquake, according to the US Geological Survey, followed a few minutes later by another with a magnitude of 4.1.

Japan assessed the yield from the test of what the North said was a hydrogen bomb at 120 kilotons, eight times the size of Hiroshima in 1945.