North Korea’s foreign minister on Saturday told the United Nations there was ‘no way’ that his country would disarm first as long as the United States continued to push for tough enforcement of sanctions against Pyongyang.

Addressing the United Nations General Assembly, Ri Yong Ho accused Washington of creating a deadlock in talks on denuclearization of the Korean peninsula.

‘The recent deadlock is because the US relies on coercive measures which are lethal to trust-building,’ Ri told the assembly.

‘Without any trust in the US, there will be no confidence in our national security and under such circumstances, there is no way we will unilaterally disarm ourselves first.’ 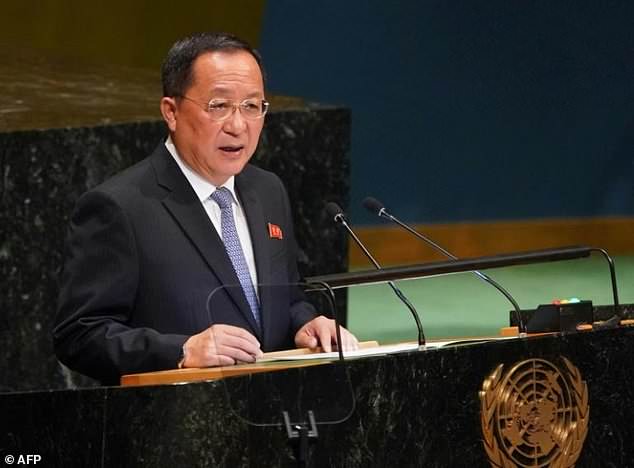 The United States is insisting on a ‘denuclearization-first’ policy that ‘increases the level of pressure by sanctions to achieve their purpose in a coercive manner,’ said the foreign minister.

‘The perception that sanctions can bring us on our knees is a pipe dream of the people who are ignorant about us.’

A landmark summit between President Donald Trump and North Korean leader Kim Jong Un in June led to a warming of ties and a halt in Pyongyang’s missile launches, but there has been little concrete progress toward denuclearization. 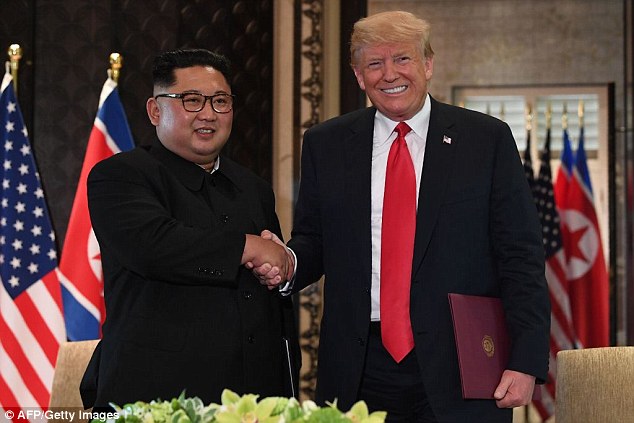 North Korean leader Kim Jong-un met Donald Trump in June to discuss the denuclearization process, which appears to have stalled 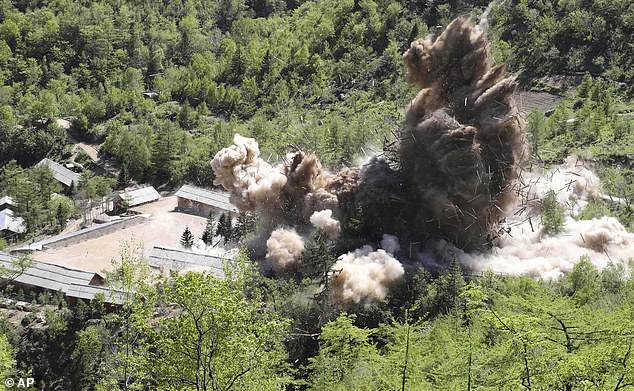 Ri told the UN assembly that his government had stopped nuclear and missile tests, dismantled a nuclear test site and continued to make efforts to build trust, but saw no reciprocal action (pictured: command post facilities of North Korea’s nuclear test site are exploded in Punggye-ri in May)

This week, Ri met with US Secretary of State Mike Pompeo, who agreed to return to Pyongyang next month to discuss US demands that the North scrap its weapons programs.

Pompeo will also try to arrange a second summit between Trump and Kim, whose June meeting in Singapore was the first ever between sitting leaders of the long-time enemy states.

Ri told the UN assembly that his government had stopped nuclear and missile tests, dismantled a nuclear test site and continued to make efforts to build trust.

‘However we do not see any corresponding response from the US,’ he said.