North Korea threaten to turn US and South Korea to ‘ashes’

North Korea has threatened to turn the United States into ‘a heap of ashes’ in a fiery response to war games between the U.S. and South Korean militaries.

Pyongyang today vowed ‘merciless retaliation’ for the exercises, as it branded Britain a U.S. subordinate state who had let its mercenary troops join the military drills.

‘The US imperialists and the South Korean war maniacs Monday launched Ulji Freedom Guardian joint military drills aimed at a preemptive attack on the DPRK,’ KCNA stated according to Xinhua news agency.

‘Even mercenaries from seven vassal countries, including Australia and the UK, have joined them.

‘The situation on the Korean peninsula has plunged into a critical phase due to the reckless north-targeted war racket of the war maniacs.’

The KCNA also attacked U.S. President Donald Trump, describing him as a leader who frequently tweets ‘weird articles of his ego-driven thoughts’ and ‘spouts rubbish’ to give his assistants a hard time.

It criticized South Korea’s ‘puppy-like’ defense minister, who it said was ‘running wild’ while relying on the ‘master of the White House. 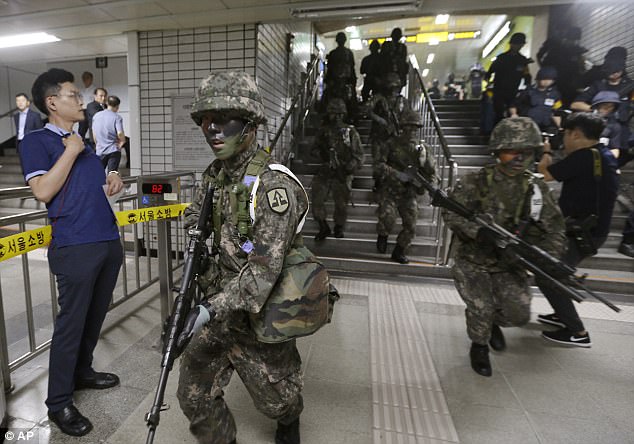 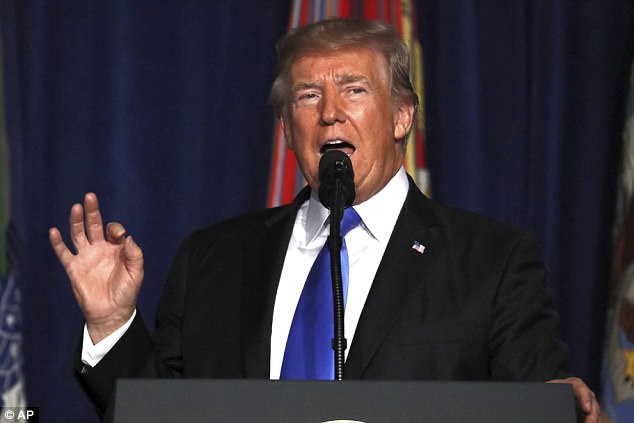 This came after  U.S. military commanders dismissed the calls for Washington and Seoul to pause or downsize their joint military exercises.

No field training like live-fire exercises or tank maneuvering is involved in the drills, in which alliance officers sit at computers to practice how they would engage in battles and hone their decision-making capabilities. The allies have said the drills are defensive in nature.

Adm. Harry Harris, the commander of U.S. forces in the Pacific, told reporters in a visit to South Korea on Tuesday that while finding a diplomatic solution to the North Korean nuclear problem is the priority, there’s a need to support diplomacy with ‘credible combat power.’

Vincent Brooks, commander of U.S. Forces Korea, says the allies should continue the war games until they ‘have reason not to.’

‘That reason has not yet emerged,’ he said.