North Korean´s Kim Jong Un `gave his word he is…

South Korea’s foreign minister says North Korea’s leader has ‘given his word’ he is committed to denuclearisation, a prime condition for a potential summit with US president Donald Trump in May.

Trump has agreed to what would be historic talks after South Korean officials relayed that Kim Jong Un was committed to ridding the Korean Peninsula of nuclear weapons and was willing to halt nuclear and missile tests.

North Korea has not publicly confirmed the summit plans, and a meeting place is not known. 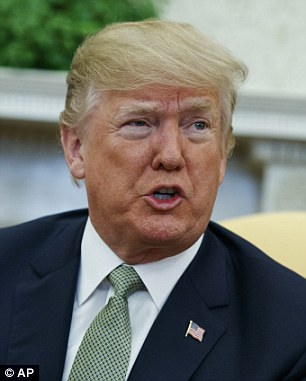 South Korea’s Kang Kyung-wha said Seoul has asked the North ‘to indicate in clear terms the commitment to denuclearisation’ and that Kim had ‘conveyed that commitment.’

She told American TV network CBS’s Face The Nation that ‘he’s given his word’ and it’s ‘the first time that the words came directly’ from the North’s leader.

Meanwhile, The top national security advisers of the United States, South Korea and Japan met over the weekend to discuss North Korea and strategize on how to engage with the ‘Hermit Kingdom.’ 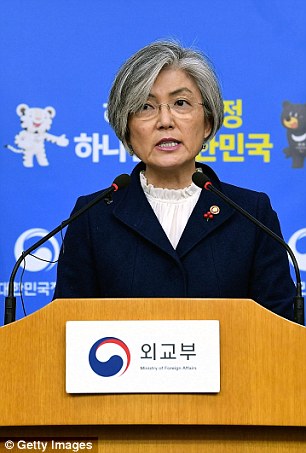 The security advisers from the three countries discussed the ‘complete denuclearization of the Korean peninsula’, agreed that ‘it was important to not repeat the mistakes of the past’ and to work together closely, the Blue House added.

That followed three days of talks between North Korean and Swedish foreign ministers on security on the Korean peninsula.

Sweden ‘engaged heavily’ on the issue of U.S. detainees during the talks between North Korean and Swedish foreign ministers, CNN reported on Sunday, citing unidentified sources with knowledge of the negotiations.

North Korea is pursuing its nuclear and missile programs in defiance of U.N. Security Council sanctions and has made no secret of its plans to develop a missile capable of hitting the U.S. mainland. 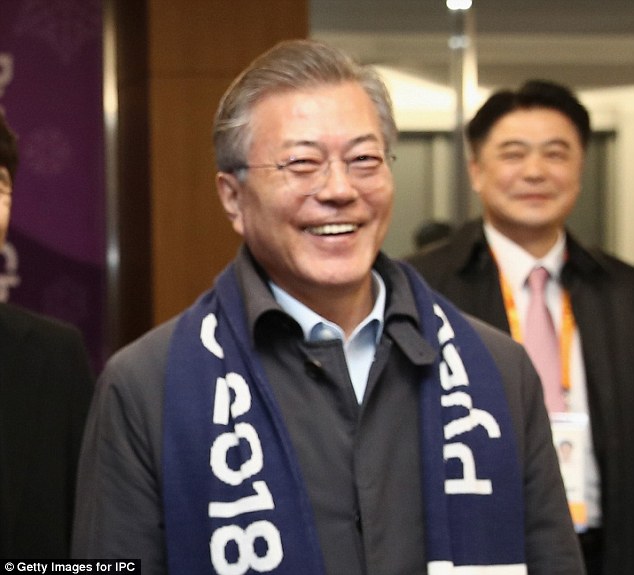