Having lost their way at the start of the season, the Wasps revival continued as the great entertainers returned to the Premiership scene to sink Northampton.

But the victory came at a cost to Eddie Jones, whose Red Rose squad fly to Portugal on Sunday evening. 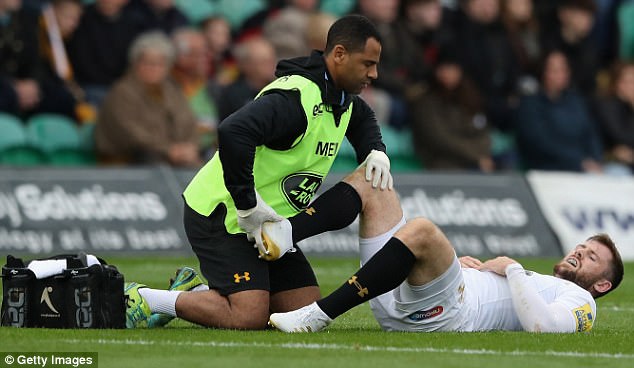 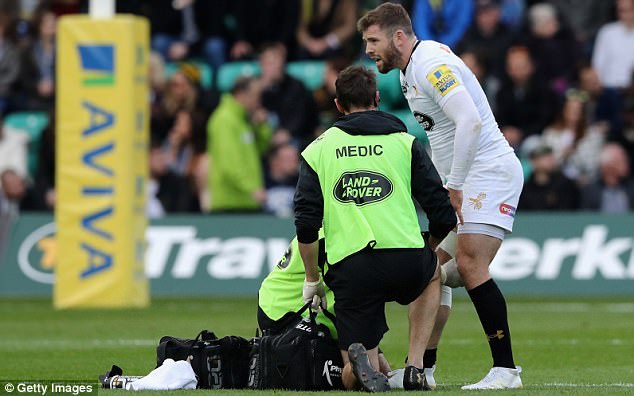 Centre Daly was taken off at half-time with a knee strain, before prop Mullan walked off with a bicep injury and No 10 Francis departed with an ankle problem.

‘Our medics will speak to the England guys and decide what to do,’ said Wasps head coach Dai Young. ‘With Elliot, hopefully it is just a collision injury that will settle down. Obviously it is a concern. It may be a ligament strain or it could be a contact injury. It would be a real shame if him or Matt miss the autumn internationals because I think they have worked really hard.’

With less than two weeks until the first Test against Argentina, Jones must make a call this morning on whether the casualties will join up for the pre-series camp. 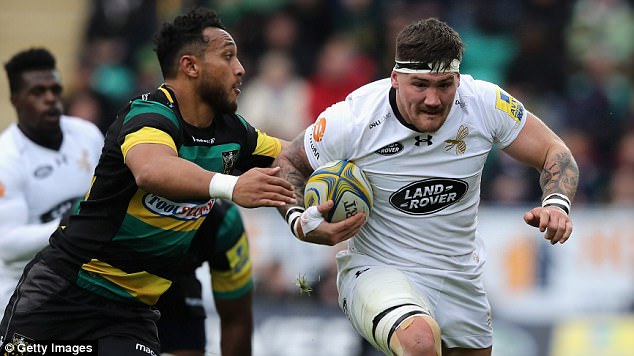 ‘Piers has done something to his ankle,’ added Saints head coach Jim Mallinder.’ We’re not exactly sure what. He did it early then got another knock. If there’s any doubt we’ll get him in to scan.’

Daly was instrumental to Wasps counter-attack. His side rediscovered the confidence to run from deep and backed up their free-flowing game with the defensive conducting of Juan de Jongh.

‘It wasn’t perfect,’ said Young, whose side trailed to Ashee Tuala’s early try after a poor kick chase. ‘But to get five points is a big fill-up for us. We’ve turned things around the last few weeks.’ 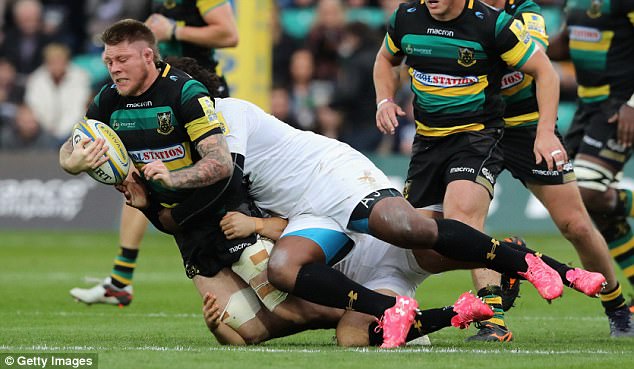 Wasps played with tempo and exploited space. Thomas Young dominated the breakdown – backed up by replacement Jack Willis – and Willie Le Roux picked out holes in the wide channels.

But it was Christian Wade sparked the Wasps revival after 32 minutes. It was the key moment – a 14-point swing – following a breathless passage of play when Tuala was turned over in Wasps’ 22.

‘It was a bit of a whirlwind,’ said Mallinder. ‘It’s been a bad month and today just wasn’t good enough. The lads were up for it in terms of physicality but we just weren’t with it in terms of accuracy.’ 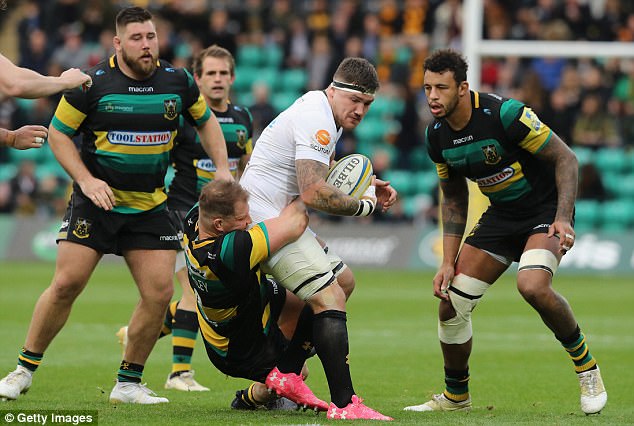 A yellow card for Ben Foden compounded Northampton’s problems. Wasps exploited their shortage of numbers, as imposing hooker Ashley Johnson scored out wide after No 8 Guy Thompson sucked in defenders with a powerful carry down the right.

Then winger Josh Bassett capitalised on poor tackling for his side’s third, before De Jongh securing the bonus point after 76 minutes.

Saints replacement Harry Mallinder galloped down the left wing to have the final say in the dying moments but, for both Northampton and England, the damage had already been done.