Northampton have sacked Keith Curle as manager with the side 23rd in League One.

With just one win in their last 10 games the Cobblers are stuck in a relegation battle and the club announced they came to the decision to sack Curle, and his assistant Colin West, ‘with a heavy heart’.

‘We have a huge amount of respect for Keith and Colin and we will always owe them a debt of gratitude for the promotion they achieved but we feel a change is now required,’ chairman Kelvin Thomas said in a statement.

‘Our results, and in particular our lack of goals, have left us in a very difficult position in the league and we believe that this decision is in the best interests of the club as we battle to retain our League 1 status.

‘Keith and Colin leave with our thanks and our best wishes and their time at the club will go down as a success, especially managing us through the difficult period of Covid 19.’

Jon Brady, Northampton’s Under 18s coach, has been placed in temporary charge while a successor is found for Curle. 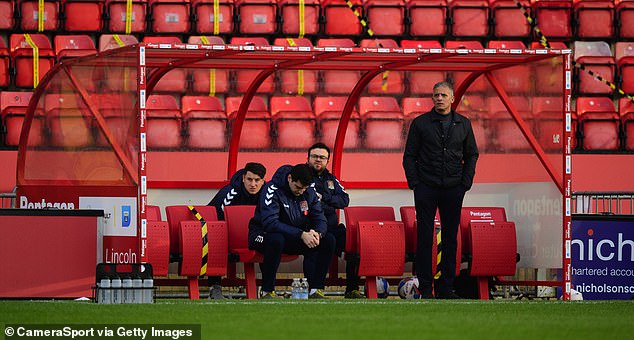 Brady will be assisted by Ian Sampson and Marc Richards, starting with Saturday’s mammoth game at home to rock-bottom Burton Albion.

The decision to dismiss Curle and West came less than 24 hours after they were beaten 1-0 by Wigan.

One of the biggest pitfalls of Northampton this season has been their dearth of goals.

Curle’s side managed just 20 goals in 26 games, making them the lowest scorers in the third tier. They have scored just once in their last six games. 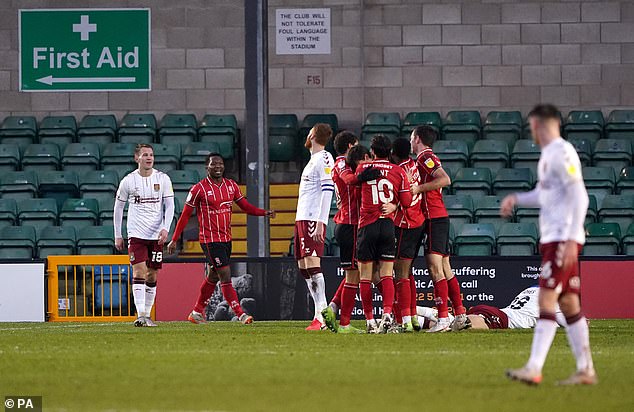