Northeast braces for wintry wallop on 1st day of spring

Parts of the Northeast are bracing for a wintry wallop on the first full day of spring with a powerful storm set to dump more than a foot of snow on Philadelphia and New York City.

The National Weather Service says a powerful storm packing heavy, wet snow and strong winds could dump up to 18 inches of snow in some locations on Wednesday.

It will be the fourth nor’easter to smack the region in the last three weeks.

The bulk of the dangerous, wind-driven snow and sleet is expected to wallop New Jersey, Maryland, Delaware and parts of eastern Pennsylvania before heading off to Nantucket early Thursday.

The National Weather Service says a powerful storm packing heavy, wet snow and strong winds could dump up to 18 inches of snow in some locations on Wednesday

A foot to 16 inches of snow is expected in New York City, while Philadelphia could get slightly more.

Sleet and freezing rain are expected by Tuesday afternoon, the first day of spring.

The mixed precipitation should turn to all snow by late Tuesday and continue through most of Wednesday.

Widespread power outages are possible, especially on Wednesday, with gusts blowing up to 35 mph. 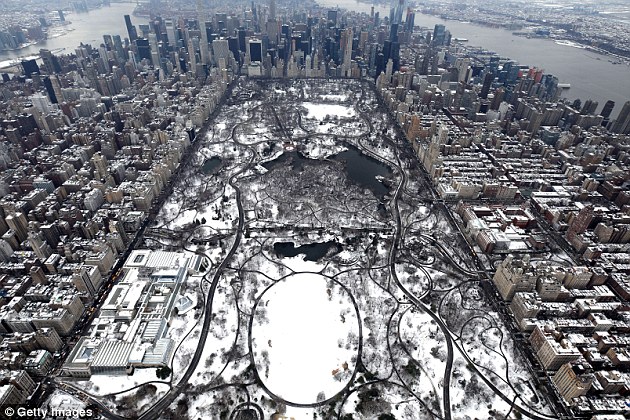 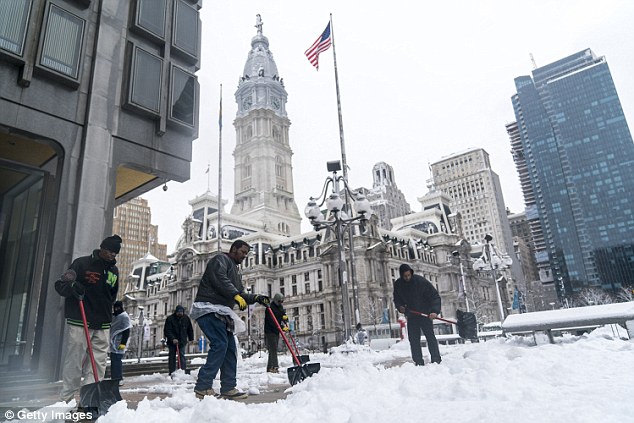 Storm watches continue for the Washington DC and Baltimore areas.

The third Nor’easter, which arrived on March 12, mostly affected Connecticut and Long Island.

More than 18 inches were recorded in Southampton and 11 inches in Newtown during the third storm.

Millions of residents were left without power and thousands of flights were canceled. 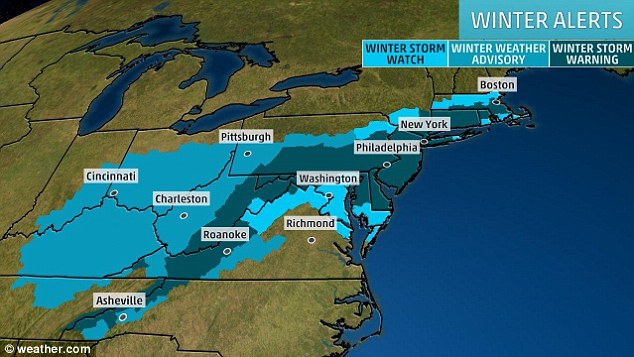 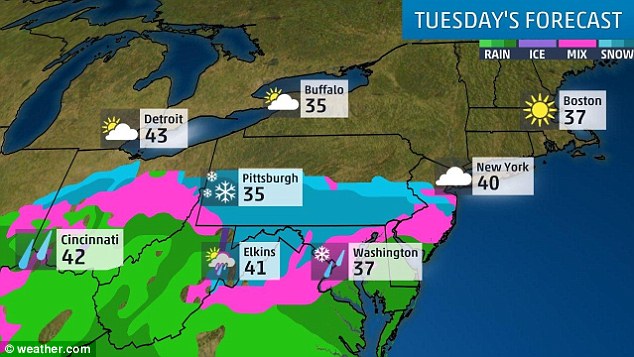 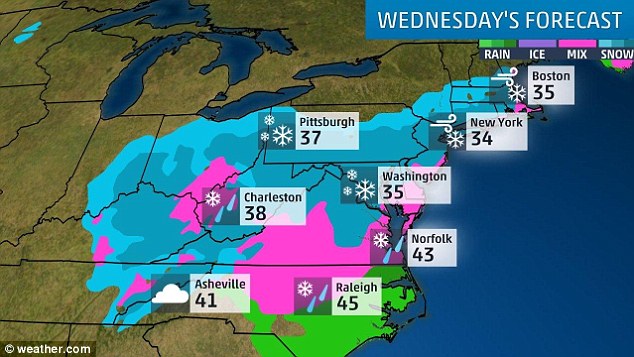 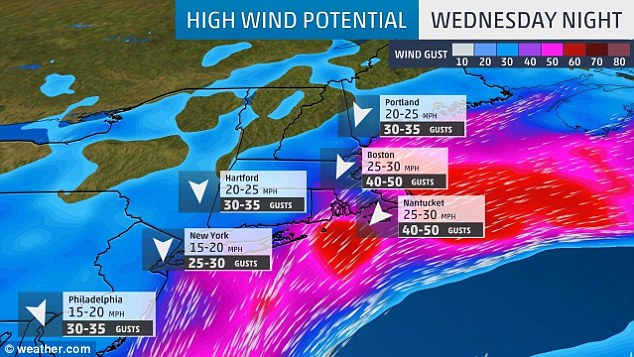