Northern Rail has been voted the worst train company in the country.

Only 72 per cent of passengers were satisfied with the operator’s performance over the autumn, according to a survey by the Transport Focus watchdog.

The dismal score, from a survey of 28,000, is the lowest in 20 years and follows months of delays, cancellations and strikes.

It came as Government sources said ministers are scheduled to confirm today whether Arriva-run Northern Rail will be stripped of its franchise and, effectively, renationalised

Northern achieved the dismal rating after months of delays, cancellations and strikes

Transport Secretary Grant Shapps has indicated he is ready to take the step, but has also examined the option of allowing the troubled operator to continue on a short-term basis.

In the customer survey, TransPennine Express, the other major rail operator in the North, was the joint fourth worst, with only 79 per cent of passengers satisfied.

West Midlands Trains was the second-worst operator, with 73 per cent of passengers satisfied, while South Western Railway was third-worst with 74 per cent.

But the survey found that overall satisfaction is at 82 per cent, up from 79 per cent last year.

Robert Nisbet, of industry body the Rail Delivery Group, said: ‘While we are working hard to address challenges on some routes, today’s improved satisfaction scores show that passengers are feeling the benefits of investment in thousands of new carriages and extra services.’ 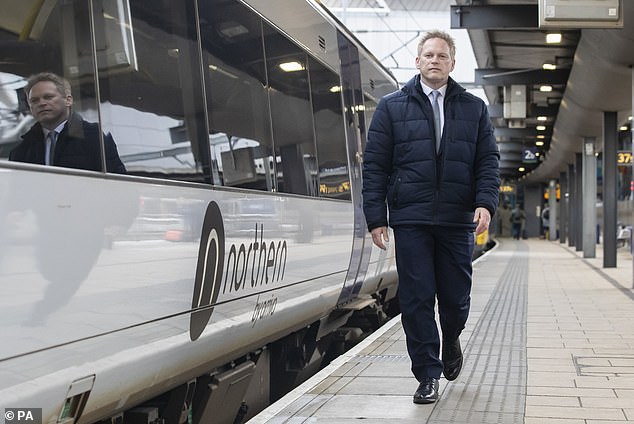 Transport Minister Grant Shapps, pictured in Leeds, could make a decision on whether to strip Northern rail of its franchise today