A mum-to-be is getting ready to have her baby alone after she went into labour just two days after her husband passed away suddenly.

His wife Vivian, who is pregnant with the couple’s child, went into labour on Monday and is preparing to give birth at any moment.

‘Right now Vivian is getting induced and will enter the birthing process without her partner,’ a friend said on the fundraising page.

‘She will come home to a house that was set up to create memories and love but will now face the full force of grief and the sad realisation that the hopes and wishes she had for herself and her baby’s future were taken away just like that.

‘In this newborn bubble, that is meant to be one of the most beautiful times in your life, she will have to cope with loss and trauma.’

A close friend of the couple set up a GoFundMe page to support Vivian, already raising more than $10,000 for the heartbroken family.

‘On the evening of June 25th, John experienced a sudden cardiac event, which proved to be fatal,’ the fundraising page read.

‘If you had the pleasure of knowing John, you will understand the enormous hole now left in the hearts and minds of his family, friends, and the entire community of the Northern Rivers.’

The organiser of the fundraiser claimed the funds raised would go towards John’s funeral and to support Vivian raising the couple’s child.

John and Vivian lost their entire home and belongings during the devastating Lismore floods in late February.

The fundraiser mentioned that the couple had grappled with ‘a rough few months’ after the floods trying to gather what they could to support their unborn child. 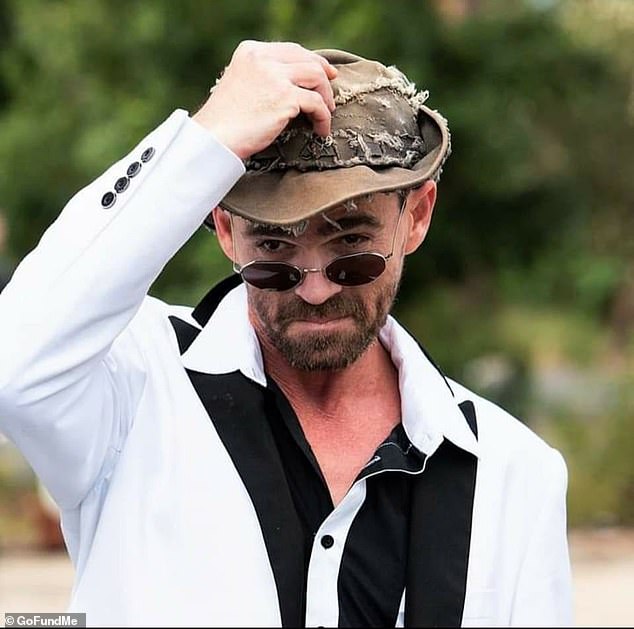 John was a music and theatre enthusiast and a front man for different bands.

He was the front man for the comedy rock band The Humans of Lismore (or THOL).

The band described itself as focusing on ‘local satire and specialising in the art of the live entertainment variety show’.

John is survived by his wife Vivian and his two children John Junior and Betty.

You can donate to the fundraiser here.