Northern Rock bailout ‘should have been kept secret’

The bailout of Northern Rock should have been kept secret to prevent panic, the former Governor of the Bank of England said last night.

Mervyn King revealed he wanted the emergency support offered to the stricken lender by the central bank in September 2007 to be kept under wraps.

But the rescue package was made public, triggering the first run on a British bank for 141 years as worried customers rushed to withdraw their savings.

The crisis at Northern Rock was followed a year later by the collapse of Lehman Brothers in the US and the bailouts of Royal Bank of Scotland and Halifax owner HBOS in the UK as the global economy crashed into recession.

Speaking to mark the tenth anniversary of the Northern Rock debacle, Lord King said his plan for a secret rescue was opposed by Northern Rock itself as well as the Financial Services Authority, the now defunct regulator.

‘Northern Rock itself and the FSA all felt it would be a good idea to reveal it,’ he told BBC Inside Out North East and Cumbria. 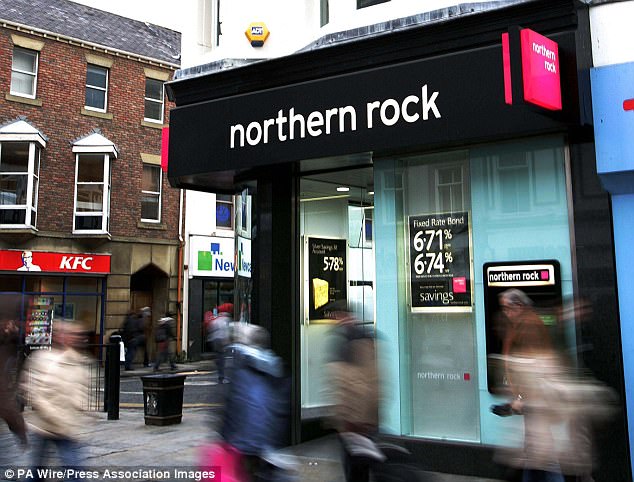 The bailout of Northern Rock should have been kept secret to prevent panic, Mr King said

‘My advice was very clear – that we should not reveal publicly the fact that we were going to lend to Northern Rock.

‘But the advice of the lawyers and the FSA was that this could not be done. It was against a European directive. Actually, none of my colleagues in Europe believed that for a minute.’

The Bank of England was forced to prop up Northern Rock in September 2007 as the financial crisis intensified.

News of the bailout first emerged on the BBC, sparking panic among Northern Rock customers who queued in their thousands the following day to get their money out.

Adair Turner, who joined the FSA as chairman in 2008, said no one at the time realised that Northern Rock was just the start of a far bigger crisis.

Speaking to the Daily Mail, Lord Turner said: ‘I thought Northern Rock was a real cock-up in an individual financial institution rather than something that was the harbinger of a wider financial crisis.

‘I didn’t feel then that this was the start of a financial crisis which would produce ten years of incredibly low growth and ten years in which interest rates would be close to zero.’ 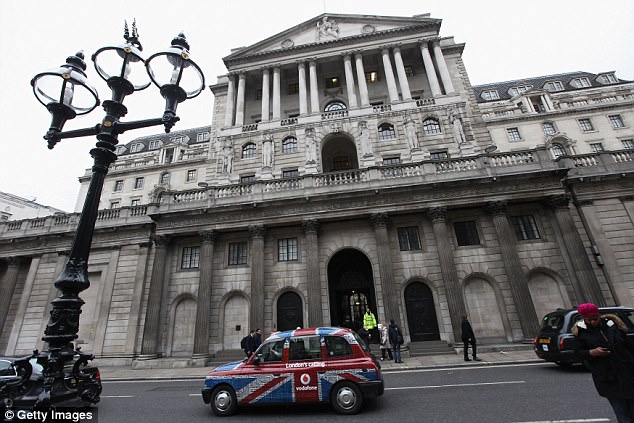 Alistair Darling, who was Chancellor of the Exchequer at the time of the financial crisis, dismissed suggestions that Lloyds could have rescued Northern Rock.

‘I’d have welcomed any approach that was going to work,’ Lord Darling told BBC Inside Out. ‘The problem was Lloyds showed an interest for a couple of days but never made an offer or anything.’

Lloyds later went on to buy HBOS – but the takeover quickly turned sour and the combined bank required a £20.5billion taxpayer bailout to stay afloat.

The crisis at Northern Rock sent shares in the company tumbling – wiping out the savings of staff and customers who owned the stock.

The bank was eventually nationalised in January 2008 – putting it under government control – before being sold to Virgin Money four years later.