Northern Territory forces Melburnians from 10 suburbs into 14 days quarantine, over 1100 in lockdown

Northern Territory bans Melburnians from TEN suburbs from entering unless they do 14 days quarantine as more than 1,100 are forced into lockdown at the Australian Open Covid breach

The Northern Territory has enforced an immediate 14-day quarantine on visitors from any one of 10 Melbourne suburbs.

Anyone arriving in the Territory from one of those areas after 3.30pm on Thursday will have to enter mandatory supervised quarantine – at no cost.

It is understood two flights from Melbourne arrived in the Territory at 11am on Thursday.

Melburnians who had arrived from one of the hot spots since January 29 will also have to self-isolate until they receive a negative result.

Visitors currently in the air will be intercepted at Darwin and Alice Springs airports and interviewed.

Those who have come from one of the Melbourne hot spots will be offered a free stay at Howard Springs, or the opportunity to catch the next flight home.

Northern Territory Chief Minister Michael Gunner reportedly said he does not expect the compulsory quarantine to last for long.

‘It’s best to go hard and be extra cautious until we know more’.

‘We are always cautious because we are the safest place in Australia and we want to stay that way,’ he said.

‘As we’ve seen around the country and around the world, when it comes to coronavirus no-one ever regrets being too careful.’

Previously anyone visiting the territory from a hotspot had to pay for their quarantine, $2500 per person. 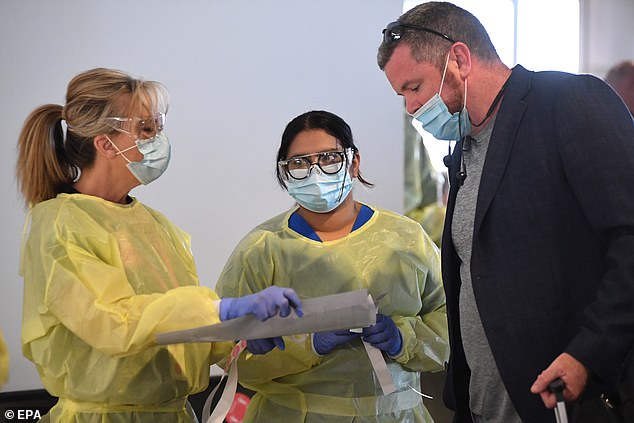 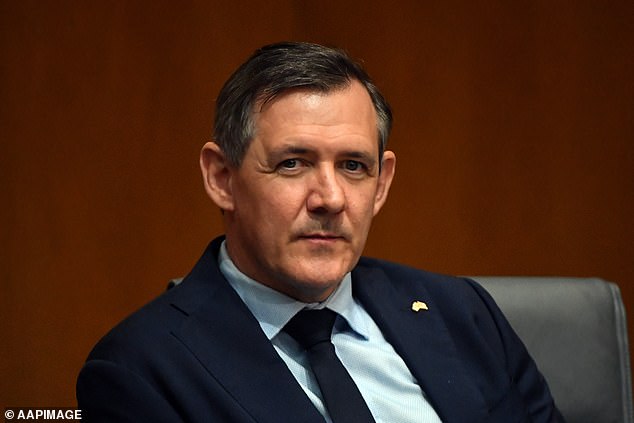 ‘We are always cautious because we are the safest place in Australia and we want to stay that way,’ Northern Territory Chief Minister Michael Gunner said

A further 600 casual contacts also have been told to isolate and get tested, as have 520 Australian Open players, officials and support staff.

Melbourne Park matches were suspended on Thursday but they’re set to resume on Friday.

Australian Open director Craig Tiley said the tournament would go ahead as planned from next Monday.

More than 50 localities in metropolitan Perth, the Peel region and Western Australia’s southwest remain hotspots for the purpose of travel to the NT.